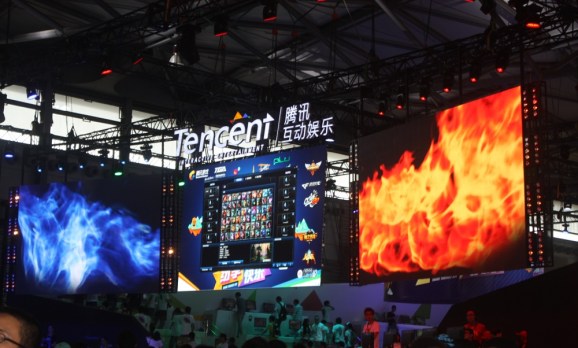 Tencent is one of the companies thriving with its own Android app market.

Odds are pretty good you haven’t heard about Tencent. But the company has become one of China’s Internet giants and, in the process of doing so, it has also become the world’s largest game company.

Profit growth slowed from previous quarters, but it is still pretty enviable, and the stock price is up.

Ma Huateng, the chairman and CEO of Tencent, said in a statement, “During the first quarter of 2015, we continued to expand our mobile user base and improve our engagement with users while delivering solid financial results. Our key mobile properties extended their leadership in China and continued to broaden user activities from social and communications to gaming, entertainment, media content, payment, and beyond.”

He added, “Driven by mobile-social and video advertisements, our total advertising revenue more than doubled year-on-year. Our Red Envelope gifting initiative spurred increased adoption of our payment solutions and boosted total payment volumes. Looking ahead, we aim to bring further technology benefits to users through our ‘Internet +’ strategy of connecting users with services in various vertical industries through collaboration with a broad range of partners.”

The Qzone service had 668 million users, an increase of 4 percent. During the quarter, Tencent invested in U.S. game company Pocket Gems and Europe’s Miniclip.

Revenues from smartphone games were more than $700 million, up 82 percent from a year ago. That makes Tencent the largest publisher of mobile games in China, the company said. Popular genres include quiz show and shooting games, and top titles include licensed titles such as I Am MT2, Infinity Blade Saga, Carrot Fantasy 3, Naruto, and the mobile version of DNF.