I was only in Iceland for a few hours for the SlushPlay conference before I set up my first meeting with developer Solid Clouds, and I don’t know if the Icelandic government would’ve let me leave the country before talking to the studio.

Solid Clouds is a new team in Reykjavik, and former CCP Games developers — the folks who worked on Eve Online — founded this studio. And it’s clear that the people tapped into the gaming scene in that country have big hopes for the developer. When I showed up to the SlushPlay event, which brought together some of the biggest brains in the gaming industry, an Icelandic government official responsible for economic development told me how excited she was that I was going to speak with Solid Clouds. With CCP’s $36 million in revenues every six months contributing significantly to the Icelandic economy as well as its reputation, you can see why others in the country are eager to re-create that success.

Gaming is so influential in Iceland that its president, Ólafur Ragnar Grímsson, took the stage to kick off SlushPlay with a speech about how important games and storytelling are to his people. 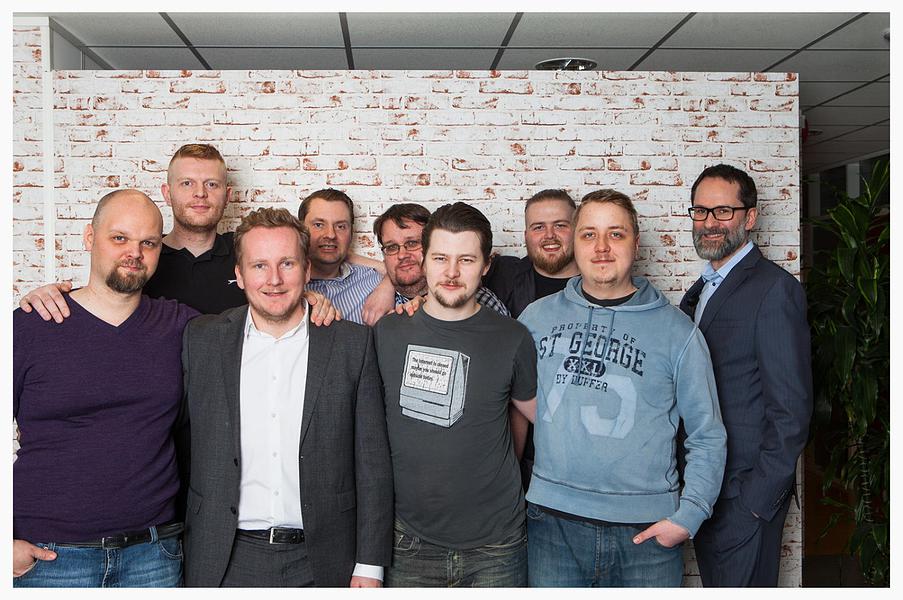 With those expectations on its shoulders, Solid Clouds showed me what it is making. It’s called Prosper, a free-to-play massively multiplayer strategy game for browsers and tablets. Solid Clouds is building it using the Unity graphics technology in combination with HTML5. This means it features beautiful visuals, but you don’t need a plug-in to start playing it on Chrome or Firefox.

And the game itself is like a board game come to life.

To set Prosper apart, Solid Clouds decided to focus on a certain aspect of its design, and that’s a gigantic map with 1.5 million hexagons.

If that sounds way too big, that’s because it is … for any one player. Prosper is a multiplayer board game for 20,000 to 25,000 simultaneous people, and you’re going to have to team up with many of them to win. And that’s another way that Prosper is different. About every six months, it ends — and one team wins.

“This is a grand strategy game,” senior producer Hrafnkell Óskarsson told GamesBeat. “This is a game where you compete for victory. Very few games in this space are like that. They’re just endless games. They’re ongoing servers that have been around for years.”

Óskarsson has a lot of experience with this. He comes from CCP Games and was the co-designer of Eve Online. Óskarsson thinks that having an end is important, and it’s really the map that enables gamers to think about an eventual situation where one team has clearly dominated the other.

“The map is almost like an afterthought in most of these games,” Óskarsson said.

An example is the megapopular free-to-play strategy game Clash of Clans. In that, you’re competing against thousands of others, but you never really see them until you go to the battle screen. Most of the time in Clash of Clans, you only ever see your city. If you zoom out, you won’t see your friends or enemies — they only exist in a menu.

“They don’t really show you countries or where your friends and enemies are,” Óskarsson said. “We wanted to turn that around and make the map the main view of the game. We do that to allow players to experience the game as much as possible through the map.”

So that means your units, bases, and fleets all exist in a physical place among the 1.5 million hexagons. But this isn’t about you building up an empire so huge that it dominates most of those spaces. Your war is much smaller and more manageable.

“You just zoom in on you station,” Solid Clouds co-producer Stefán Gunnarsson told GamesBeat. “You start with a home station in your territory. Then you go on like that. At the end of the game, after like six months, you should have 15 to 20 space stations and a few hundred hexes under your control.”

You’re always making a difference, but you’re a small part of a much larger team — or, as Solid Clouds calls it, an alliance. This is an extremely popular mechanic that has started to pop up in a ton of games. This makes your contributions count toward the advancement of a group of other players.

Joining an alliance also enables you to play how you want. You can try to own an enormous empire that requires almost constant attention, or you can manage something smaller, where you play for a few minutes a couple times a day. To win, alliances will likely need a good mixture of players with varying play styles. And Prosper supports that.

“You can play the game at a fairly high level by walking in for five to 15 minutes at a time, giving some basic commands — put some ships into production, send out some fleets, commence some fleet operations — and do that four or five times a day,” Óskarsson said. “You can still be playing the game very effectively that way.”

Óskarsson says that working on Eve Online taught him that enabling people with less time to contribute is very important.

“That was always one of the big stumbling blocks to playing Eve hardcore,” he said. “You had to be willing, at a moment’s notice, to go join a fleet operation that could take six or eight hours in the middle of the night. You never got a day off, and you’d just burn out. It’s not something that a lot of people can commit to.”

The arc of Prosper

When I talked to Solid Clouds, the team did spend a lot of time explaining the importance of the map. And when the studio got up on stage at SlushPlay to explain its project to investors during the pitch competition (it got an honorable mention but didn’t win), the virtually endless map was the core of its presentation. But I think the map is emblematic of what is really interesting about Prosper: that it is perhaps history’s biggest board game.

What the map and the end game truly enable is for Prosper to have an arc that requires a different kind of play at a different time in its life.

“The first couple of months, players are setting themselves up and expanding a bit,” Óskarsson said. “That’s the expansion phase or the building phase.”

Once players are established, they’ll have to spend months three and four deciding which alliance to join.

“You have all these neighbors you’ve been bumping into for the last couple of months,” Óskarsson said. “You have to ask yourself, ‘Who among them am I capable of working with? Which among them are very active?’ Just figuring out the political landscape, in a sense.”

That leads into the final two months of gameplay. This is when the alliances start going to war and start competing for the big win conditions. That is how real board games work — only Prosper is happening on a scale that is impossible for the physical world.

How Prosper wins and makes money

Solid Clouds is going after a space that is currently dominated by companies like InnoGames, which has long had success with its browser-based releases like Forge of Empires. You might not recognize that name, but you’ve probably seen the television ads the developer is always running.

InnoGames is all about empire-building. It has established a lot of success by focusing on these free-to-play web games.

For Prosper to compete, it’ll have to catch on early with positive word-of-mouth buzz and try to capture the kinds of people who enjoy stuff like Forge of Empires. Solid Clouds simply doesn’t have the budget to compete in the marketing game.

But it’s expecting to roll out into beta later this year, and it will try to get people will start to take notice. When they do start playing, the studio has already implemented ways for players to spend money.

Prosper is free-to-play, and Solid Clouds is going to let you spend real-world cash on speeding up production on a unit or to finish a mission faster. That’ll likely generate some income, but the studio will likely make even more from the arms race between alliances.

“We see in a lot of these games that a percentage of the player base is willing to spend a lot of money,” Óskarsson said. “Games that allow you to spend that money in a social way, a way that benefits your group, are doing it in a much better way than just letting you build something super powerful against everybody. We want to allow people to spend money in a way that gives an alliance-wide bonus. It’ll cost a lot of money, but we see in a lot of social games, or even games like Eve Online, that that’s just the norm for the player base. There are always people out there that have a lot of money and are willing to spend it to benefit their group.”

This sort of dampens the pay-to-win aspect of Prosper’s in-game purchases. Sure, an alliance will probably need one of these benefactors to compete, but it’s likely that each team will have at least one guy willing to pay for those big bonuses. This is already happening in stuff like Game of War and Clash of Clans.

Now, it’s just up to Solid Clouds to get the game out.

Prosper’s beta is probably going to start some time this summer, and Solid Clouds will spend the next year refining what it has before going live with a final 1.0 version in the spring of 2016. It’s definitely something interesting, and — in addition to the Icelandic government — it’s already received an endorsement from DayZ creator Dean Hall, who said he would “play the crap out of it.” That’s a start … now, let’s see if he’ll bring along 24,999 friends.