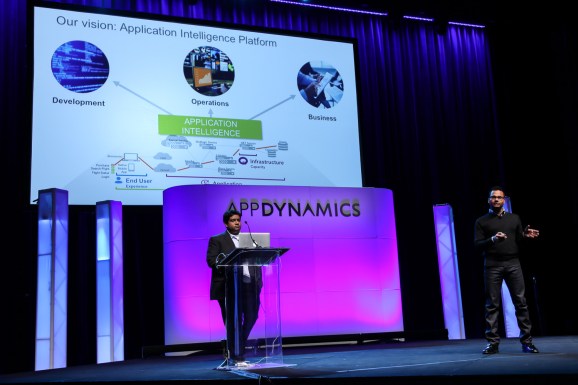 AppDynamics, a San Francisco company with software for monitoring application performance, today announced that its tool can monitor Docker containers, a hip technology for packaging up application code and easily moving it from one server environment to another.

Ironically, one of AppDynamics’ most direct competitors, New Relic, made a similar announcement just one week ago.

And lately startups have been introducing tools for monitoring Docker containers. That includes StackEngine and Twistlock.

The takeaway? Developers are using containers for writing applications in small, adjustable units sometimes referred to as microservices. And operations people are putting container-based applications into production, right alongside applications in virtual machines, through virtualization software from vendors like VMware and Microsoft. Now the application performance management vendors are quickly moving to support monitoring for containers. It’s what they have to do, lest they appear behind the times.

Docker containers bring new levels of flexibility, agility and portability to the integration process, and the AppDynamics platform enables teams to accelerate their troubleshooting and maintain the highest levels of application performance at every step, from daily integrations through delivery and deployment.

It’s important for AppDynamics to act quickly right now — it’s in a position to go public, as New Relic did in December.