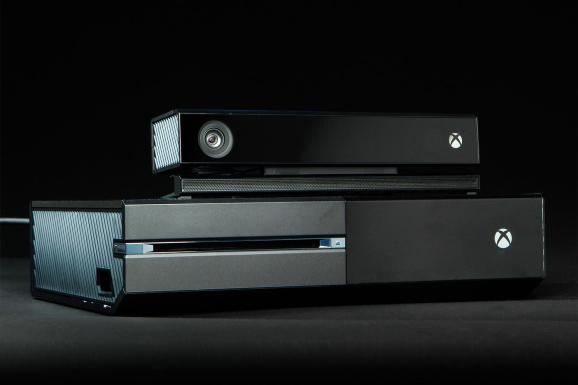 Microsoft's Xbox One with the optional Kinect camera.

The publisher has confirmed its Xbox One was the top-selling system in the United States last month. This comes from industry-tracking firm The NPD Group, which will release its full report for April later today. Since launching in November 2013, PlayStation 4 has continually dominated the sales charts, and so this is a big win for the Xbox One in the console market. With the $55 billion worldwide console-gaming market up for grabs, Sony’s approximately 20 million PS4s sold is still helping it capture a bigger piece of that business than Microsoft’s estimated 12 million Xbox Ones.

“As the best-selling console in the U.S. in April, fans set record April sales and engagement for Xbox One last month,” Xbox marketing boss Mike Nichols said. “Xbox One console sales in the U.S. increased 63 percent in April 2015 compared to April 2014 and Xbox Live comparisons showed the number of active global users [Xbox One and Xbox 360] grew 24 percent. We are grateful to our fans for their passion and support and are looking forward to sharing more on the best game lineup in Xbox history at E3.”

We also reached out to Sony for a comment.

“We would like to thank fans around the world for their continued support of the PS4,” a Sony spokesperson said. “According to NPD, PlayStation continues to lead software sales for April 2015 and PS4 remains the cumulative sales leader in the US. We are looking forward to an amazing E3.”

It’s important to note that Sony is saying that PlayStation as a whole, which includes PS4, PS3, and Vita, is leading software sales. That isn’t surprising considering how well new games are selling on the Xbox One and PlayStation 4 and lead Sony’s system has over the competition.