Kabam prides itself on being ahead of the curve in gaming. It zigged when Facebook cracked down on viral social games because they produced too much spam. Then it zagged when free-to-play web games started giving way to mobile. And now it is shifting away from a big portfolio of mobile titles to a select few games based on brands and triple-A quality design.

That’s a lot of change for a company that is just seven years old, and Kent Wakeford, the chief operating officer for Kabam, talked about the San Francisco company’s latest pivot into high-end mobile games in a conversation at our GamesBeat Summit event with Ian Sherr, the executive editor of Cnet. 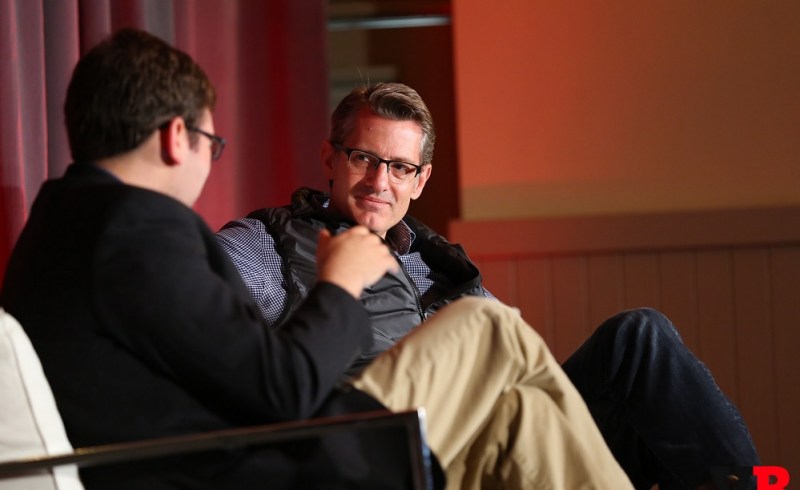 Above: Ian Sherr of Cnet interviews Kent Wakeford of Kabam at GamesBeat Summit.

Kent Wakeford: It’s a great time to be a mobile game developer. The market is growing at such a rapid pace. Last year, we were at these conferences talking about the potential for a billion-dollar game. It’s here. It’s not just one billion-dollar game, it’s billions with an S. Clash of Clans will make multiple billions of dollars.

What’s a very big change that we’ll all have to understand is that there is a shift going on, a consolidation. Think about the top of the market, the change over the last three years. Go back to 2012. The number-one top-grossing game did about $300,000 a month. In 2015, the number-one game is doing about $1.2 million.

What’s more interesting, though, is that if you look at the number-one game for all of 2012, which did about $4.6 million altogether—At that point Kabam had that game. It was Kingdoms of Camelot. Fast forward to today, the number one top-grossing game is doing about $80 million. That’s 1,750 percent growth.

We’re seeing a radical shift in our industry toward the top. Market share and revenue are going to the top games. It’s pretty consistent with other content businesses.

Ian Sherr: Why is that driving you to change the way you do business?

Wakeford: If you think about where the opportunity is right now, the opportunity and growth potential are at the top of the market. How do you create a product that’s at the top of the market? For us we had to radically shift our focus. This started about a year ago. We embarked on a transformation and restructuring of our business in which we focused on fewer products and made some tough decisions.

This is the innovator’s dilemma a lot of us think about. “Fewer products” means only four new games this year. Last year it was 18 and before that it was 20. We’ll still do more revenue than we did last year.

We’ve let go of a lot of things we did in the past, like Facebook strategy games. We divested that entire business. We had a third-party publishing business that grew from zero to $30 million in one year, $30 million to $60 million in another year, but it didn’t have the potential to create a billion-dollar product. We divested and got out of that business. The opportunity is there in focusing and getting the best people on the best teams and aligning all these resources together. 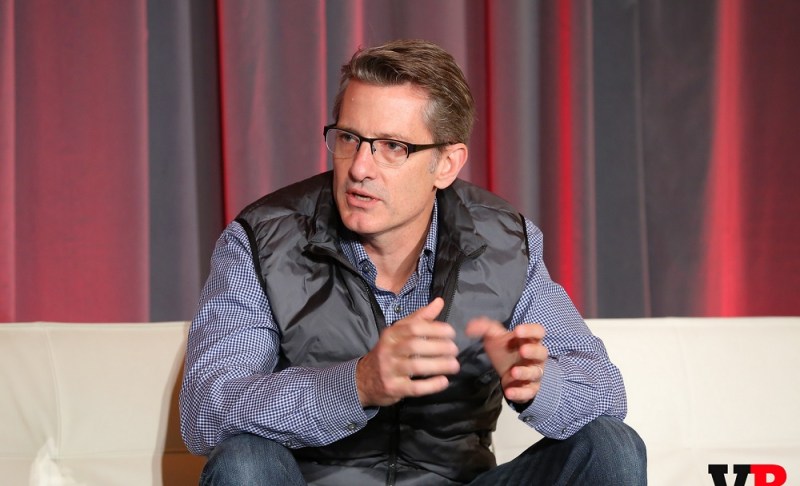 Above: Kent Wakeford, the chief operating officer of Kabam.

Sherr: Do you think that doing this will allow you to get into that top five and be able to break that grip? I’ve listened to a lot of other game companies say that, realistically, there’s no way to get in there.

Wakeford: Capturing the hearts and minds of consumers at the top of the market is a challenge. It’s lightning in a bottle. But I believe that if you get the best people in the industry and allow them to focus on the single vision of creating that product – eliminate all other distractions – you have a much better shot at achieving it.

The results are amazing within Kabam. The last three games we launched all received Editor’s Choice from Apple. The quality bar has never been higher. We have a game that’s been consistently in the top 10 over the last three months. We’ve been doing a pretty good job and we’re staying focused.

Sherr: One trend I’ve seen a lot is marketing. If I look back to 2012, a lot of the marketing was cross-promotion. Nowadays, we have Kate Upton at the Super Bowl. I can’t turn anywhere without seeing a Clash advertisement. How do you deal with that? Going up against the marketing budgets of Activision or Electronic Arts or even Disney, that’s quite a challenge.

Wakeford: It’s another fundamental shift in the market. For those top games, marketing creates a structural advantage. The marketing you see today is very similar to the marketing you see at the launch of a Call of Duty. It’s happening. Candy Crush is wrapping buildings in Roppongi Hills. Clash is taking over subways and billboards in Tokyo. Boom Beach has celebrities in TV shows dressing as characters from their game in China. We have the battle royal at the last Super Bowl. It’s a fundamental shift in how the top games are able to market and spend capital at a rate that others in the ecosystem can’t.

Sherr: Does that mean smaller players are forced out? Does it become the console world, where Activision, EA, and Ubisoft run the industry?

Wakeford: You’re already seeing that, a rapid divergence between the top of the market and the rest of the market. That will perpetuate itself. It’s a simple spreadsheet exercise. The number 100 game, if it spends 20 percent of its revenue on marketing, that’s $240,000 a month. That’s an okay game. But if you’re making $80 million a month and spending $16 million of it every month to bring new users in, the divergence will keep taking you above the rest of the market. It allows you, at that size and scale, to take risks and open up different areas – Super Bowl ads, subway takeovers, buildings wrapped in brands created within our ecosystem.

That type of top-level marketing and the expertise that’s coming into this industry is going to further push the top of the market up. That’s great, but it creates more challenge for other parts of the industry.