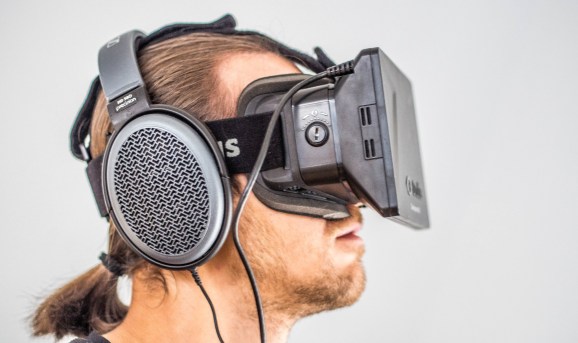 Immersed in a virtual world.

In a development that will surprise absolutely no one, Oculus VR’s virtual reality headsets will be used for immersive, 3-D pornography.

What is a bit surprising is that Facebook-owned Oculus is totally OK with that use of its upcoming platform for VR. At least, one Oculus exec is.

It’s a surprising attitude for Facebook to take, given how prudish the company is regarding pornography, nudity, breastfeeding photos, or even post-mastectomy tattoo photos on the Facebook website.

The Oculus Rift is a 3D headset that has been in development for a number of years. Facebook acquired Oculus for about $2 billion in 2014. The gadget won’t be commercially available until the first quarter of 2016, Facebook says, and then only for high-end Windows PCs.

Variety’s report said that other makers of VR products on the same panel were more squirrelly in their answers. Samsung, Sixense, and Google appear to have dodged questions about virtual sex.