It’s been more than a year since Intel acquired Basis Science, the maker of the Basis Peak fitness-tracking watches. And, just in time to compete with the Apple Watch, Basis is launching a new Titanium Edition of its Basis Peak.

In contrast to Apple’s device (which costs anywhere from $350 to $17,000), the Basis Peak Titanium Edition goes on sale today for just $300, while the existing Basis Peak regular edition will continue to sell for $200. That’s a good price, considering that Basis has loaded sensors into its device to track your heart rate, measure your sleep duration and quality, and discern whether you are swimming, walking, running, or biking.

“People like dressing up and being fashionable,” said Jef Holove, general manager of the Basis division at Intel, in an interview with VentureBeat. “And we have the combination of features that makes our smartwatch the most useful.”

The new Titanium Edition has a titanium steel watch case with a fashionable leather strap. The case has a satin finish Grade II titanium base that resists nicks, scratches, and corrosion. It has a black (Onyx) SportVent silicone strap and a caramel brown (Cognac) leather strap.

Basis is also launching a series of leather straps in a variety of colors as accessories for its existing Basis Peak fitness trackers. Those strap colors include Noir, Fog, Saddle, Khaki and Blush, in addition to the five colors of SportVent straps already available. The new leather straps cost $50 each, while the silicone SportVent straps are $30.

“People have begun to think of us in their mind as a smartwatch,” said Holove. “We have features in common with notifications, but we are not in the same category as general-purpose devices like Samsung and Apple watches. We are squarely focused on the premium health and fitness space. We intend to give you the most comprehensive view of your health. That is what we do deep.” 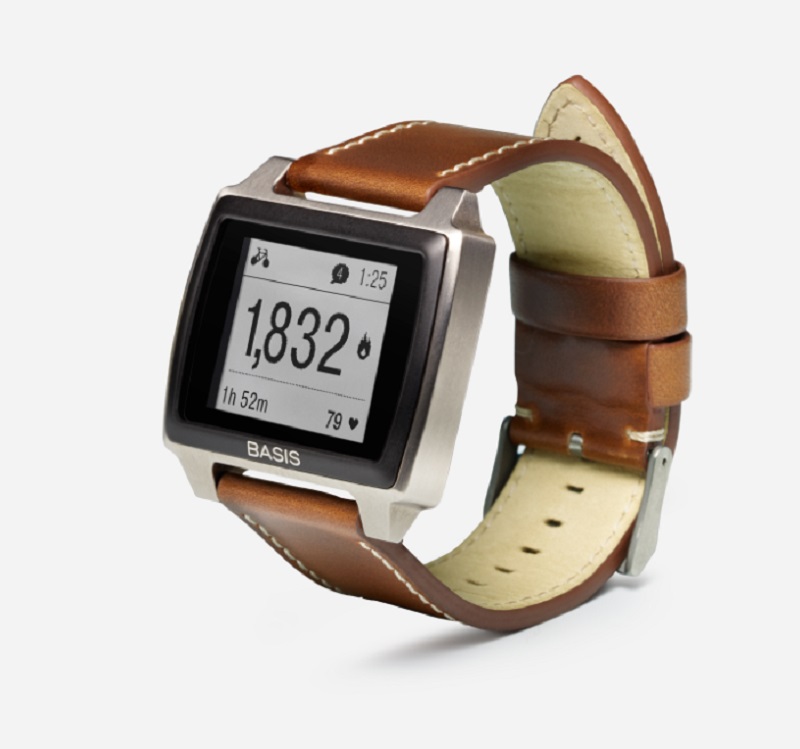 Basis is also announcing today another big feature: You’ll be able to export your fitness data to Google Fit or Apple Health apps. You can sync your Peak data easily with popular health and diet tracking apps for a more comprehensive view of activity, fitness, diet, and sleep.

“We take the approach that your data belongs to you,” Holove said.

Basis will share the number of steps you take in a day as well as calculations such as calories burned; heart rate; start/stop time; durations of runs, walks, and bike rides; and sleep duration.

Holove said the Apple Health and Google Fit integrations have been among the most requested customer features. The features are available in an app update that is launching today. 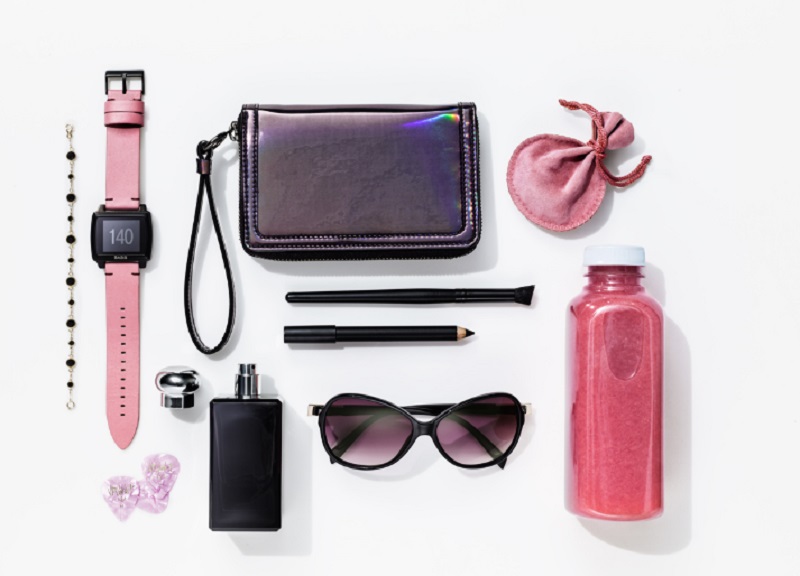 Above: Basis Peak with leather band

The new app update gives you access to a new feature called Basis Peak Playground. The playground allows users to provide feedback on experimental features, including Photo Finish, or the ability to take annotated “selfies” of yourself just after you complete a workout. You can share that selfie with friends on social networks such as Facebook or Twitter. 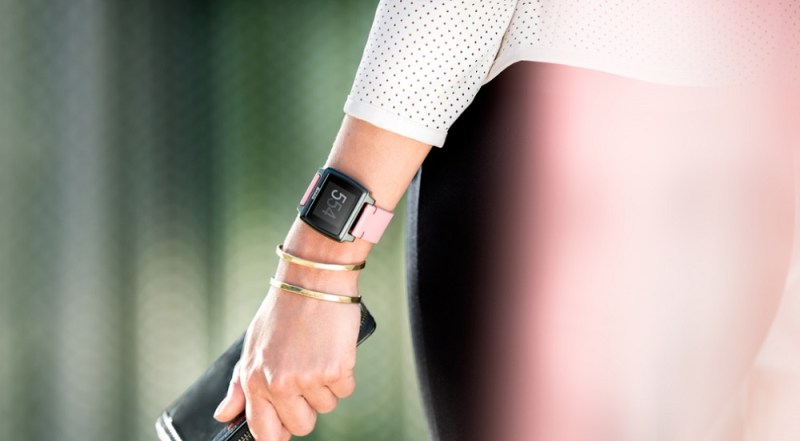 I haven’t tried the latest Titanium edition yet. But I’ve had hands-on experience with Basis watches since they debuted for the first time in 2012 and then again with the launch of the Basis Peak in 2014. The bands had occasional problems. The first one wasn’t that waterproof. But the watch itself proved to be very accurate at measuring data such as your heart rate. The Basis Peak broke down on me a couple of times and I had to get some help rebooting it. The Peak also had problems connecting via Bluetooth on my Apple iPhone 5S after the iOS 8 update appeared.

While these problems showed that it isn’t that easy to put a computing technology in a watch, I was impressed with the continuous improvement that the San Francisco-based Basis team has shown in upgrading the quality and look of its products and services. It has a battery life of four days and water resistance up to five times the ordinary atmospheric pressure (ATM). Basis also gives you a great picture of how much time you spend in a day doing activities such as sleeping, walking, running, swimming, or biking. It can come up with a more accurate view of the calories you burn in a day as a result.

Basis has done seven updates for the Peak that have added features such as smartwatch notifications for text messages, phone calls, and calendar events. Holove said Basis added those features because the team knows that you won’t have more than one smart device on your wrist, and smartwatch owners want those features in addition to fitness data. 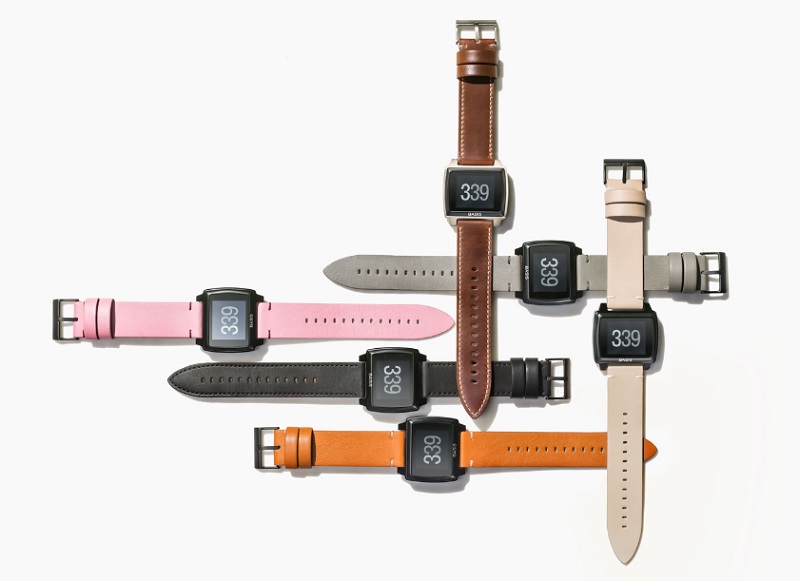 On May 20, Basis is launching a firmware update that will address some of the problems I had with reliability. The new update improves the accuracy of the Basis Peak’s measurements, and it also addresses problems that arose with the iOS 8 updates from Apple when it comes to Bluetooth connectivity.

On top of that, the firmware update adds a new feature in the form of a stopwatch. You can tap the screen to start the stopwatch and tap it again to stop it.

“We constantly measure how accurate the watch is at capturing your heart rate, and we have done more work on that algorithm,” Holove said.

But Holove said the company is not seeking federal approval as a medical device, since it is targeting the mainstream consumer market. Other devices such as Vital Connect claim to have more accurate heart rate data via chest straps, but Holove believes most consumers won’t strap something to their chests.

As for working under Intel, Holove said the past year has been good. Intel has better supply chain relationships, as a big company. And it has a bunch of teams working on research that is directly relevant to wearable devices such as the Basis Peak, he said.

“On top of that, we get much better visibility under Intel,” he said.