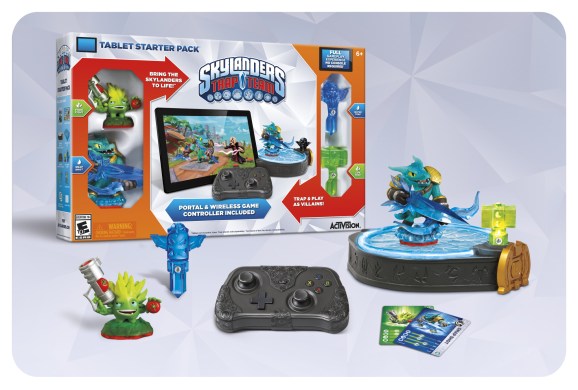 Turns out kids are really good at convincing their parents to buy them stuff.

As the name implies, toys-to-life games use physical figurines that can interact with a video game. In Skylanders, for instance, you can add more playable characters by buying toys and placing them on a portal. Seventy percent of parents in the U.S. are aware of the genre, and 40 percent own at least one of the franchises.

Children aren’t the only ones who are clamoring for more toys. Twenty-one percent of parents who have Amiibos said only adults are playing with them. Given how fast Nintendo’s toys tend to sell out, this isn’t too surprising.

However, the report notes that kids are still “incredibly influential” when it comes to buying new toys and games.

The future looks good for newcomers like Lego Dimensions, which combines addictive Lego building with multiple franchises, including Batman and Back to the Future. Sixty-five percent of parents said they are “extremely or very likely” to buy a new toys-to-life game.

“This study shows that consumers are moving franchises, but not abandoning the category,” said NPD analyst Liam Callahan in the report. “This bodes well for the overall health of the space, especially for new entrants, as it shows consumers are willing to try new franchises.”