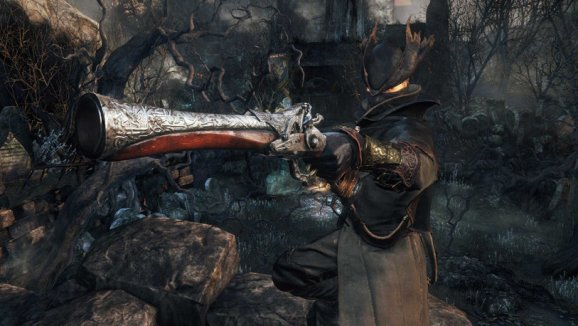 A hunter takes aim in Bloodborne, an action role-playing game from Japanese developer From Software.

Sharpen your saw cleavers and ready your pistols, good hunters. A Bloodborne expansion is coming, according to Sony.

Sony Computer Entertainment president Shuhei Yoshida today confirmed on Twitter that more content is on the way for From Software’s action role-playing game. He added that details on what the expansion will be will have to wait until later this year.

So I have been asked by many people if we are making DLC for Bloodborne. I can say… An expansion is coming. More info later this year. :D

Bloodborne has been a critical and commercial success for Sony (we really like it). The PlayStation 4 exclusive sold over one million copies in about 12 days, currently making it one of the console’s fastest selling titles. It was one of the top-selling games in March, according to NPD sales data, helping the PS4 become No. 1 in software and console sales that month.