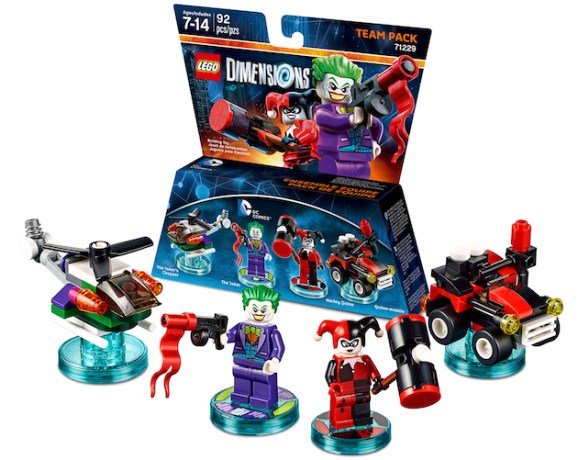 The upcoming Lego Dimensions toys-to-life video game is going to be a giant mashup of characters and brands that could rival Disney Infinity. And Warner is just getting the grand marketing campaign going with a “Doc Brown” live-action trailer with actor Christopher Lloyd from the Back to the Future.

You can view this “Great Scott” video as the first in a big marketing war among the toy-game hybrid products that will debut this fall.

David Haddad, the head of Warner Bros. Interactive Entertainment, said in a fireside chat at our GamesBeat Summit event that Lego Dimensions is one of the biggest investments his company is making in games, partly because it must develop a great product, license a bunch of characters and brands, and coordinate the launch with the toy business, too. Haddad acknowledged that Warner wasn’t the first to market in the category, so it has to think creatively.

With Lego Dimensions, you build a portal from Lego bricks and connect it to a video game system. You set characters on the portal in order to play them in the game. This combination of toys and games was first brought to life with Activision’s Skylanders toy-game hybrid series starting in 2011. Now it has become a billion-dollar-plus business, and lots of other companies have entered the market, including Nintendo with its Amiibo (these are based on Mario and its other popular game franchises), Rovio with Angry Birds characters, and Disney Infinity.

Warner’s game will include characters from Back to the Future, DC Comics, The Lord of the Rings, The Lego Movie, and Ninjago toys. Warner Bros. said that future team packs of Lego characters will always be compatible with the initial product — a jab at other products that require new investments in the toy-game portals.

In a new video, Lloyd reprises his famous role as Doc Brown from Back to the Future. Three of the minifigures that will appear as toys in Dimensions include Lego Batman, Lego Gandalf, and Wyldstyle (from the Lego movie). Warner said it will announce additional packs of characters through 2016, including characters such as Lego Joker, Lego Harley Quinn, Lego Superman, Lego Aquaman, and Lego Bane.

Fans will be able to take the “team packs” and “fun packs” of characters and create new buildable characters, vehicles, tools and gadgets, as well as special in-game abilities.

All expansion packs provide gamers the opportunity to use everything interchangeably, anywhere throughout the game, in any world with any character. The game will debut on the PlayStation 4, Xbox One, Wii U, Xbox 360, and PS3 on Sept. 27. More brands will be announced in coming months.