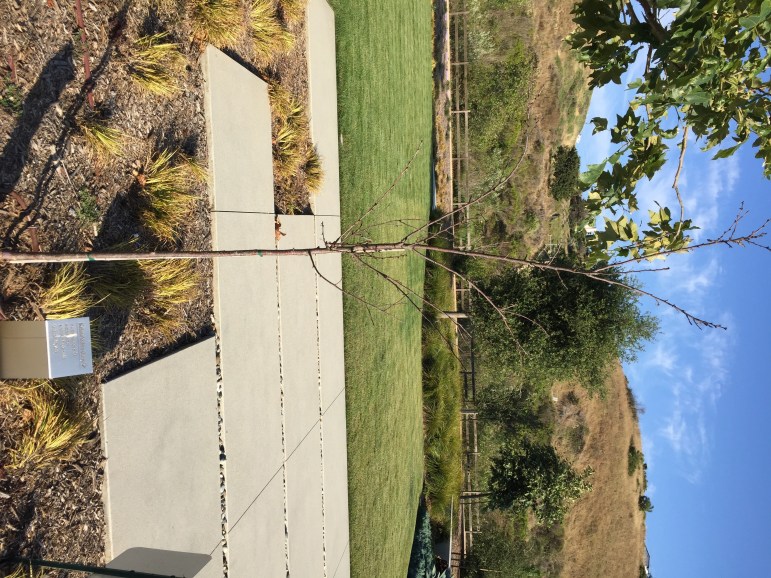 This could grow up to be a beautiful cherry tree -- if Konami lets it, that is.

Kojima left something behind when he left Konami — and it’s still alive. For now.

You’d barely notice the “Kojima tree” on the back patio of Konami’s Los Angeles studio. The scrawny little Akebono Yoshino Cherry tree is a leafless twig that sits at the end of a row of mature trees that are thriving in this sunny Playa Vista, Calif., location. Metal Gear series creator Hideo Kojima planted it to commemorate the establishment of this location in late 2013. Not even two years later, the famed game director and Konami figurehead parted ways with the company following disputes over his upcoming blockbuster, Metal Gear Solid V.

Following a power struggle, budgets were cut on Kojima’s masterpiece in progress, which had him pulling the plug in all other projects in development, including the highly anticipated survival-horror game Silent Hills, which was being created in cooperation with horror movie director Guillermo deal Toro. Konami also tried to get a video about the mess removed from YouTube.

But Metal Gear V is still coming out this year, and it’s highly likely that development continues at this location. Like the tree, it remains. I’m sure that the staff that work on the game take breaks on that lovely patio, enjoying views of the surrounding hillsides and winding hiking courses. Kojima remains on in some capacity at Konami, working to finish the game for its September release, tying up five years of work. But he and Konami are over after that.

Still, the cherry tree remains. If Konami would let it, it could grow to be beautiful. The company is just coming off killing beautiful things with the firing of Kojima and the cancellation of Silent Hills.

Let’s hope that it won’t kill off this tree.