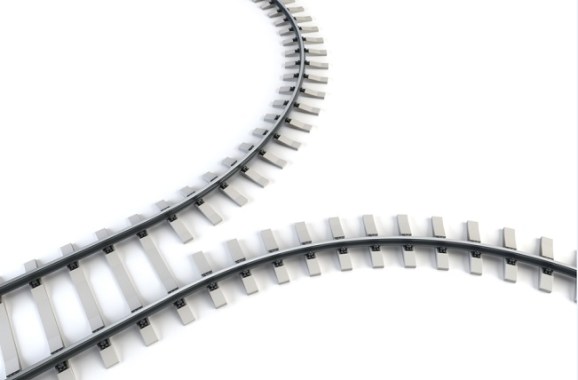 Mobile is big and getting bigger, with mobile Internet revenue forecast to hit $850 billion by 2018. Yet well respected VCs like Marc Andreessen and Bill Gurley have debated the merits of billion dollar valuations across mobile — and tech more broadly. Digi-Capital’s new mobile deal analysis shows investments and exits trending in different directions, with mobile valuations splitting across sectors. 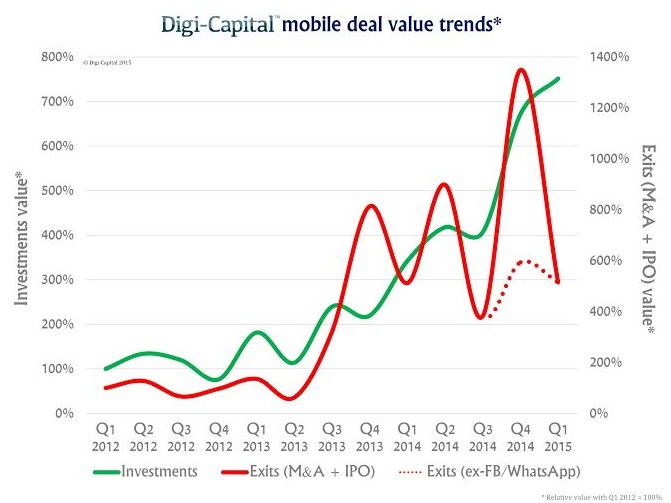 While the mobile exit market (M&As and IPOs) outpaced investment market growth up to Q2 2014, it has been trending downwards since the mobile IPO fiesta of Q3 2013 to Q2 2014. That downward trajectory is easier to see when the massive Facebook/WhatsApp deal is taken out of the mix as an outlier. So while $15 billion of mobile exits in Q1 2015 was pretty solid, it was only $1 billion higher than investments in the same quarter. If this happened in just a single quarter, there wouldn’t be much of a trend, but things have been heading in that direction (with significant variance) since the start of 2014.

Folks tend to look for a single unifying rationale for this sort of thing. Some will tell you there is a mismatch between optimism and conservatism between VCs, corporate acquirers, and public market investors. Others talk about asset holding times for different investment classes giving different growth perspectives. But life in mobile isn’t as simple as that.

Mobile Internet isn’t really a single market. There are 27 sub-sectors, each with their own dynamics, and it’s important to dig below the top level numbers. 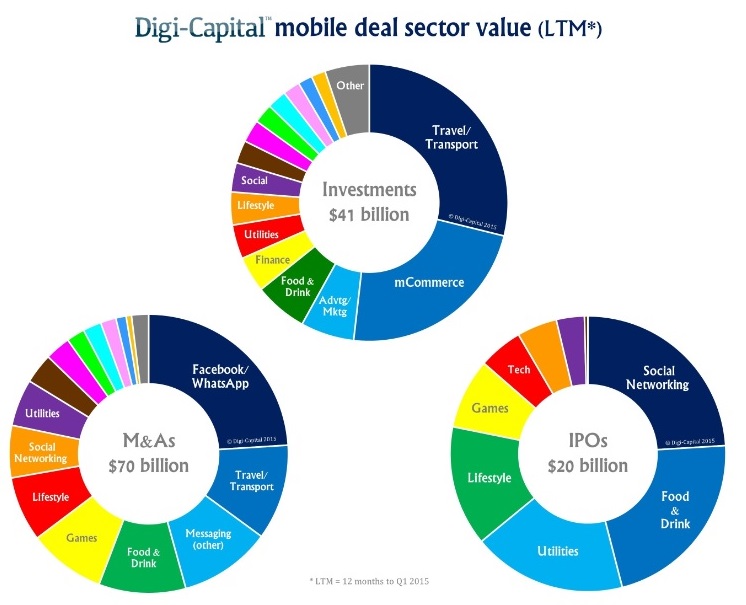 The $41 billion of mobile investments in the 12 months to Q1 2015 was dominated by travel/transport (e.g. Uber, Lyft) and mCommerce (e.g. Flipkart, Wanda eCommerce), which together took over half of mobile investments. Advertising/marketing, food and drink, finance, utilities, lifestyle, social, tech, and wearables each raised over $1 billion, with 13 others sectors taking over $100 million individually.

The $70 billion of M&As in the 12 months to Q1 2015 were more concentrated. Messaging dominated (equal in first place with travel/transport even without Facebook/WhatsApp). Games, food and drink, lifestyle, social, and utilities all topped $5 billion. Seven other sectors delivered over $500 million, with six more over $100 million individually.

The recent IPO slowdown hit mobile as much as any other market, with $20 billion of IPOs in the 12 months to Q1 2015 across only nine sectors, led by social, food and drink, utilities, lifestyle, games, and tech.

A game of two halves

It would be fair to say there are different opinions on tech valuations. Andreessen articulated an elegant “no bubble” argument last year, reinforced by Shopify’s recent IPO:

Yet Gurley was reported at SXSW in March to have said that “a complete absence of fear” in Silicon Valley had led venture capital firms to take big risks on tech companies, and that those companies could face a turn in the market in the near future including “some dead unicorns this year.” 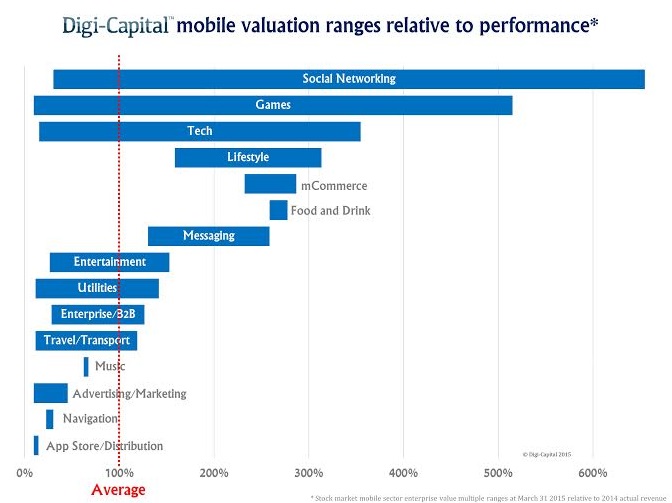 Even sectors with high valuation ranges have a lot of companies with average valuations. So while the big guys drive the top end and the discussion, the key is to look at them in context.

The situation is similar when analyzing private company valuations, although some of the outliers have become more extreme. While many sector valuations are grouped around the average, others have valuations up to 900 percent higher on a relative basis. That’s 9x the valuation with similar underlying economic performance. It’s worth noting that some of the private sectors with higher valuation ranges are different to those in public markets, again highlighting mobile’s complexity.

So with normalized valuation dynamics in half of the mobile market and the other half appearing a bit frothy, both Andreessen and Gurley are right.

The full analysis is here.