Outer space is a cold and deadly place. It’s also beautiful. But it will also kill you.

Luna’s Wandering Stars, a new puzzle game for PC and Mac from developer Serenity Forge, manages to capture all of the mystery and danger of the final frontier with an impressively realistic physics engine and a collection of challenging levels. Its tour through our solar system is surprising, diverse, and wondrous to behold.

But just like its setting, Luna is unforgiving, and its laws are immutable. And if you’re into that sort of thing, you’re in for a great time. 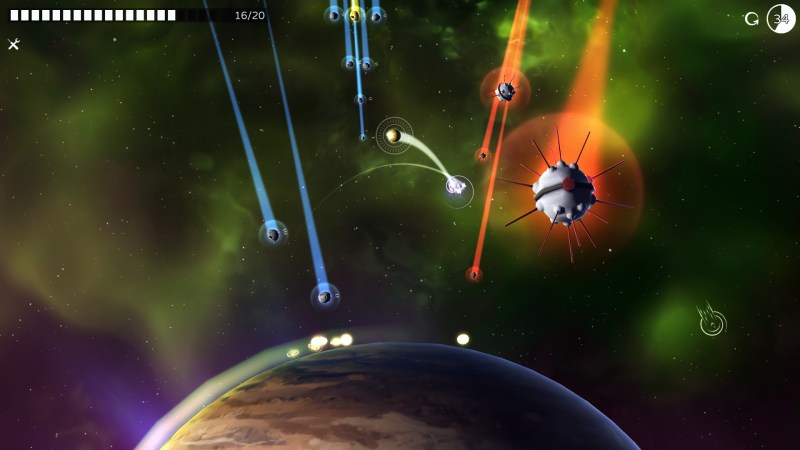 Above: Sometimes, you have a lot to keep track of.

Every planet presents a new type of gameplay

Luna’s Wandering Stars has eight “levels,” each representing one of the planets in our solar system (sorry, Pluto). You play as a solitary moon, and your goal stays the same throughout: Collect enough asteroids to fill your mass meter while also trying to collect the three golden asteroids for a Perfect rating. But how you go about this is different from planet to planet.

Mercury has a velocity theme, and it’s all about setting your initial speed and direction and then using the small planet’s mass to change your path and collect all of the mass you need. Mars trades control over your flight path for a laser that you can use to blast hazards out of your way as you drift through space. And Jupiter lets you place items in your moon’s way to shunt it in different directions.

What all of this means is that each planet plays like a completely different game in the same universe. You have to learn new play styles and devise strategies based on the tools the developers give you, and it keeps the game feeling fresh. 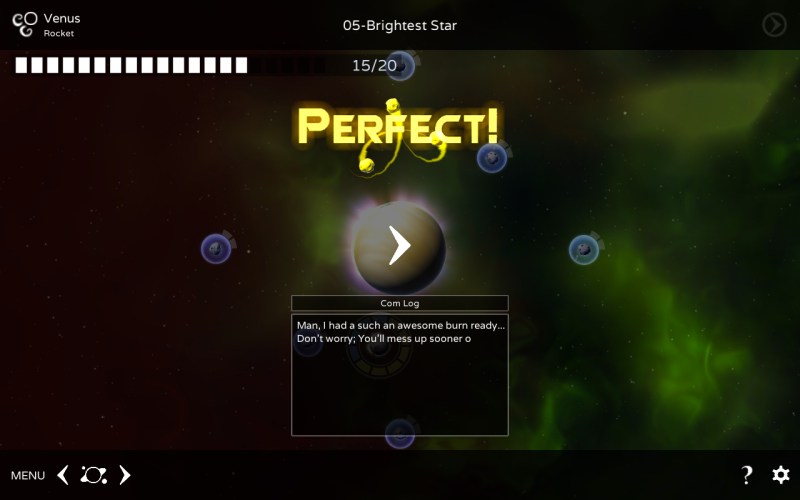 Above: Collect all three golden asteroids to earn a perfect rating and the game’s admiration.

Luna’s hook is that it features a true-to-life physics engine that follows both Newton’s laws of motion and Kepler’s laws describing planetary orbits. What this means to you is that while you play around with the game, you’re gaining a hands-on, innate understanding of these concepts. It’s kind of like how outfielders catching fly balls are actually doing calculus in their heads without quite realizing it, but this is cooler because you’re figuring out how space rocks work. 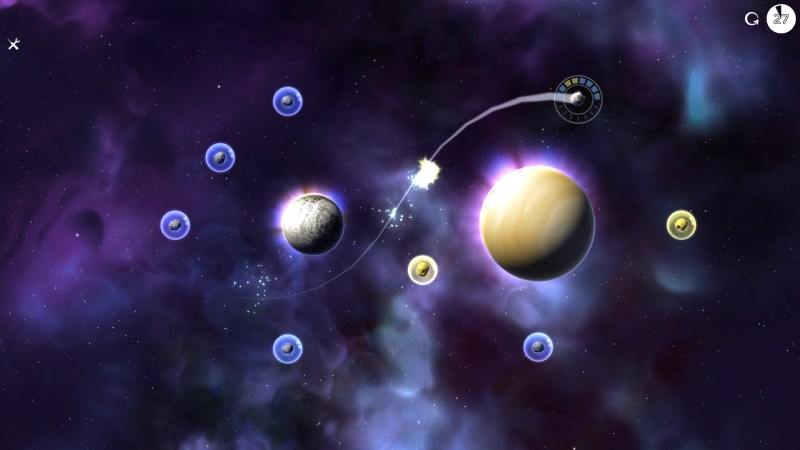 It’s ridiculously challenging (but not impossible)

I was trying to decide whether or not to put Luna’s difficulty under this category or “What you won’t like” because it really goes both ways. A lot of the different styles require trial and error (mostly error), but once you make the tiny adjustment or get the timing just right, you feel like a supergenius.

Just know that you will fail a lot, and you will absolutely hate some levels. But the game doesn’t cheat you, and it wants you to succeed.

It just won’t make it easy for you.

Because you’re learning by doing, Luna’s Wandering Stars bypasses its underlying concepts in favor of puzzles. And that’s fine, but it would be really cool for some planets if instead of going the trial and error, you got a chance to program your moon before you let it go to see if your calculations were correct.

This would be especially cool in the Mercury levels, which are all about plotting a course and seeing how it works out, much like NASA does when it’s preparing a mission. It presents a bit of a disconnect when the game even points out that real rocket scientists plan everything before they go and then leaves you to reason it out.

The core game is fun, don’t get me wrong. But a Nerd Mode that gives you the formulas, masses, distances, and velocities and then lets you do the real math to see how it all works would be a welcome addition. 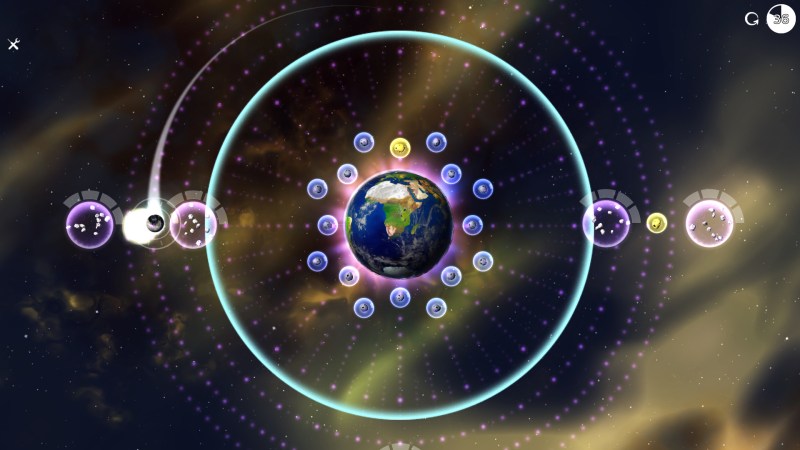 Above: The slider-based puzzles, which have you subtly affecting gravity or the size of your moon, were not my favorites.

For some reason, you have to collect 20 golden asteroids before you unlock another planet to try, and I think that’s kind of a shame. It wouldn’t hurt the core gameplay to let you jump around and try everything immediately, especially if you still have to complete 15 levels on each world to finish the game.

Players will prefer different mechanics. I really liked Mercury’s velocity-based levels but had way less fun with the slider-based Earth and Saturn takes. So when you get to some levels that just don’t do it for you, your options are to plow through it unhappily or go back to previous planets and scrounge for golden asteroids so that you can unlock the next area.

I would have preferred to be able to try every planet right away, and then I could spend more time perfecting my runs on the levels I liked before going back to power through the ones that were less fun for me. The current presentation lends itself to unnecessary frustration and dead ends.

If you love space and want a better idea of how it works, or just like solid and pretty puzzle games, Luna’s Wandering Stars has a lot to offer. Its difficulty spikes may prove to be a sticking point for some players, but the developers’ presentation and accomplishment is no less impressive.

Luna’s Wandering Stars is out now for PC and Mac. The developer provided GamesBeat with a free Mac download code for this review.