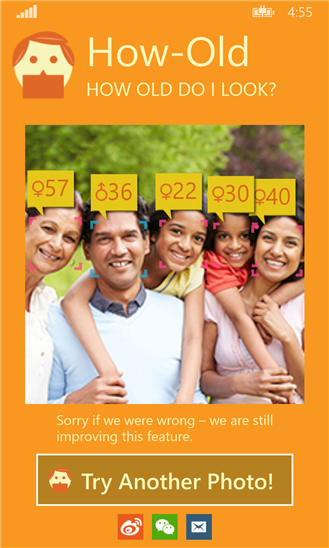 How Old Do You Look?, the experimental web app that Microsoft executives showed off at the Build developer conference last month to show off its age and face recognition capabilities, is now available as a native Windows Phone app.

Simply dubbed How-Old, the free Windows Phone app received an update to its user interface on Wednesday. All you have to do to use the app is upload a picture from your phone’s library, and in response, the system will guess the age and gender of every person it can spot in the picture. From there, you can share the results in an email, or on Weibo or WeChat.

It’s interesting that Microsoft poured resources into bringing How Old Do You Look? to Windows Phone. The app went viral and started trending on Twitter shortly after it was demonstrated at Build. But some people found the app to be surprisingly inaccurate and even laughable.

Then again, Microsoft has sought to improve the technology underlying the app — like the Face application programming interface (API) — and the new native Windows Phone app provides an excuse for people to try it out again.

Just for fun, I did that just now — I uploaded to the web app the same photo of myself that I uploaded when Microsoft debuted How Old Do You Look? at Build. 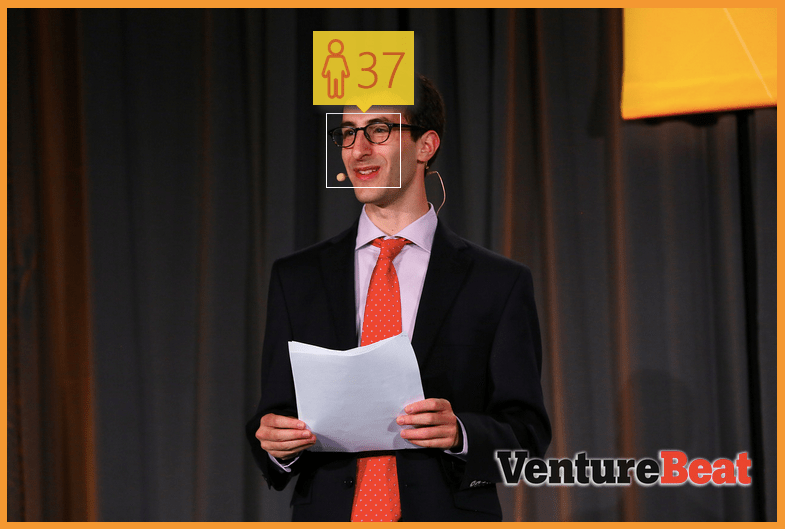 Above: Nope — still wrong. But getting warmer.

Anyway — you can find the app in the Windows Phone Store here.