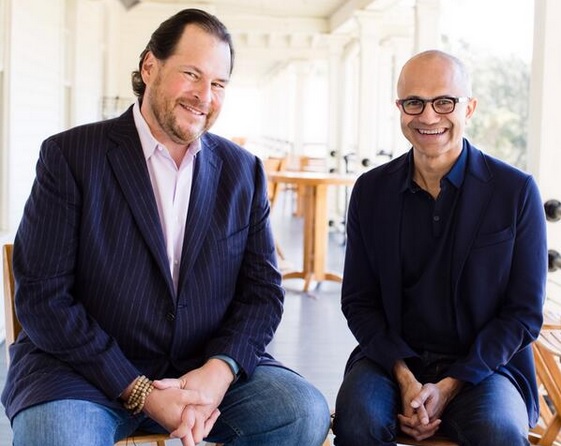 Salesforce stock just jumped up by about 3 percent following a report today that Microsoft and Salesforce were in talks over an acquisition that ultimately fell apart because of differing views of how much Salesforce was worth.

Microsoft was open to paying $55 billion for Salesforce, but Salesforce chief executive Marc Benioff wanted Microsoft to pay as much as $70 billion, according to the report today from CNBC.

The talks have not resumed since they fell apart this spring, CNBC reported.

This is the third time Salesforce stock has popped following reports about a possible takeover, potentially by Microsoft.

The companies compete in the customer relationship management (CRM) and business intelligence software categories, but elsewhere there are places where Microsoft could get new capabilities by buying Salesforce.

As of March 31, Microsoft had $7.4 billion in cash and cash equivalents and $88 billion in short-term investments, according to its latest quarterly earnings statement.

Here’s the stock chart, by way of Google Finance:

Above: Salesforce stock jumped up today.