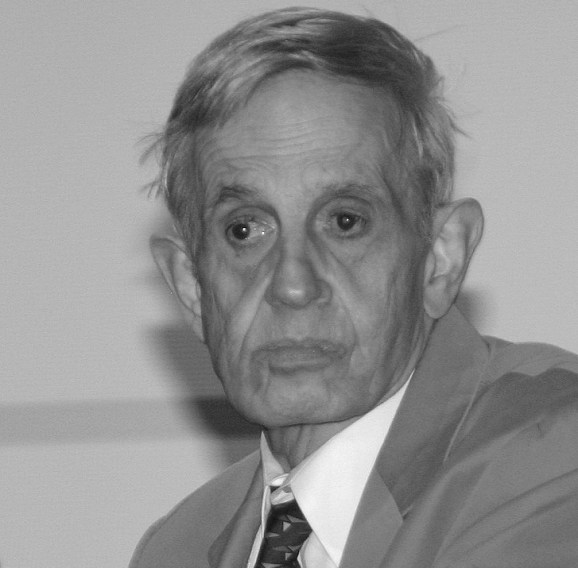 Nobel Prize-winning mathematician John Forbes Nash Jr. and his wife Alicia were killed in a New Jersey car crash this weekend. He was 86 and she was 82.

The car crash occurred on the New Jersey Turnpike yesterday when a taxi smashed into a guardrail to avoid hitting another car. It was not until today, however, that the two victims were identified.

They had taken the taxi from the Newark airport to Princeton Junction, New Jersey. They were reportedly not wearing seat belts, were thrown from the vehicle, and were pronounced dead at the scene.

In 1994, Mr. Nash won the Nobel Prize in economics for his work in game theory and the mathematics of decision-making. The Princeton professor’s life was chronicled in the Oscar award-winning movie “A Beautiful Mind.” The 2001 film starring Russell Crowe was loosely based on the mathematician’s longtime struggle with schizophrenia.

Crowe tweeted in response to reports of the couple’s death:

Game theory looks at strategic decision-making and offers insight into the dynamics of human rivalry. The mathematical study aims to model the decision-making process, including conflict and strategy in social situations.

While the subject first addressed zero-sum games, it now refers to the logical side of decision science, encompassing the behavior of everything from animals to computers. It has applications in economics, political science, psychology, logic, computer science, and biology.

The Nash Equilibrium, for which Nash won his Nobel Prize, is a solution concept of a non-cooperative game involving two or more players, in which each player is assumed to know the equilibrium strategies of the other players. It states that if no player has anything to gain by changing only their own chosen strategy, then the current set of strategy choices and the corresponding payoffs constitutes a Nash equilibrium.

Earlier this week, Nash received the Abel prize with New York University mathematician Louis Nirenberg “for striking and seminal contributions to the theory of nonlinear partial differential equations and its applications to geometric analysis.”