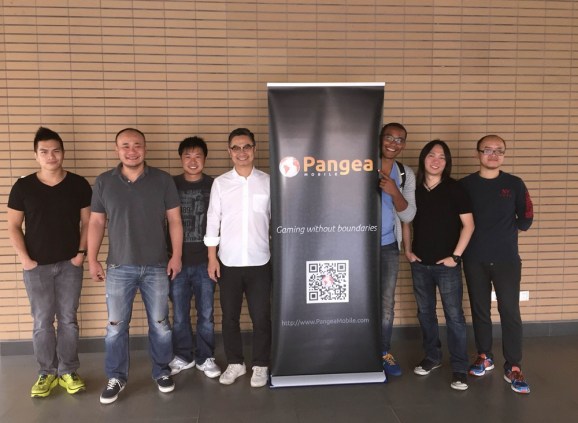 We’ve heard a lot about Western game companies moving into China. But Pangea Mobile wants to reverse the flow.

The San Francisco-based company is announcing that it has expanded beyond making games to providing services that enable Chinese mobile-game developers to bring their titles to Western audiences.

Pangea Mobile has created a team of game veterans who will offer localization services, cross-promotion, and analytics tools.

The company notes that more than 300 mobile games are released each month in China. If those games can succeed in the West, that can be a bonanza for the Chinese companies that make them. Pangea Mobile argues that its international team understands the problems those Chinese developers will face as they try to take on the competitive U.S. market.

“We are a true gateway to the West,” said Ray Cheng, the CEO of Pangea Mobile, in a statement. “We are the only company that provides Chinese game developers and publishers one-stop-shop services with analytics tools to make their games successful in the Western market.”

Cheng said that the company is aware of the challenges of monetization, retention, social media mechanisms, and the need for high-quality localization.

In some sense, the Chinese developers are fleeing huge competitive problems in China, where revenue is split among many rivals and competition is growing. In this respect, Pangea Mobile believes the U.S. market is healthier as the play is focused on fun and quality rather than just winning.

Ray Cheng was previously the president of Glu Mobile’s China division. He has partnered with Paul Pierre, Derrick Chen, and Jerry Vuong to form Pangea Mobile after their San Francisco-based company, App Ant Studios, was acquired by Gree in 2012. The team also has experience from mobile-game companies TinyCo, Storm8, and Storm8’s Team Lava division.

Pangea Mobile is making its own games as well. The studio recently worked on and released Dragon Tactics, which was featured on the Apple Store and Google Play in more than 40 countries. It also created Armor Blade, which was featured on the Apple Store in more than 70 countries. The company said that the game improved its average revenue per daily active user (ARPDAU) by seven times.

The studio is currently working on two new games, due out in 2015. One is Summoner’s Age, a fantasy role-playing game (RPG) card game, and the other is the in-house developed game Guild of Greyhoods, a player versus player (PvP) RPG.

Pangea Mobile was founded in 2013, and it has 21 employees. Rivals include FireFly Games, Netherfire, and Kick9. Pangea Mobile has raised $500,000 from investors including angel investor Jin Song Gao from IceSimba, which made Armor Blade. Besides San Francisco, the company also has offices in Beijing, Xian, and Hong Kong.

Gao said, “What we appreciated most was their ability to take our games to the next level with their unprecedented experience in game production, as well as their systematic approach for user acquisition and live operations. The net result is to maximize our revenue while lower our” ad spending.