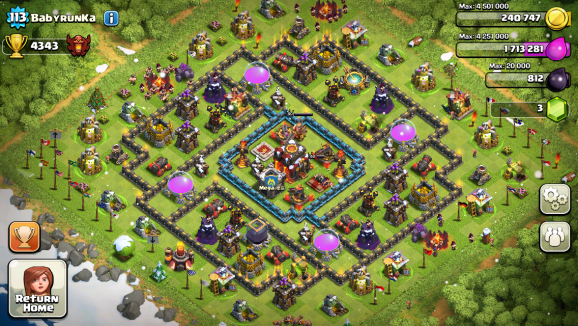 The Casual Games Association paid for Jeff Grubb’s trip to Casual Connect Asia, where he presented a lecture. Our coverage remains objective.

SINGAPORE — Mobile-game spending is higher in Japan than any other market, but that doesn’t mean you should necessarily do the work to localize your product for that country.

It’s easy to look at Japan and assume that if you’re making a game you should release it in there as well, but the raw data is deceiving, according to Kantan Games analyst Serkan Toto. At the Casual Connect Asia conference in Singapore earlier this week, Toto gave a presentation that highlighted some important points that he would want developers to know before entering the Japanese market. Most notably, he noted that it’s not nearly as easy to make money from gamers in that country as you might think it is.

“Japan is one of the hardest mobile-game markets to break into worldwide,” Toto said during his presentation.

The average revenue per gamer who spends money on in-app purchases (ARPPU) in Japan is about $65 every month. That’s a very high number, but you’re probably not going to capture even a dollar of that if you release your Western game in Japan — historically speaking. The country has long preferred to consume Japanese-made products over foreign releases, and that’s especially true in gaming.

“Whenever I talk to bigger game companies, there’s so much self-confidence going on,” Toto said. “And I’m always trying to tell them that people in Japan will say, ‘Who are you? We don’t care about what you’ve achieved in the U.S. or Europe.'”

This was always true in Japan’s traditional console-gaming market as well. Toto points to an incredible fact to prove his thesis.

But even for Japanese games, the app market is not printing money. Instead, most of the money is going to just two games.

“If you just look at the raw data, you’re on a very dangerous path,” Toto said. “Two apps dominate everything: Puzzle & Dragons and Monster Strike.”

These two games now run a duopoly on Japanese mobile-game spending. That’s not even a tiny bit of an exaggeration. Puzzle & Dragons accounted for approximately 51 percent of all mobile-game spending in Japan in 2013 on its own. These days, between Puzzle & Dragons and Monster Strike, the two games probably make up around 70 percent to 80 percent of the entire market’s spending, according to Toto.

So, yes, Japanese gamers are racking up huge charges in their smartphone games, but most of that is going to the same two places.

This prompted me to ask Toto if he would advise a developer to even try to bring a game into Japan.

“I shouldn’t do this as a consultant, but I spend a lot of time trying to convince developers out of the idea of getting into the Japanese market,” he told GamesBeat. “But, generally speaking, you should consider Japan only if you have met certain criteria or completely saturated the rest of the major markets in the world.”

Toto specified that the “certain criteria” includes having an enormous marketing budget. This has worked for publishers like Supercell, King, and Machine Zone with their games Clash of Clans, Candy Crush Saga, and Game of War, respectively. Though, even while those games are in the top 30 highest-grossing charts for iOS and Android in Japan, they aren’t performing nearly as well as they do in other countries.

If you don’t have a huge budget for TV ads, Toto suggests that you should have at least one if not all of the following:

If your game doesn’t match any of that, Japan probably isn’t worth your time.