On May 28, Google will open its doors to 6,000 developers, pundits, and press for its annual I/O developer conference.

Whether you’ve heard of it or not, Google I/O is a big deal; it’s where Google unveils the future of Android, Chrome, and services like YouTube — plus, it’s where the company showcases its wonkiest experiments, like Project Glass.

Ahead of the event, the tech industry is buzzing over everything Google is expected to announce. For your convenience, here’s a collection of this year’s most interesting rumors and reports.

Android M: The next version of Android

The first semi-official news of Android M broke earlier this month, when Google briefly (accidentally?) shared the names and descriptions of certain Google I/O sessions on the I/O site. Those descriptions, since pulled, revealed that the next version of Android will indeed start with the letter “M.” Android M will of course be renamed (internally at Google it’s currently called Macadamia Nut Cookie) though we don’t know to what.

Here’s what we learned from Google’s mixup: Google is planning to amp up its enterprise offering with something called “Android for Work,” which apparently “brings the power of Android to all kinds of workplaces.” Another I/O session described a feature called “Voice Access” — hinting at expanded voice control for Android M. A third session description hints at refined notifications.

Other Android M leaks and rumors suggest that the next version of Android will include support for Touch ID-like fingerprint sensors, big Android Auto updates, an update guarantee for Nexus devices, an initiative for kid-friendly apps, Android Wear support for iPhone users, and a public Google Now API. 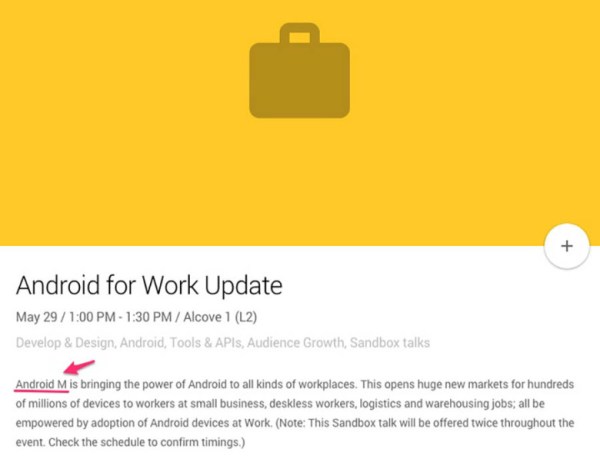 Google is reportedly developing a smart home technology called Brillo — not to be confused with that sponge company of the same name. The technology, possibly built into the next version of Android, would mark Google’s biggest move into the emerging Internet of Things category. After hearing the news, we wondered aloud: Does the world really need another Internet of Things platform?

Until then, the closest look we have at Google’s smart home plans is Nest, the thermostat company Google acquired for more than $3 billion.

After months and months of rumors, we got our first look at Google’s upcoming Photos service yesterday. Most importantly, the upcoming (and still technically unconfirmed) service won’t be baked into Google+ — this, in turn, fuels rumors that Google has lost faith in its floundering social network.

Here’s a look at the upcoming Photos app, via Android Police: 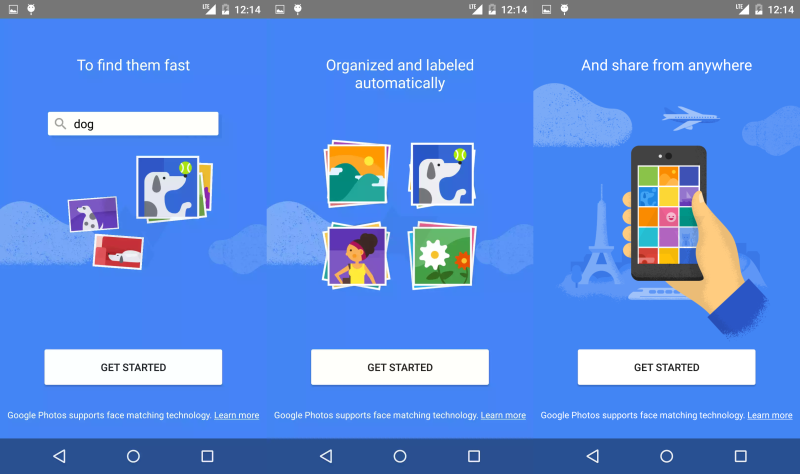 The future of Android Wear

Unsurprisingly, Apple’s Watch has dominated headlines this year. The recently launched device has certainly overshadowed Android Wear lately, but there’s no sign that Google’s throwing in the towel. At I/O, Google is expected to announce at least one Android Wear update. Perhaps most likely, Google could announce iPhone support, enabling iPhone owners to buy an Android Wear-powered smartwatch instead of an Apple Watch. To date, only Android phone owners can get any use out of Android Wear devices.

As a reminder, here’s what an Android Wear-powered smartwatch looks like: 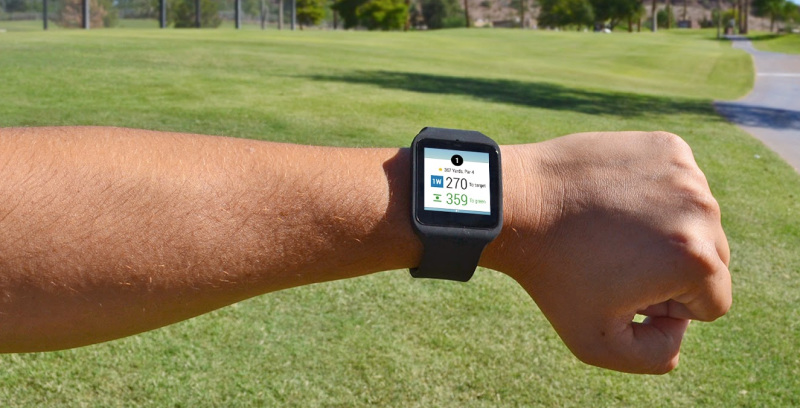 Above: Android Wear GPS in action

Google’s Chromecast first launched nearly two years ago (wow, has it really been that long?). The software has received many updates since then, but the hardware hasn’t. That’s driving the latest rumors that a Chromecast version 2 is on the way. Also fueling the speculation is a statement from Google executive Mario Queiroz, who said in October that new Chromecast devices are on the way. 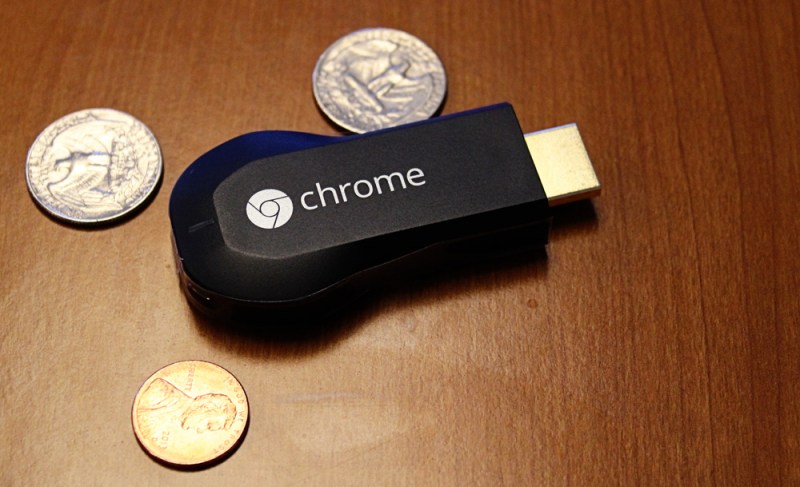 The future of Material Design

Depending on what Android M looks like, Google may update its Material Design guidelines — the design standards the company set for app developers on its platforms.

Of course, it’s possible that Google won’t update the standard — it received a spec refresh last month — but Google’s move to embrace Material Design on the Web suggests that more updates are on the way. 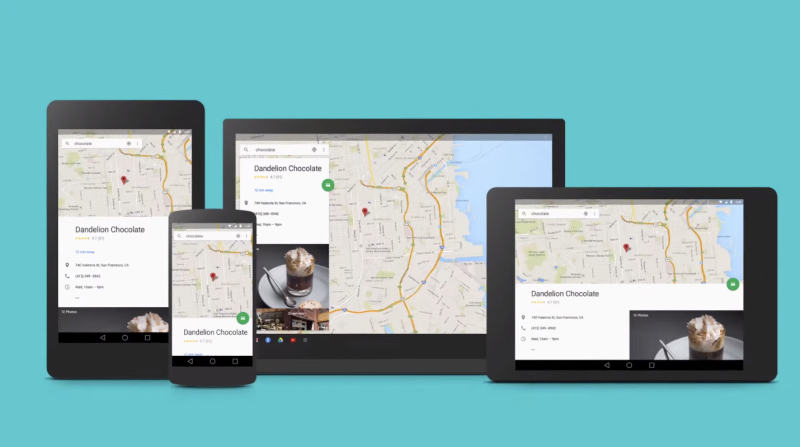 Google confirmed it’s developing a payments API for developers called Android Pay at the Mobile World Congress conference in March. Now, a report from Ars Technica says the API is expected to launch this week at I/O. “The platform will power in-store and in-app payments for third-party apps,” the report claims.

After pilot testing a Google Now API with select developers, Google may formally launch the service at I/O 2015. Google’s Aparna Chennapragada already revealed that an open API was in the works at SXSW back in March. This makes I/O a possible host event for the pending launch.

Out of all the rumors above, Glass may be the least likely to receive an update. Still, some speculate that Google plans to tease the future of Project Glass at I/O, after putting the breaks on the project earlier this year. Google hasn’t given up on the project yet, but that doesn’t mean it’ll share details this soon. We’ll see.

Check back for more updates as Google I/O 2015 approaches. Did we miss something? You can always tip us right here.