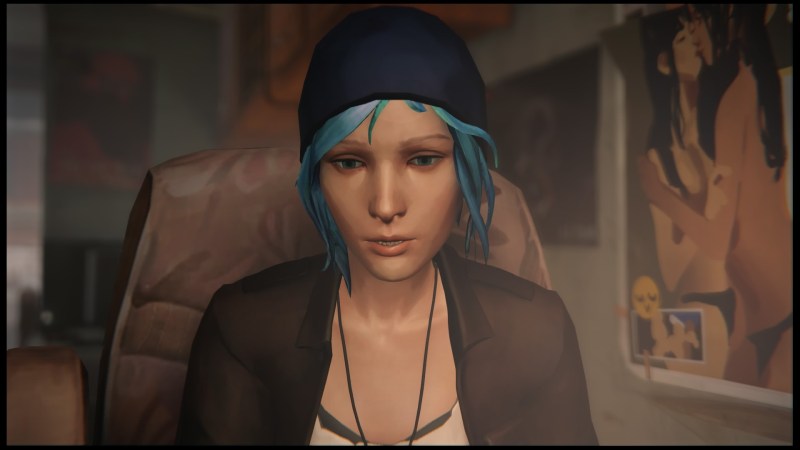 Above: No big deal, Chloe. The guy who lives here could just catch and kill us any second.

Chloe is just the worst, you guys

Despite what I said about Chloe’s and Max’s relationship being super-realistic and important, it doesn’t change that Chloe is just one of those characters you wish you could reach into your TV and shake. Most of the dramatic tension this time around comes not from the weird conspiracy surrounding the entire school but from Chloe’s firm and often vocalized belief that everyone in her life has let her down, and she’s therefore not responsible for anything she does.

While crucial to the story, it’s hard to watch, and it’s even harder to side with her as Max’s emotional anchor. Chloe is so irresponsible and flighty that upon breaking into the RV of a dangerous drug dealer who she knows to be armed (with a gun, in my game) and who is also eating breakfast 20 feet away, she immediately sits down and pretends to drive the camper.

Earlier, after she and Max commit a series of petty crimes, she decides that she really “deserves” to hang around for a bit longer and commit even more trespassing and press her luck in not getting caught so far. Because she is just that selfish and short-sighted. I just wanted to leave; three crimes in one night is my limit, but Chloe drives this one-sided friendship, so both Max and I had to go along.

It was frustrating. She frustrates me. 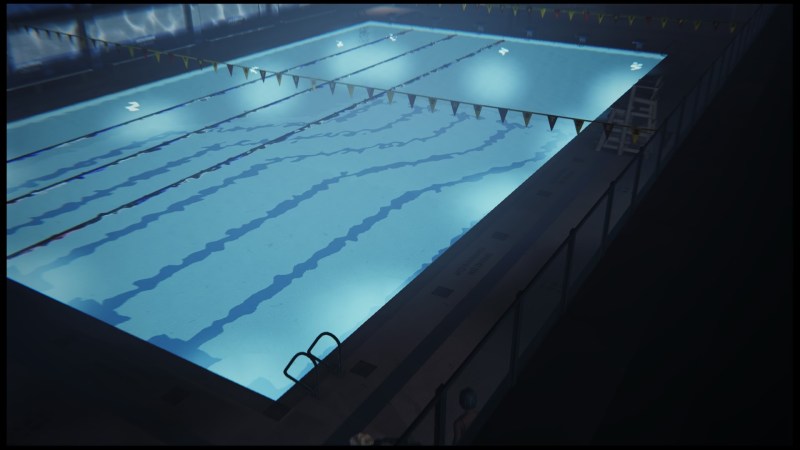 Above: You have to wade through a lot of less interesting scenes to get to the good stuff.

Not a lot happens

Other than the high points I’ve already mentioned, Chaos Theory feels like it’s treading water for most of its three hours. And I’m not just saying that because it actually has a scene where the main characters tread water in a pool. You don’t learn a whole lot of new information about what’s going on, and the ending changes the whole plot so much that it’s hard to know if the stuff you did uncover still matters.

The first half is just walking around in the dark with some minor, minor stealth thrown in, and then some drama happens, and then it finishes well. But you don’t move the plot forward, and a lot of it is just hanging out with dumb old Chloe. Who is dumb. 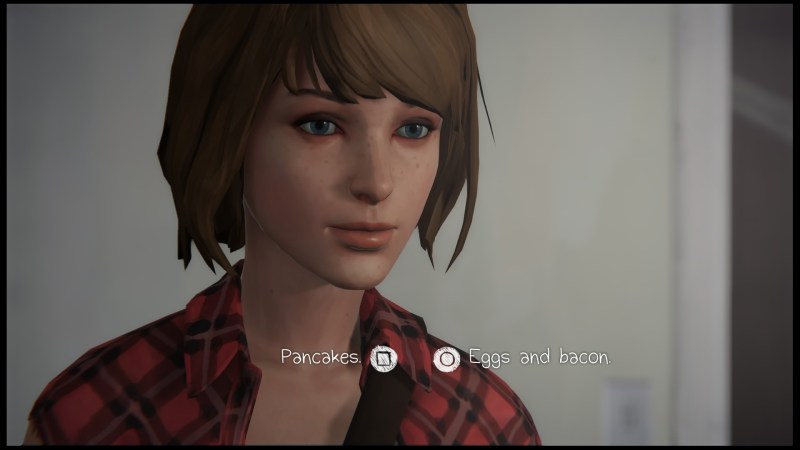 Above: The toughest choice I made in this episode is what to have for breakfast. I chose pancakes, by the way.

The time-travel powers and decision-making are mostly underused

The final playable scene aside, you mostly use Max’s powers to erase your mistakes and redo sections you fail. And even the latter scenes don’t carry much weight; whereas in the past you’ve used temporal wizardry to save lives, this time around you’re using it to reset the lockout on a computer and make a character slip on beans.

It feels a lot more like a Mulligan power than a universe-changing gift of omniscience, and that’s unfortunate because Dontnod has already proven that it knows how to use this mechanic in cool ways. And in a few brilliant segments in this chapter, it still does, but other than that, it’s pretty flat.

The decision points also feel diluted here. It doesn’t present you with nearly as many split-second choices, but rather continues the episode’s “moseying right along” theme by asking you whether or not you’d like to erase names from a party’s guest list or enter a pool through the boys’ locker room.

Neither of these decisions really made me stop and think, and it didn’t feel like any of them mattered very much, especially considering how everything ends up.

Chaos Theory can’t escape the shadow of its superior predecessor, but that’s not to say it’s a bad experience. Once you power through the dull fetch quests and irritating Chloe Time, it manages to provide some powerful moments and the best ending of any episode so far.

Life Is Strange, Episode 3: Chaos Theory is out now for PlayStation 4, Xbox One, PlayStation 3, Xbox 360, and PC. The developer provided GamesBeat with a free PlayStation 4 download code for this review.