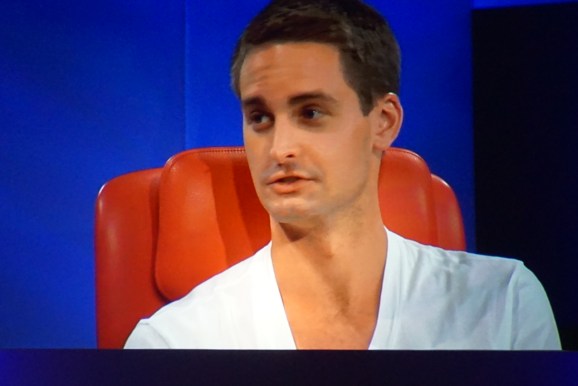 MAUs is the metric championed by Facebook and subsequently used by many social media companies as a way of counting engaged users, rather than people who just registered at one point but never bother to log on. But monthly is too slow for Spiegel.

Instead, the company measures daily — and even hourly — active users.

Spiegel said onstage today at the Code Conference that Snapchat has close to 100 million daily active users “in developed countries.”

More than that, 65 percent of those people actually contribute content — snaps and stories — of their own, which is a remarkably high level of active engagement.

Spiegel also said that Vodafone has attributed 75 percent of its customers’ upload bandwidth usage in the U.K. to Snapchat.

In short, Snapchat has fanatically engaged customers. What it does with that customer base is still to be determined, but advertising is certainly part of the whole picture — but not the whole picture.

“We believe that great businesses need multiple sources of revenue,” Spiegel said, and said the company is investigating other sources. But in the meantime, that fanatic level of engagement is certainly an attractive target for advertisers.

Still, Spiegel said, the company is not designing with brand advertisers in mind.

“We’re building Snapchat for people, not for brands,” Spiegel said.

How he describes the app is particularly interesting, given that it’s grown beyond merely sharing ephemeral photos and into creating and sharing “stories” (chronological arrangements of photos and text) and even into journalism and media, with its Discover service.

And he’s trying to make it grow incredibly fast, he said, while maintaining those really high levels of engagement.

“For me the mandate is to grow as fast as humanly possible, and then find absolutely astounding people who really want to go where we want to go, and then give them autonomy to go do that.”