Google today announced it is bringing App Indexing to iOS apps for signed-in users “in the next few days.” Just like on Android, iOS users will soon be able to open content surfaced from mobile apps directly in Google Search on their mobile device. They will also be able to install iOS apps right from Google Search.

Google says it will start offering indexed links for “a small group of test partners initially,” though it is working to make the feature available to more app developers “as soon as possible.” Developers who want their iOS apps to appear in Google’s search results (in the main Google app and in Chrome) can follow these steps to get a head start:

The company will be sharing more details at Google I/O 2015 later this week. If you can’t attend, you can ask questions on Google’s Webmaster help forum to get more technical details. 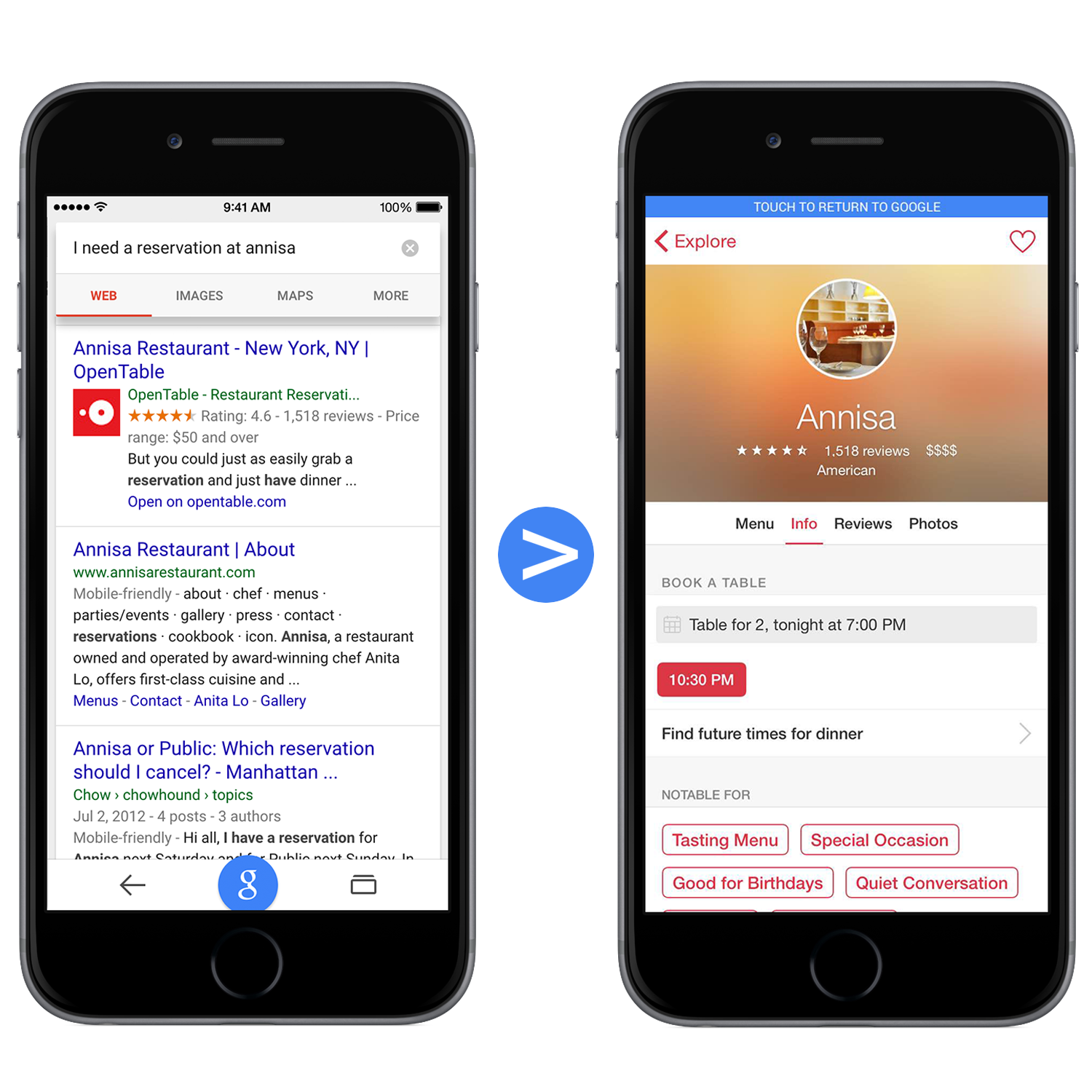 Google has been experimenting with various levels of app indexing for years, with features showing up as early as December 2013. Yet that was all for Android; today Google is expanding to iOS.

In February, Google started using information from indexed apps as a ranking factor, albeit only for signed-in users who have said apps installed. Last month, the company started including content from Android apps that users didn’t even have installed. The same progression will occur for iOS apps as well.

With both Android and iOS, Google Search will soon be indexing content from the two biggest mobile app platforms. This is the company’s strategy to bring the Web and mobile closer together: promote apps for developers, offer users content only available in apps, and gather data about where/how users are accessing information.

Update on June 4: The functionality is now rolling out to search results in the Google app as well as in Chrome for iPhone and iPad. You can find new iOS apps right in Google Search (just like on Android) by searching for things like “word games” and install them from there. At the same time, in-app content will also show up (search for “DIY interior design” to see pinboards on Pinterest). 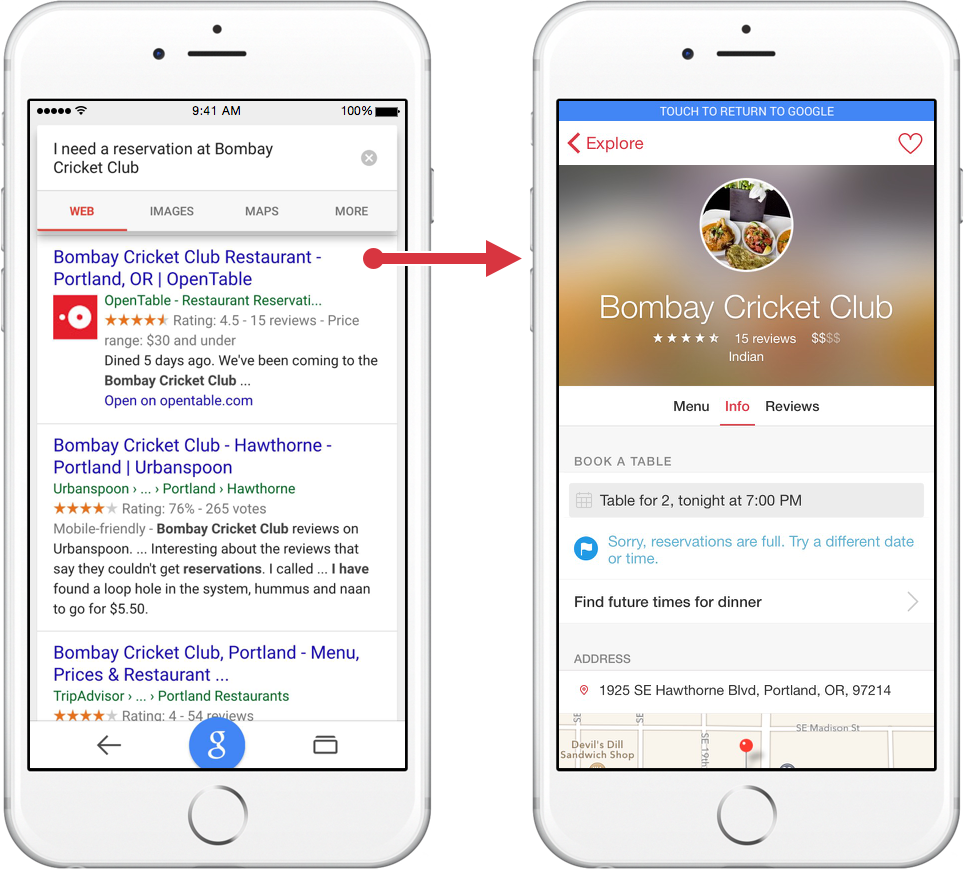 That said, you need to be signed in for this to work. Also, in-app content is limited to an initial set of partners.