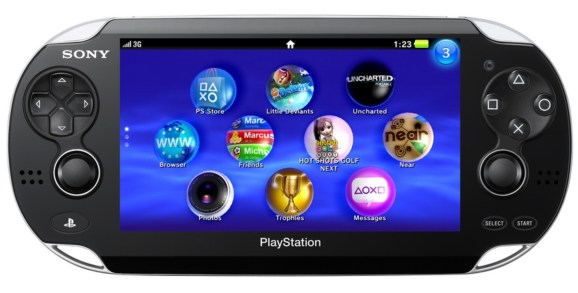 The Vita may yet live.

Earlier today, we reported that Sony Computer Entertainment chief executive officer Andrew House didn’t have many plans for the PlayStation Vita as part of his company’s strategy for 2015. He even referred to the Vita as a “legacy platform,” but Sony is now clarifying that label only applies to older models of the handheld.

“What Andy mentioned as ‘legacy platform’ was part of the write-off for PS Vita components for the first generation of the PS Vita, which is no longer available in the market,” a Sony spokesperson said in a statement provided to GamesBeat. “And he did not directly mean the current PS Vita and PS TV models, which are available in the market. Our portable business will be continued, and many users are now enjoying PlayStation 4 remote play features as well as original PS Vita game titles on PS Vita and PS TV.”

In remarks to investors, House said that the Vita is “strong and vibrant” in Asia, but he didn’t explain how the handheld fits into the company’s attempts to broaden its reach or increase the average amount of money consumers spend on PlayStation products. Those are the core areas that House wants his teams to focus on going through the end of the year, and he highlighted the game-streaming service PlayStation Now and the TV-delivery service PlayStation Vue as ways to accomplish that.

But these clarified remarks suggest that the company may still try to fit the Vita into its plans, and it will have the opportunity to prove that in the coming weeks as the Electronic Entertainment Expo trade show begins in mid-June in Los Angeles.