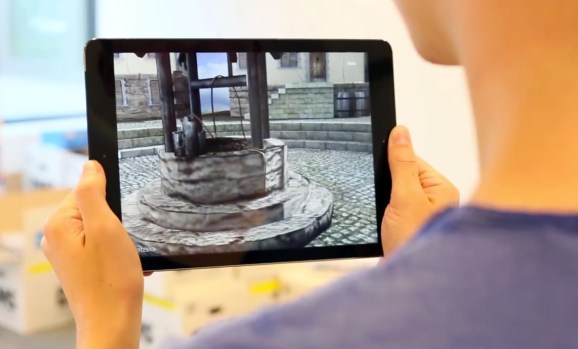 Metaio's new tech can anchor a virtual environment to a device's position and perspective.

As VentureBeat reported last night, Metaio earlier this week announced on its website that its services were no longer available.

Documents on file with the German states’ Common Register Portal dated May 22 proves that Apple bought the company. Metaio debuted in 2003.

Apple did not immediately respond to VentureBeat’s request for comment.

Microsoft has made strides this year with the introduction of HoloLens. Facebook has Oculus VR.

Now Apple has made a big move to catch up.