My whole family gathered around the television recently to play a game on the Nvidia Shield set-top box, a beefy Android machine with a high-end processor that is capable of running some of the graphically intense games made. Our first choice: Pac-Man. We downloaded the beloved game from my childhood in a minute or so over our cable modem connection and then launched it on a big-screen TV. Soon, we were laughing and competing to get the high score. 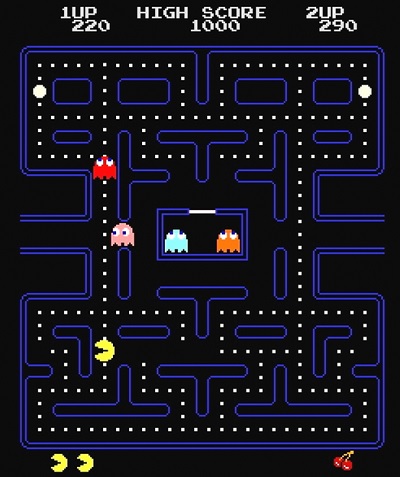 The Shield set-top box, which goes on sale today for $200 (for 16GB storage) or $300 (for 500GB), is a high-end living room entertainment box with 30 times the performance of competing devices. But it’s also a flagship box for Google’s Android TV and a nice introductory all-in-one box for a gamer and his or her family. We found that the draw of the box wasn’t the high-end games like Half-Life 2 but the more casual, broader audience titles like Pac-Man that the whole family can play. We don’t do this very often as most of the time everyone is playing something on one of their own screens, like a computer or a smartphone. But getting in front of the TV makes the gaming and entertainment experience a lot more social.

There are plenty of hardcore games among the 200 or so Android titles that are either available now or will soon be available on the Shield. I can play those at night after everyone has gone to sleep. But in a hands-on demo of the box for the past week, I found plenty to like in how it just makes family experiences in front of the TV better. If Nvidia’s bold move into the living room pays off, I think it’s going to revolve around how good Nvidia is at communicating the versatility of the box to this broader audience of a gamer’s whole family.

I’ve said this before. If Nvidia has hit its target, it could grab some share of the living room hardware market that is now split between the set-top box makers and game console companies — a market that hit $67 billion in 2014, according to market researcher Jon Peddie Research.

The device is a pretty good console, as Nvidia noted when it unveiled the machine at the Game Developers Conference (GDC) in March. But as it goes on sale today and hits the stage at Google’s I/O conference, the company is making its pitch for capturing all of living room entertainment. With the apps on the box, I was able to check out videos on YouTube, Netflix HD, and Google’s Live TV channels. Since the box is connected to the Internet and has a web browser, you can pretty much watch anything (and turn on parental controls).

We’ve tried mostly arcade-like games, such as the wave racer Riptide GP2 ($2 from Vector Unit). You ride a futuristic jet-ski style hovercraft through beautifully rendered water tracks as fast as possible. We also played GT Racing 2: The Real Car Experience. It was another racing game built for mobile devices, but it looked great in HD on the TV.

There are a bunch of family games like JuJu, a platformer with a flying wild hog, and there are some indie hits such as The Talos Principle and Never Alone (coming soon). There are also a ton of hardcore classics such as Doom 3: BFG, Half-Life 2: Episode Two, and modern hits such as Borderlands: The Pre-Sequel (bundled for free, coming July 1) and War Thunder.

You can play games either via Nvidia’s Grid game-streaming service or download them to your storage on the Android box. You can theoretically play high-end games on the cloud, but Nvidia is still beefing up the Grid service. If Nvidia gets this working great, then it will represent more of a real threat to the game consoles, in my opinion. Some of the games are free, but others are available for discounted digital game prices. 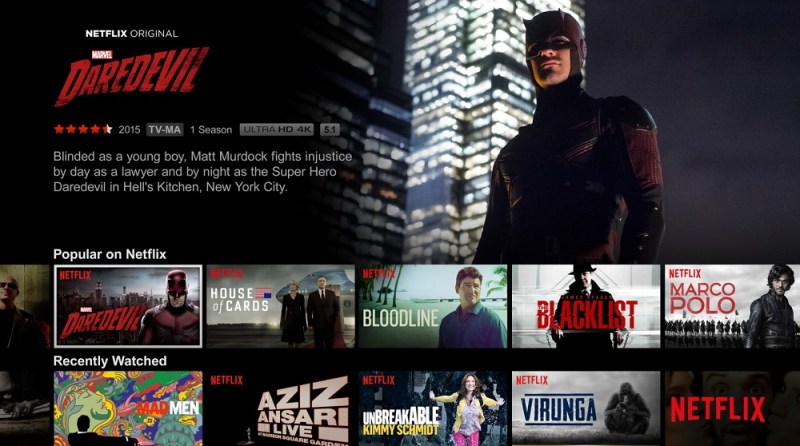 Above: Netflix on Shield

You also get $60 in Google Play credits (a $30 gift card and $30 Google Play Music subscription for 90 days). At the same time, you’ll have to pay $50 for a remote control with voice search, $30 for a stand, and $60 for additional controllers. By the time you’re done with that, you’re going to be paying a price that is a lot more than the cheapest Android set-top boxes, like the $99 Amazon Kindle box, but still less than the $300 Nintendo Wii U, the $350 Microsoft Xbox One, and the $400 PlayStation 4.

When I compared some of the 200 games that are (or soon will be) available on the Nvidia Shield set-top box, they are somewhat older than the freshest stuff on the consoles, and the Shield lacks system-selling exclusives. That’s probably OK since Nvidia is going more for entertainment for the whole family rather than just the heat-seeking hardcore gamers, who will spend the extra money to get high-end gaming computers or consoles.

I think that Nvidia should get a bigger collection of family-friendly games, like the Chromecast titles that Google is encouraging developers to create. With Chromecast, which is built into the Nvidia set-top, you can use your smartphone, tablet, or Nvidia Shield tablet to control a game that you view on the television. These casual titles will be the ones that create that social experience that brings out the value of boxes like Nvidia’s.

Sure, we can all gather around a laptop and watch a funny YouTube video. But it’s a lot more fun to watch an impressive 4K video on a big screen. You can do that with the Shield since it sports an awesome Tegra X1 processor with 256 graphics cores and a 64-bit central processing unit. The voice-controlled remote control is a good addition as it makes it a lot easier to surf for content.

Above: Nvidia’s take on the evolving TV experience.

You can check out apps such as Hulu, Netflix HD, ESPN, Google Live Channels, and lots more. You can also watch 4K content from a GoPro camera or other camcorders. You can do some of this with the other $99 set-tops out there, but the 4K content is going to put those machines to the test. On the Shield set-top box, with its fast compression and decompression capabilities, running 4K video isn’t that taxing.

I’ll be watching in the coming weeks to see if the family continues to make use of the set-top box. Sometimes, my family gets excited about something and then they stop using it. It’s very hard to break old habits, so we’re still doing a lot of viewing on the old-fashioned cable set-top box.

Interestingly, I find it intriguing that Nvidia announced the box at the GDC as a game console and is now pushing it as a great entertainment box. Microsoft had this same problem when it launched the Xbox One video game console. And it messed up its messaging enough that the hardcore gamers shifted over to the Sony PlayStation 4, giving that system a big head start in sales. Microsoft is still paying for the mixed marketing message.

I do think there is room in the market. We don’t always need to put a supercomputer to work to deliver us slightly better 3D graphics in a game console. We can put that computing power into being able to do things like voice-processing, multitasking, and running better-quality video such as 4K. Some people will care more about getting a box that conveniently brings all kinds of things into a single device at a relatively cheap price.

Is it a television revolution? I’ll wait and see. I look forward to more social play and other kinds of entertainment as it means I’ll be able to come out of the home office or the garage where I play my own games and join the family in the living room. I’ve been locked out in the garage for way too long. 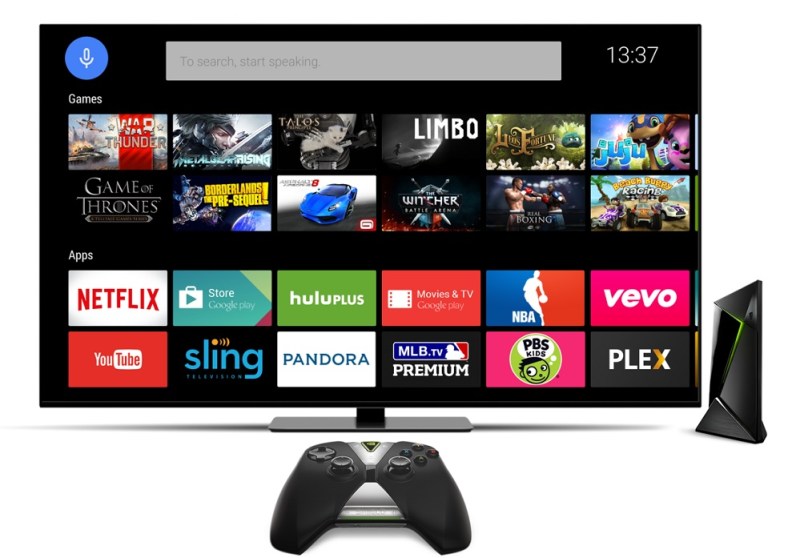