Mobile developers have a handful options to drive revenue, but for many, the most important is still advertising. At its I/O 2015 conference today, Google announced the latest options for app and game makers when it comes to monetizing their projects with ads.

Here is how it works. Google requires the following inputs about an app: What your ad copy will say, the audience you wish to reach, and how much you want to spend. That’s it; Google handles the rest.

The goal is to make it as easy as possible for developers to promote their apps across Google’s products. “Behind the scenes, our ad creation and bidding engines will help maximize performance for your campaigns so you can spend more time building and enhancing your apps,” Jonathan Alferness, Google’s vice president of mobile ads, said in a statement.

In February, Google announced search ads were coming to Google Play: sponsored results right next to all the other apps exactly when users are looking to install. Both search ads on Google Play and Universal App Campaigns will roll out “in the coming months.”

In its latest bid to help app developers understand the effectiveness of various media partners and placements, Google also announced Mobile App Install Campaign Attribution. That mouthful essentially translates to not just offering a view of app value across networks but also the capability to “postback” conversions to ad networks.

Google Analytics already lets you track the performance of your mobile app install campaign for both Android and iOS users thanks to partnerships with over 20 ad networks. Data integration with these partners means Google can detail app value across networks based on the metrics like LTV and retention. 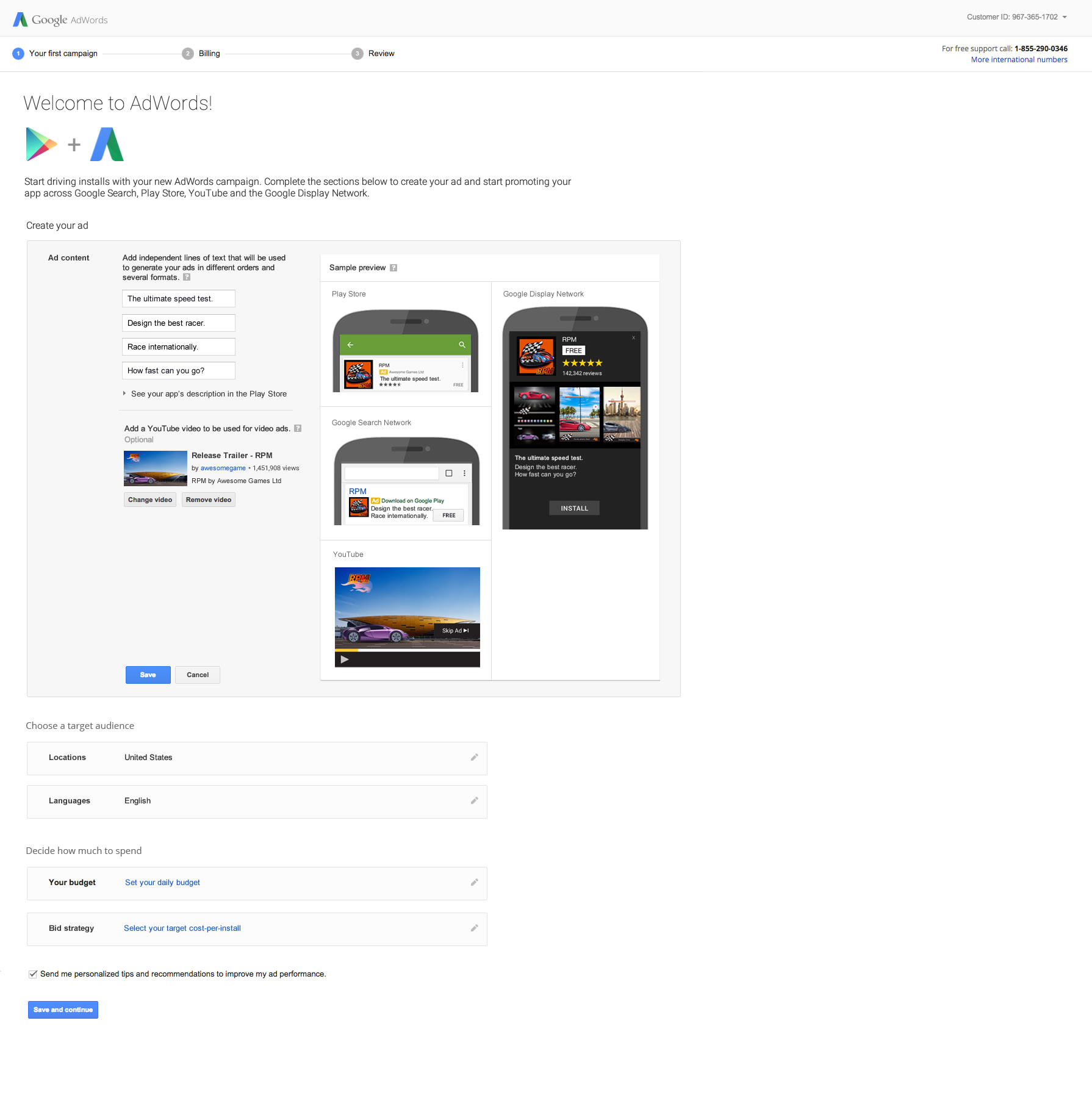 With a single SDK, developers will be able to postback their conversions to referring networks in order to optimize their traffic “in the coming months.” The end goal is to help them make decisions on where to spend their advertising dollars.

In that same vein, app install and event data from key third-party measurement partners can now be integrated into AdWords. Google is working with third-parties (including Adjust, Appsflyer, Apsalar, Kochava, and Tune) to increase measurement accuracy between different trackers in AdWords.

Google’s Audience Builder tool already lets developers segment users based on how they are using an app. Today, the company announced a beta feature that lets developers define a list of users and show ads to just them while hiding ads from the rest (example: show ads to most users and hide them from those who have already paid). 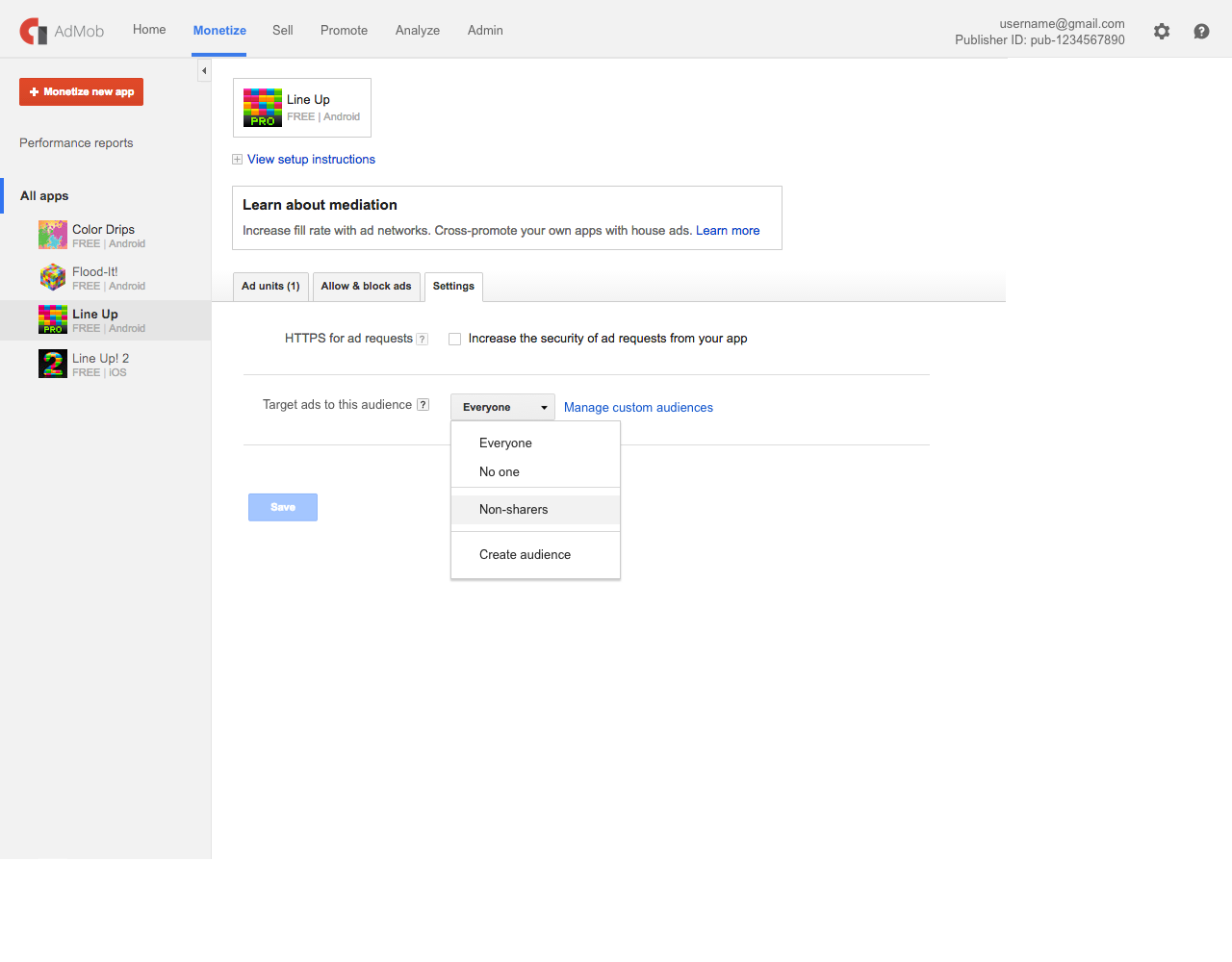 AdMob mediation now supports 40 mediation partners (it added 15 networks in the past year alone). The most recent addition is Tencent, which just so happens to be one of the largest mobile ad networks in China.

Google also unveiled AdMob Reservations, a beta feature that supports mobile app sales teams by letting them take ad campaign bookings from advertisers they work with directly, upload ad creatives, and manage the delivery of these campaigns for free. All of this directly in the AdMob platform. 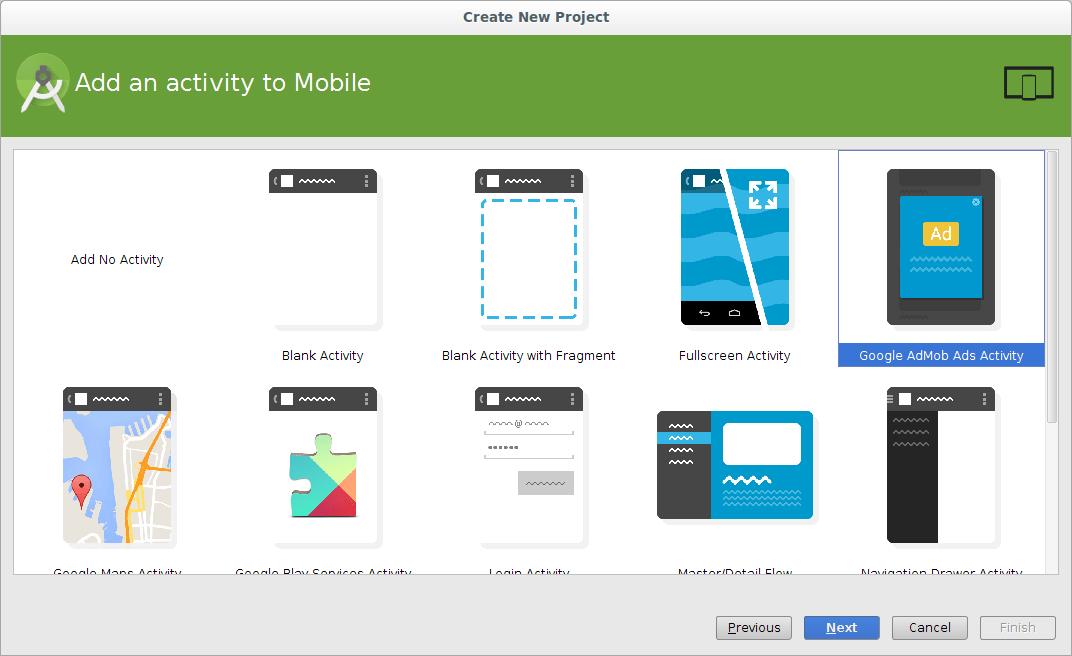 The company announced a feature coming “in the coming months” that will let developers take advantage of native ads without requiring custom design work. They can simply define the style of their ad using CSS, and AdMob will serve the ad based on those specifications (and yes, the ad’s appearance can be changed on the fly by adjusting the CSS).

Last but certainly not least, AdMob is being integrated into Android Studio. This means developers can quickly and easily create AdMob ad units as they build their app.

Ads still drive the larger majority of Google’s revenue; the company is thus constantly adding, tweaking, and improving its offerings. Today’s news is wide-ranging, but it’s clearly aimed at just one audience.

“This is the biggest set of updates to our app promotion business ever at Google I/O,” a Google spokesperson told VentureBeat. Catering specific updates to developers is a no-brainer, and if these additions are embraced, we expect a set of similar additions on an annual basis.