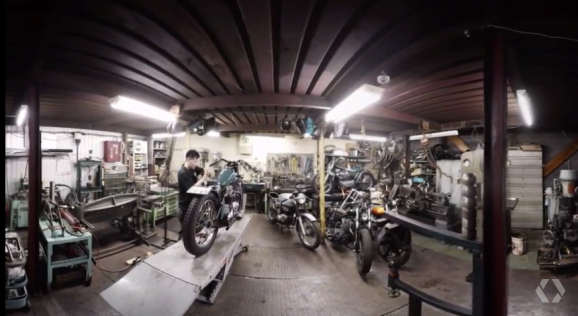 Jump will be compatible with GoPro cameras, enabling as many as 16 cameras to work together “as one,” Clay Bavor of Google Cardboard told the crowd. The system can work with an array made out any material, including cardboard, Bavor said.

Jump performs color calibration and exposure compensation to ensure that pictures from so many cameras all come together without any awkward dividing lines.

“To fix those, our algorithms use information about the underlying structure of the scenes to perform three-dimensional alignments,” Bavor said. “[It can] compensate for depths of different objects in a scene, like this. This understanding of depth that also enables us to create all these in between viewpoints, which you can see here.”

The Jump assembler, which turns images into virtual reality video, will become available to select creators worldwide this summer. And YouTube will support Jump content.