VC Mobile Entertainment is a new company that will produce and publish games for iOS and Android, and it is the latest project from Jon Van Caneghem, who is the creator of Might and Magic and Heroes of Might and Magic and worked on Command & Conquer. He secured $4.5 million in funding from firms like Tencent and Pacific Sky Investments. With consumers spending around $30 billion on mobile games annually, it makes sense that Van Caneghem would target this sector with his latest venture.

Van Caneghem has been in gaming for more than 30 years. He founded New World Computing, one of the important publishers in the 1980s PC gaming scene, and cofounded Trion Worlds in 2006. He left that company in 2009 and joined EA. 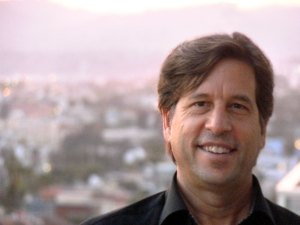 We asked Van Caneghem how his deep experience has helped him and how things are different from when he founded companies previously.

“The biggest difference for me is really the focus,” he told GamesBeat over email. “Having done this multiple times, it’s easier to start VCME with a much more clear vision of what the goals of the company are and how to shape it to meet those goals.”

He says that the paperwork and all those boring-but-necessary steps are the same as they ever were, but the potential of mobile is enormous compared to what New World Computing and Trion Worlds were dealing with.

“I’ve gone from PC games you buy from a store, to multiplayer games you buy online, to mobile games you can access from anywhere,” said Van Caneghem. “The radical evolution of the industry in such a short period of time is amazing and it’s exciting to be a part of it.”

VCME has already brought together a team of developers to work on a new game, which it will release later this year — although the company isn’t sharing any details yet about what it is making.

“I can say that we don’t want to ignore the lessons learned in the industry so far while at the same time recognizing that innovation is necessary for differentiation,” said Van Caneghem. “I have extensive experience creating original games, and my team has experience across all facets of the industry which gives us an edge when looking forward to the future of mobile games.”

That makes it sound like VCME will potentially try to take what works with games like Clash of Clans and Candy Crush Saga and apply it to something new. The developer also said it plans to release the game in Western markets first before going global or to countries like Tencent’s home of China.

And that potential — to reach gamers everywhere — that has Van Caneghem energized about VCME.

“I feel like this is the most exciting time to be in the games business,” he said. “We’re now in a place where a game can reach an audience that would have seemed completely impossible just a few short years ago. This audience can find, download, and play your game from almost anywhere in the world on a powerful device that they can access throughout the day. It’s truly amazing.”