Magicka 2, the follow-up to publisher Paradox Entertainment’s original, frenetic four-player action-adventure game (available now on PlayStation 4 and Windows PC, which I reviewed), started out with a bang, a bunch of laughs, and a pile of dead wizards. I gathered up a few friends who were new to the series, gave them a brief description of what to expect, and we all enthusiastically jumped right in. Within 10 minutes, we were all freezing, shocking, burning, and cursing each other — when we could stop laughing long enough, that is.

After finishing the first few chapters in a crazy, frantic, and enjoyable few hours of fun, however, Magicka 2 began to transform into an entirely different beast.

Encounters with enemies became more tedious as the numbers of our opponents increased dramatically. We frequently got stuck on objects and died needlessly when one player moved too far ahead. The ever-present struggle to stay alive long enough to resurrect your dead teammates downed out the initial fun of combining different elements to create different magical effects.

The magic fizzled in a dramatic puff of repetitive frustration.

A fun and unique system of magic 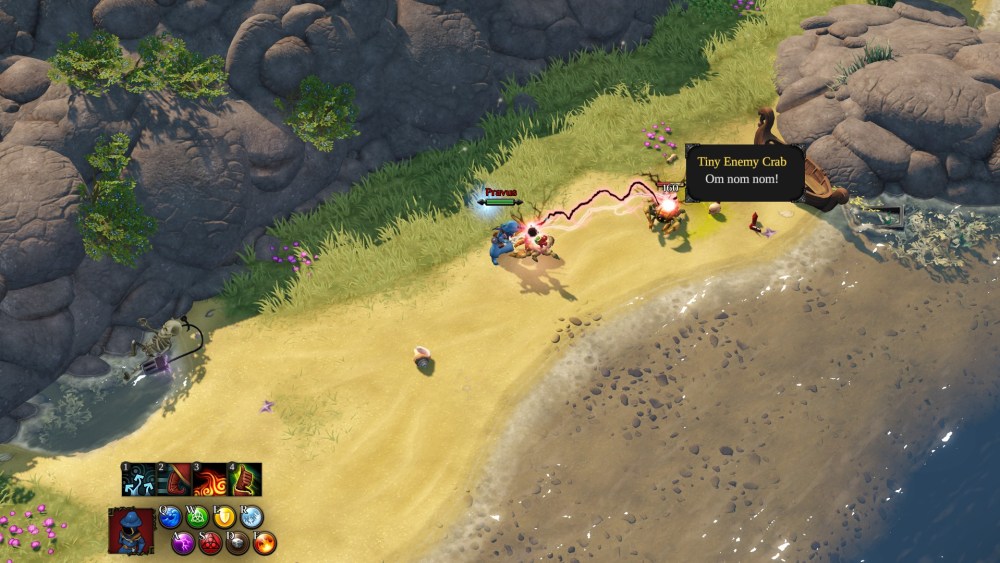 Just like the first entry in the series, Magicka 2 features an innovative system of magic that has eight different elements bound to keys on your keyboard (or buttons on a controller, if you prefer). To create an effect, you queue up to five elements — either different ones, the same one multiple times, or a combination — and then click a mouse button depending on how you want to target the spell. A right-click usually generates some sort of ranged, targeted attack in the direction of your mouse cursor. Clicking the mouse wheel casts the effect on your own mage, which can be quite suicidal if you mix in anything but shielding or life magic. Holding the Shift key while clicking the mouse wheel casts an area of effect (AOE) spell around your wizard, and Shift plus a right-click imbues your sword with the elements selected.

Certain combinations produce different effects. Fire and earth combine into a fireball. Water and cold blast a series of ice shards. Lightning and death magic combine to form a lethal black lightning bolt that any Sith Lord would be envious of. A large part of the initial fun of Magicka 2 is combining these elements in different orders and amounts, targeting them in various ways, and seeing what happens. Just remember that friendly fire is always enabled, so be careful where you that death-fire-lightning beam.

With characters like Vlad (the dark-haired narrator who sends you on your quest, has an overblown Transylvanian accent, and repeatedly reminds you that he is not a vampire) and blatant nods to popular TV and movie franchises like Game of Thrones and Fast and Furious, Magicka 2 is good for many chuckles. For the observant or more well-read, you’ll also see references to more highbrow sources like Friedrich Nietzsche. In this game, if you gaze too long into an abyss, you get overrun by crab-like creatures. 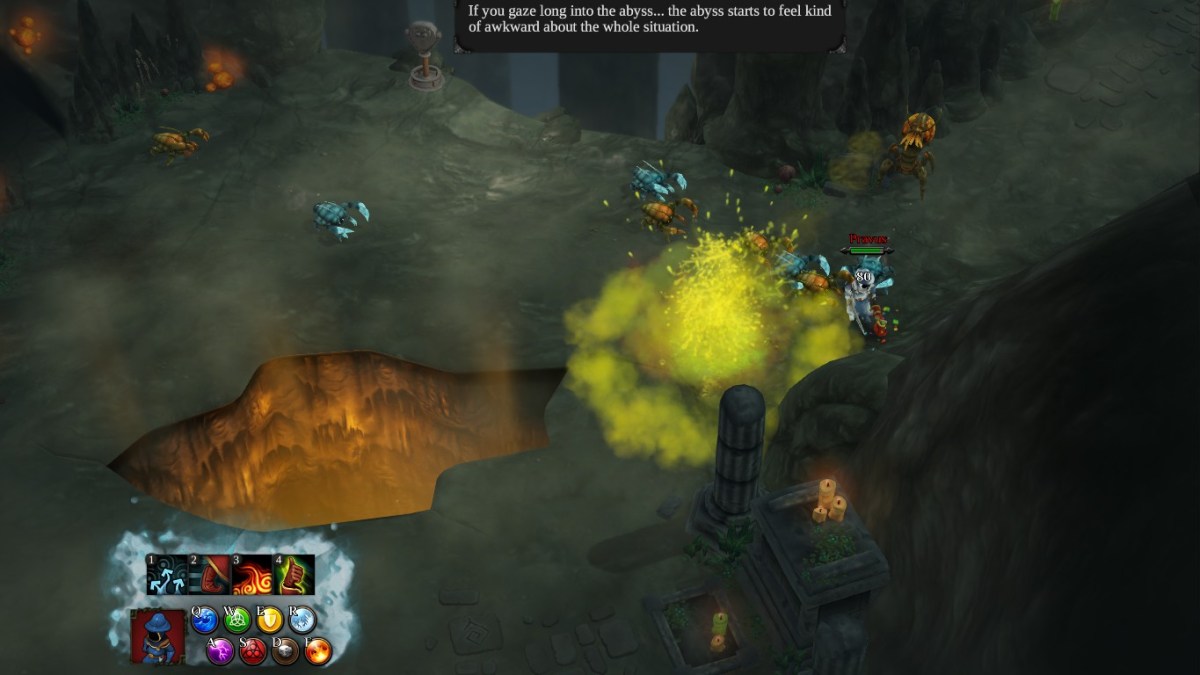 Above: Magicka 2 even pokes fun at famous philosophers.

Making mistakes actually adds to your enjoyment (at least at first)

When the action gets heavy and the screen fills with enemies, you’ll often find yourself queuing the wrong elements or clicking the wrong targeting method, often with unexpected and deadly results. For example, you might be low on health and trying to heal yourself with some life magic, but then you accidentally tap the shield magic key and instead make yourself immune to healing magic for a period of time. Or you may try to shoot a fireball across the screen but instead send up a circle of fire around yourself and torch some of your travelling companions in the process. The sheer number of combinations and the pressure of a screen full of enemies adds a level of chaotic fun not found in most games.

Clunky controls, even with the addition of controller support

While the default keyboard and mouse controls lend themselves well to casting and targeting spells, they also make it difficult to move in one direction and sling fireballs in another. Since you have to click the left mouse button to move and many of the default attacks aim in the direction of your mouse cursor, this often results in you either standing still while trying to aim your lightning bolt or running away and not damaging the enemies.

The addition of controller support turns Magicka 2 into more of a twin-stick shooter and solves the targeting while moving problem. However, the mapping of the elements to the face buttons and the necessity of holding one of the bumper buttons to toggle back and forth between two sets of four elements makes the creation of magical effects clunky and often imprecise.

The end result is two different control schemes, neither of which you’ll ever likely be completely happy with. You basically have to choose if you’d like to be more mobile and have the ability to aim while retreating or faster more accurate at casting the spells. Either way, the player loses.

Combat encounters mostly play out all the same

When the action gets frantic, the vast majority of the combat in Magicka seems to devolve to the same formula: click like a madman to keep your wizard mobile, cast a few spells that hopefully damage some of the enemies more than your companions, revive one of your fallen teammates who has been dead for a few minutes, and die seconds later. If you’re really lucky, you may also cast a spell that this particular group of enemies is weak against and kill them a bit faster. 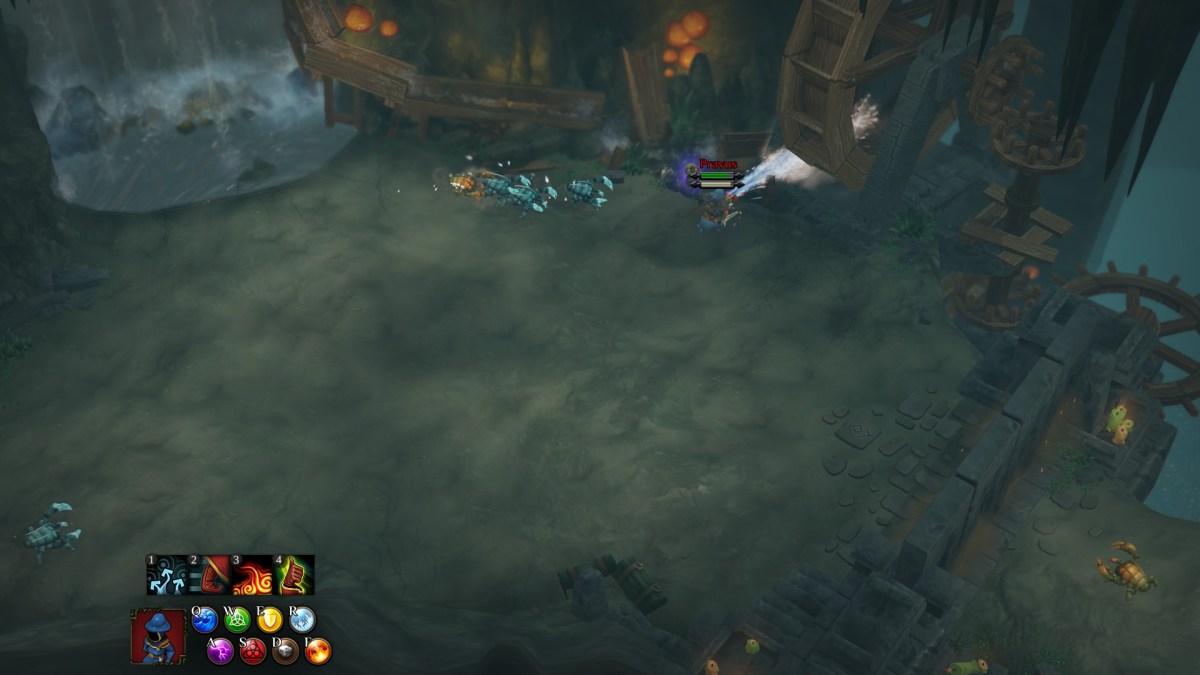 Above: You don’t want to know how many times I died here before I figured this out.

You can do things like shield yourself from fire and lessen the damage you take from the goblins with the flamethrowers, but all too often you’re spending most of your time simply clicking to try to keep yourself out of range. Most of these protection spells have a very short duration anyway, forcing you to recast multiple times if you want to keep yourself protected. As chaotic as some of the larger battles get, this is often impractical. Tactics get thrown out the window, and you’re left with the same repetitive struggle for survival.

Both new and returning players are likely to be confused

For people new to the series, the prologue doesn’t really give you a good idea of what kind of magical effects are possible. If I hadn’t played the original Magicka and imparted some of that knowledge to my companions, I fear they may have fared much worse. Even after sharing some of the more useful things I remembered, more than one member of my group opined that the game would be almost unplayable without knowledge of certain combinations, and it would certainly be more enjoyable if they had been taught more in the beginning.

Even more puzzling, though, are some of the changes that are likely to throw off veterans of the first installment. While you still can create steam (water plus fire) and ice (water plus cold) effects, these no longer combine to one element in your queue, so it effectively leaves you with fewer and less complicated combinations than were available in the first installment. Unfortunately, some of these complicated spells were also the most deadly, and what’s left in Magika 2 can sometimes feel a little underwhelming when you’re inundated with creatures bent on your destruction.

Magicka 2 is good for some multiplayer laughs, but just how much fun you and your friends derive from it depends heavily on your willingness to repeat the cycle of casting a spell or two, running around like crazy until the cooldown on your revive spell is up, and bringing back one of your dead companions seconds before your enemies reduce you to an unmoving pile of wizard meat. 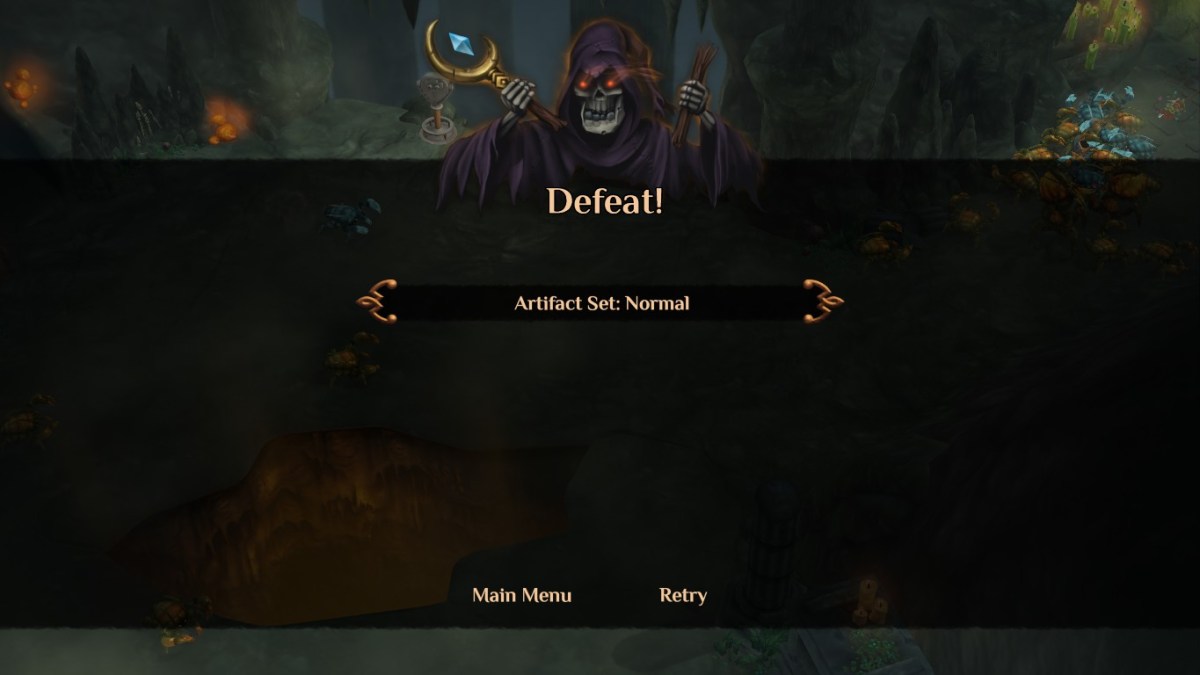 Above: Expect to see this screen a bit.

The lack of real instruction and clunky controls further wear down the initial charm of this spell-clinging comic adventure. The difficulty ramps up quickly, even when playing as a group, and tackling this game solo seems like an impossibility. In the end, the most dominant elements in Magicka 2 seem to be repetition and frustration. It’s just too bad you have no way to turn those against your enemies.

Magicka 2 released on May 26 for PC and PlayStation 4. The publisher provided GamesBeat with Steam codes for the purpose of this review.