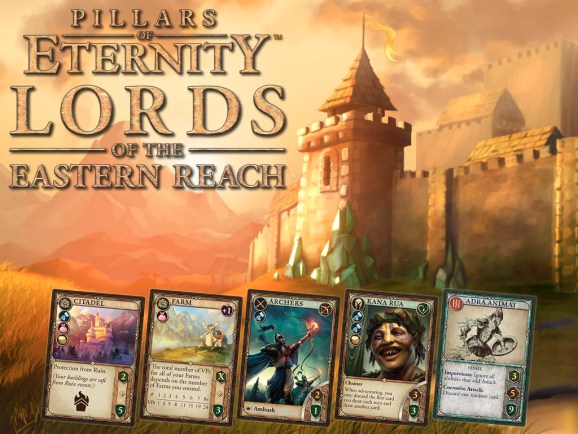 Who needs fancy graphics when you can have cards?

This might not be the follow-up you were expecting.

Pillars of Eternity, a role-playing game that came out in March for PC, Mac, and Linux, could become a physical card game if its new Kickstarter campaign is successful. Developer Obsidian is partnering with Zero Radius Games for the project, called Pillars of Eternity: Lords of the Eastern Reach Card Game. Its Kickstarter goal is $30,000.

The original Pillars of Eternity was itself one of the most successful Kickstarters in gaming history. It raised $3,986,929, which was well above its $1,100,000 goal.

Lords of the Eastern Reach is similar to other card games, like Magic: The Gathering, in that cards represent fighters and abilities. However, Pillars of Eternity looks a bit more complicated, and it even requires dice to play. The video below details the gameplay.