Samsung has come up with a non-touch method for fingerprint recognition on mobile devices, according to a new patent posted today by the U.S. Patent Office.

Using the technology, a user places her fingertip in front of the camera of a mobile device, and the device searches for a positive match with a valid fingerprint image it holds in memory.

The patent states that technology automatically manipulates the focus of the camera until it gets just the right fix on the fingerprint image.

The system also displays a guide on the screen that helps the user line up the fingertip with the camera correctly. 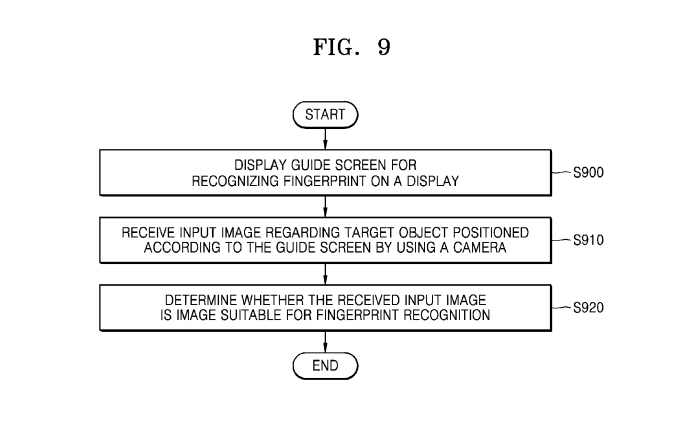 You might wonder what advantage this contactless method has over the full-contact fingerprint readers we use today. It’s all about accuracy and ease of recognition. Contactless fingerprint readers can use software to account for things like the dryness of a user’s hand or motion distortions in fingerprint pattern, which can hinder an accurate read.

So, logging on to your phone or authorizing a mobile payment might go much faster with contactless.

The patent was filed in the Korean Intellectual Property Office on Nov. 22, 2013, but is recognized by the U.S. Patent Office.

Speaking of mobile payments, Samsung’s patent was filed on the same day Google announced that the fingerprint reader has become the main authentication method in its Android Pay mobile payments system.

Samsung, however, has plans to launch its own mobile payment platform, Samsung Pay, this summer.