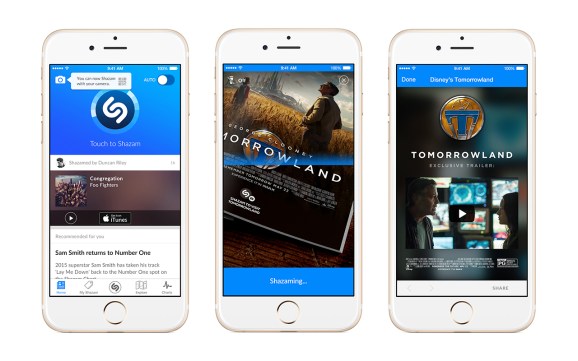 Shazam announced today that it has expanded its popular music discovery app to include the ability to scan and recognize visual objects.

Starting with the latest update to the app, users can use their smartphone camera to scan things like posters, magazine pages, or some packaged goods to create what the company calls “dynamic pieces of content.” Scannable objects have been developed in partnership with companies such as Walt Disney, HarperCollins, and Target.

Visual content that can be scanned via Shazam will feature either a Shazam camera logo or QR code. Scanning this opens some kind of “interactive content, special offers, and ability to purchase items or share them with others,” according to Shazam.

Currently, Shazam says it has 100 million monthly active users on its app, which scans music playing on the radio or TV to help people discover the name of the song or artist.

The update works on both iOS and Android.