The move is the San Francisco company’s latest move to get some mojo in mobile, and it is an attempt to take some market share in a category dominated by King’s Candy Crush Saga. Mobile gaming is expected to generate more than $30 billion in revenue in 2015, according to market researcher Newzoo.

Zynga isn’t saying how important the game is to its bottom line, but it is another title that Zynga hopes will grab the attention of people who play Farmville, which has been downloaded more than 700 million times to date. Mark Turmell, creative director at Zynga’s studio in San Diego, Calif., said in an interview that the game rewards players who play multiple FarmVille games, since it allows them to earn resources for one game by playing another.

But Zynga only created the game because it was able to innovate in a category that has stagnated in gameplay, Turmell said. 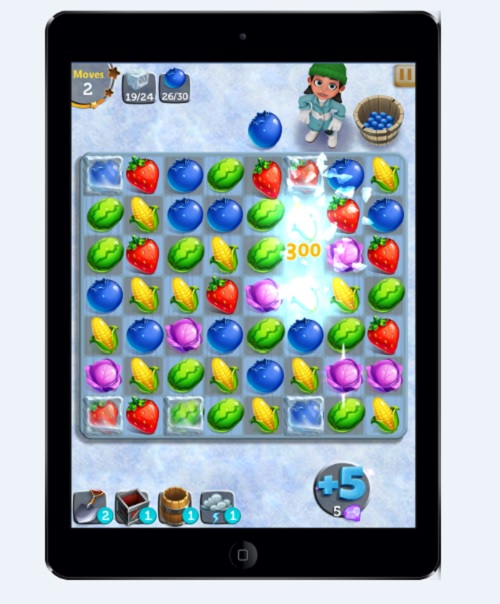 “We’re super-excited about what we have created, a Match-3 game with innovation to it, all set within the charming fiction of FarmVille,” he said. “We’re bringing fans of FarmVille a new way to play with those characters. We have created a mechanic that has never been done before. You can drag or swipe through different objects, not just swap.”

Zynga once ruled the roost of social gaming when FarmVille was at its peak from 2009 to 2011, but the audience moved on from Facebook’s desktop web site to mobile devices. And now the company desperately needs this kind of game to keep itself moving forward. The company changed CEOs earlier this month, bringing back founder Mark Pincus to replace Don Mattrick. It also laid off a few hundred employees in an effort to become more efficient at making mobile titles.

Turmell said that the scenario-based game has a better meta game, where you have to progress along a map and follow a narrative based on popular FarmVille characters. If a barn catches on fire, your job is to solve the puzzle and douse the flames. That kind of narrative is important to keeping the players coming back to the more than 160 levels that the game is launching with. You’ll see extreme weather and cool 3D explosions when you score big chains of color matching.

The mechanics include “swap-to-match,” “swipe-to-clear,” and uncovering power-ups. You need to think quick and use strategy to master each level. 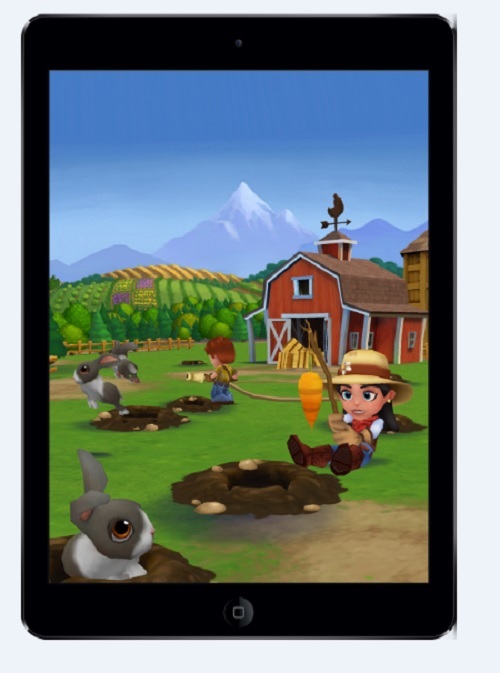 The title is launching worldwide today on App Store for iPhone, iPad and iPod, Google Play, Facebook, and the Amazon App Store for Kindle devices. More social game features will be coming to FarmVille: Harvest Swap in the near future. Zynga considers the game to fit in the “casual” category, rather than “invest and express,” the category for games like FarmVille. Other strategic categories for Zynga include racing, action strategy, and social casino games.

Turmell, the game’s lead designer with more than two decades of game experience, said the company tested the game for a while in markets such as Canada and Australia. Turmell has worked on titles such as Smash TV, NBA Jam and NFL Blitz. His team also created the bubble shooter game Bubble Safari, which was a big success that hit more than 7 million daily active users at its peak a few years ago.

“The response from consumers so far has been universally positive,” Turmell said.

As for the competition, Turmell said there is an incredible amount of variety in the Match-3 category, which was started 14 years ago with the launch of PopCap’s Bejeweled and continues today with Candy Crush Saga, the No. 2 top-grossing mobile game in the world.

“There are games set under the sea or in dinosaur lands, but those fictional things don’t show up in the game play and they’re not relevant to the theme of the game,” Turmell said. “What we did with Harvest Swap was create chapters that revolve around the fiction of FarmVille. You have to deal with things like a tornado. Match-3 is a huge category, and it has so much room for innovation. That is what the consumer really wants. I’m excited about the competition, but I wish there was more innovation.” 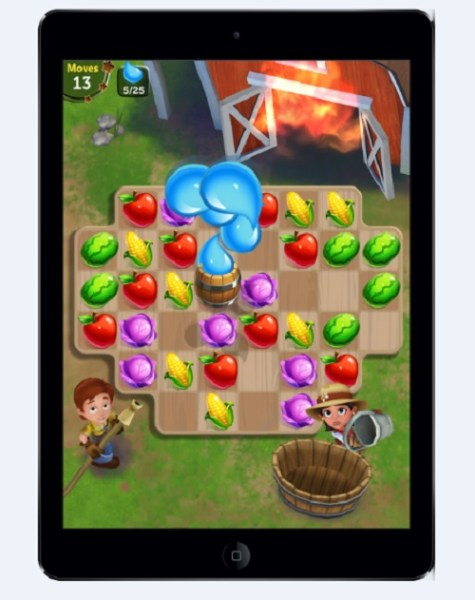