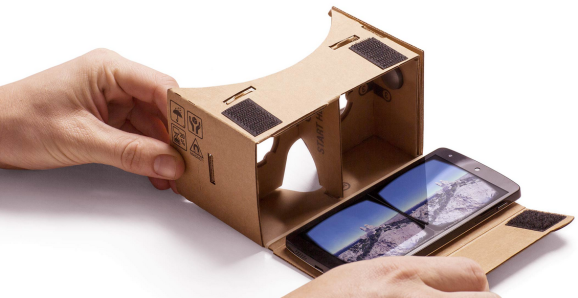 Google is the most important tech company in the world, depending on who you ask.

Between YouTube, Google search, and Gmail, the Mountain View, California-based company created, owns, and operates much of what we’ve come to expect from using the internet. The company’s influence is so great that its name is a verb – “Could you Google a good restaurant for tonight, darling?”

And that’s why it’s such a tremendously big deal that Google’s pushing into virtual reality with one of its most important services: YouTube.

The company told attendees of its annual I/O developer conference Thursday that the public could upload 360-degree videos to YouTube starting this summer. Moreover, a VR-ready version of YouTube will become available in app form in the not-so-distant future.

Here’s an example of how it’ll work (use the arrows in the upper left corner to navigate the video in three dimensions):

This is a much more important foundational move than any of the video game and film applications we’ve seen for VR thus far, and the reasons should be obvious: cat videos.

That’s not a joke. People are much more interested in watching cat videos – and other stuff on YouTube – than they are in even the most popular video games.

For comparison, massively popular (and free) game “League of Legends” has around 27 million players. YouTube has “more than 1 billion” users.

Joking aside, imagine this: You buy an inexpensive 360-degree video camera, you record heartfelt family moments with it, you share those moments to your family’s private YouTube account. Watching those videos is like being there all over again. And not just in a nostalgic way; with 360-degree video and a VR headset, you are there.

With Google’s “Jump” system, that is all possible. “Jump” is the initiative Google unveiled today that provides a turnkey solution for turning 360-degree video into viewable YouTube footage. Think of it like this: it’s an easy way for complex video to be easily shot and distributed, for viewing on VR headsets. It’s a standardization for filming, distributing and viewing 360-degree video.

Sounds boring, right? It is! It’s the boring details behind a massively important initiative from one of – if not “the” – most important tech companies in the world.

There aren’t any VR headsets to buy right now. You could build yourself a version of Google’s cardboard headset, or buy one of the many versions of it on Amazon from third-parties. But that’s not the point.

In the next 12 months, a variety of VR headsets from disparate companies will launch. The “killer app” for the mainstream won’t be a dogfighting space shooter, and it won’t be a puzzle game. It’ll be applications like YouTube and Netflix.

Google’s already working toward that future, and that’s huge.