The Apple Watch is just now making its way out into the marketplace. Critics like me have already had their say; now real people are starting to get some experience with the new (and potentially revolutionary) device.

A recent Wristly survey of 59 Watch owners gives us an early look at how people are reacting, finding that almost 40 percent of Watch owners are very satisfied with their device, but that a full quarter of new owners are at least somewhat disappointed.

Wristly (which identifies itself as a data-driven consumer product validation service) ran its survey between May 21 and May 25, and based on responses to five standard satisfaction scale questions (scored on a 1-10 scale), the group found user opinion of the Watch breaking down this way:

Wristly placed the respondents in three groups — detractors (disappointed with the Watch), passives (neither disappointed nor excited about the Watch), and promoters (who would likely recommend the Watch).

But it was the comments that went along with the numeric responses that were the most interesting, especially because the satisfaction ratings of such a small sample size can’t really be extrapolated to represent all Watch owners.

After reading through all those comments, positive and negative, one theme seemed to pop more often than any other. It’s summed up nicely in this user’s comment:

“I think the watch is good, but I feel that it is not a technological need but a technological want,” said one person, giving the Watch a middling satisfaction score of 5. “I feel like your life will be fine either way. It’s fun to have, it’s a conversation starter, it does make a few things a little bit easier, but it’s not a necessary thing to own.”

In short, the Watch is cool, but not a must-have, like your phone. “I love it but not sure it is essential,” another respondent said, scoring the Watch an 8 out of 10.

Another person, who scored the Watch 7 out of 10, said, “I personally enjoy using the Watch, but I don’t think it is a necessary item for anyone to have. It is also a very young product that I expect to mature and change significantly over the next 1-2 years.”

“It’s going to depend on the person,” said another person with a satisfaction score of 7. “If they are not a technology junky then they don’t really need it.”

And another (satisfaction score 8): “The Apple Watch may still not be for everyone but if a friend is interested in fitness, notifications and using their iPhones less while living their lives more, I’d recommend the Apple Watch.”

Among the people who scored the Watch a 9 or a 10, the dominant response was that the device saved them from having to look at their phone in many cases.

“The Apple Watch has proven to be a time saver for me and has also allowed me to stay off my phone more, which gives me more time to pay attention to co-workers, friends, and family I am surrounded by,” one person commented, scoring the Watch a 9.

Some users were ecstatic. “This is going to be the biggest and most exciting media (and gaming) platform the world’s ever seen — if one can afford to — who wouldn’t you want to be part of it?” 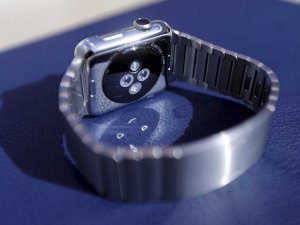 But even some of the people who were highly satisfied with the Watch suggest that the device isn’t for everyone. “The Watch is ideal for anyone who is an iPhone power user and who loves the iOS experience, bringing so much of this functionality to your wrist,” one said.

“My main reason for making the suggestion would be not having to take your phone out to check notifications etc.,” said one person who scored the Watch a perfect 10. “One downside I’ve noticed is the watch takes distracted driving to a whole new level!”

Another common theme was that the Watch will become useful for more people as it improves over time. “The Apple Watch is oozing with potential and will be amazing in the future as it improves both hardware and software,” said one respondent in the “highly satisfied” group.

Many of the comments from the “detractors” group focused on the actual utility of the Watch.

This person gave the Watch a 5 out of 10 satisfaction score: “It’s a fascinating insight to the future of the platform, but I don’t think there is a ton of utility for most casual non-techy iPhone users, at least for the price.”

Another person mentioned the specific complaints that several detractors mentioned: “There are still many limits e.g. speed of non-Apple apps, limited utility of nearly all launch third-party apps, and the fact that the majority of notifications are non-interactive.”

Wristly found the respondents to its survey by promoting it via Twitter and Facebook. The site plans to run a new survey every week as more people become Watch owners. Wristly’s Bernard Desarnauts said the survey sample size continues to grow each week. Those interested in being part of the research can sign up here.

By the end of June we’ll start to see a lot more Watch wearers around town. As all those people get some experience with the thing, we’ll see if the themes raised by the commenters remain true.