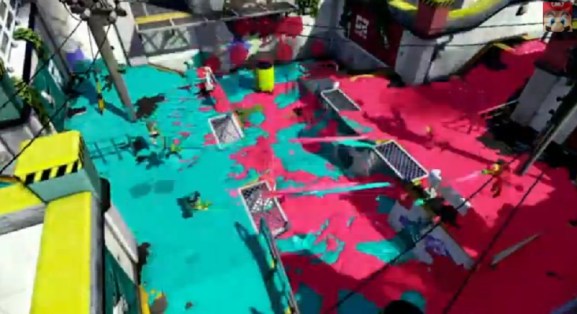 The Wii U is not the most popular console in the world, but Nintendo fans will still show up for a big first-party release.

Nintendo has confirmed on Twitter that physical versions of Splatoon, the company’s new colorful shooter (read our review), is selling out fast in Japan. People in that country are reporting trouble finding the game in stores. This has prompted the publisher to come out and apologize.

“Splatoon has become scarce in the stores, and we apologize,” reads a Nintendo tweet translate from Japanese. “Next week we’ll ship more copies. But please also consider purchasing the digital download version.”

It is normal at this point for Nintendo products to sell out. Splatoon and Amiibos are just the latest. The New 3DS XL is another huge Nintendo release that was difficult to find in stores. We’ve written in depth before about why this is the case. The publisher is doing everything it can to save money as it has struggled in recent years to turn a profit. A big and obvious way that the frugal corporation is trying to save a buck is by limiting its production runs on new games, toys, and systems.

You would think that Nintendo would make more money by selling more Amiibos and copies of Splatoon — but the company is worried about having unsold product sitting in warehouses burning up its profit margins.

Splatoon’s popularity comes as Wii U owners are starving for new content. This is the first big Wii U release (it’s out today in North America) since February’s disappointing Kirby and the Rainbow Curse. But it’s not just selling due to desperate Nintendo gamers — Splatoon is an excellent shooter that brings a lot of fresh elements to the aging genre.

Of course, it isn’t a Nintendo shortage without rare Amiibos. The company confirmed that the new interactive toys based on the squid-kid characters from Splatoon are also in short supply.