Uh oh. The online retailer Newegg.com has leaked the pricing for OEM copies of the Windows 10 and Windows 10 Pro operating systems.

The leak was uncovered by Ed Bott over at ZDNet Saturday afternoon.

Bott did a simple search for Windows 10 at the site and found two OEM System Builder packages for sale.

The Windows 10 operating system is scheduled to become available this summer in 190 countries and 111 languages. Rumors have said the release will happen in late July.

The Newegg.com listing says the OEM versions will be released August 31. 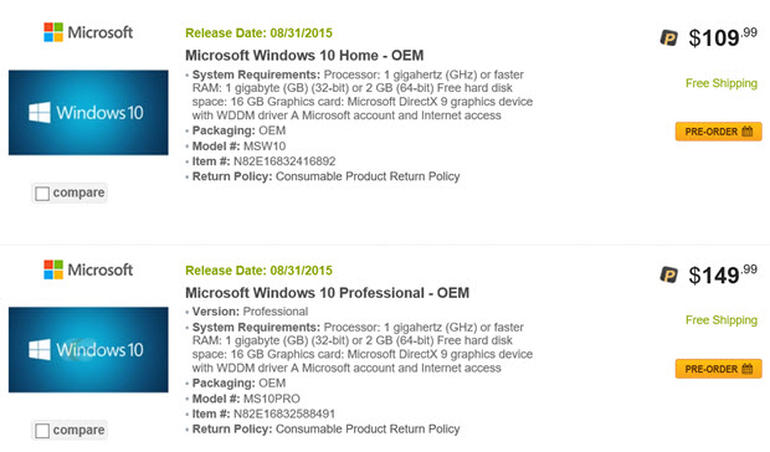 Above: Screen grab from Newegg.com courtesy of ZDNet.

Bott points out that Newegg also jumped the gun with preorders for Windows 8 in 2012. But the prices for the Windows 10 packages are $10 higher than Windows 8 and Windows 8 Pro when they were launched.

Windows 10 will ship with several recently announced features, including the Windows Hello authentication system, according to a Microsoft statement.