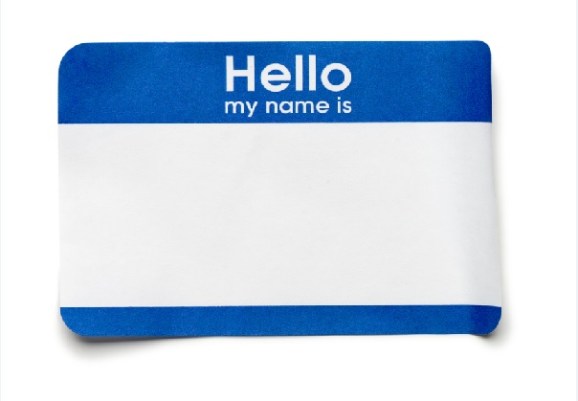 For Silicon Valley upstarts and entrepreneurs, naming a fledgling company is often a daunting task. An increasingly crowded market signifies a growing number of creative impediments like trademark restrictions, URL availability and the difficulty of differentiating in a sea of sameness. While some still assume that tech names today are characterized by dropped vowels and unconventional punctuation (a remnant of the dot com era), that’s actually a stereotype that brands are striving to move away from.

When it comes to naming your tech company, you should instead follow the lead of some of the giants by keeping your company name simple, and most importantly, keeping your name broad. In a market that’s characterized by rapid innovation and fickle industry trends, you need to think broadly so that your name can withstand product changes and shifts in brand identity and can weather the tide of evolving demand. Selecting an inflexible, static company name, and you risk becoming a similarly static brand – one that, at best, might become mired in a costly rename to reflect a new company direction and, at worst, could fail to be innovative at all. I’ve compiled a list of the companies that got naming right from their inception and now have the robust business to prove it.

Uber: One of the first companies that comes to mind is a business that defies expectations in what its name ‘should’ be. Uber’s name clearly isn’t grounded in the actual premise of ferrying customers about cities in sleek back cars. Rather, it underscores Uber’s exciting potential to become more than just a ride-hailing service. Already we’ve seen the brand live up to its name by delving into new initiatives, such as bike delivery, and has steadily marched its brand across the globe.

Amazon: Other companies will opt for a more metaphorical approach when it comes to styling a name for their company. It would have been easy for Amazon to merely name itself as a descriptor of its already-impressive brand promise. Both ‘Books A Million’ or ‘The eBookstore’ (which hearkens back to Amazon’s original business), likely would have resonated with consumers. But the image of the expansive South American rainforest conjured by the name Amazon is much more effective than any name that might have pointed specifically to the troves of items available in their warehouses. The sheer size and diversity implicit in the name Amazon has been instrumental to its exploration of new industries such as cloud computing. It’s unlikely that Bezos could have predicted that his company would eventually win an Emmy, but the flexibility of his company’s name certainly suggested that it was possible.

Twitter: Twitter has achieved one of the most desirable feats in naming: repurposing a verb – to tweet – to become representative of their product and a ubiquitous part of the digital vernacular. The social platform was able to do so by expanding beyond the word “twitter”’ and “tweet’s” original meanings. While both always hinted at its their original connotation with birds, its founders built off of that association by developing a user experience that initiated an ecosystem for conversation. While Twitter has paid homage to that original meaning in its bird logo, it’s safe to say that they’ve selected a name that gives the company ample room to grow beyond both its original interpretation and their original product.

Etsy: Successfully naming a tech company doesn’t always require using a word that’s found in the dictionary – online marketplace Etsy is a testament to that. The whimsical, foreign sound of the word lends itself to light-hearted nature of the brand, and has enabled the founder to truly build the brand from the bottom up. Today, Etsy has rocketed to startup success with its recent IPO, and perhaps most indicative of its triumph, has made the word ‘Etsy’ a household name.

Pandora: Most of us are familiar with the phrase “opening Pandora’s box.” While it can occasionally have negative connotations, in this case, its notoriety has served Pandora well. As the name suggests, Pandora’s brand has opened up beyond its original premise of offering music fans an online radio service – it’s begun to make a foray into hosting its own concert series with prominent musicians. With a name that implies limitless expansion and growth, I’m keen to see what Pandora comes up with next.

As the tech market continues to grow and swell, it’s inevitable that finding the best name for a tech company only become increasingly difficult. But if budding entrepreneurs are looking to become the next disrupter, they’d be wise to search for a name that doesn’t get bogged down in these complexities, and instead emphasizes the possibilities of what their business can do.