Digital storefronts, Steam’s Early Access program, crowdfunding, and community involvement have led to a renewed PC gaming market, one in which opportunity abounds for both established developers, new enterprises, and indie studios.

The French strategy-game outfit Amplitude Studios is one of a legion of game companies that has taken advantage of these new models. Fan feedback influenced all three of its releases: Endless Space, Endless Legend, and Dungeon of the Endless. Legend and Dungeon were both in Early Access, and Amplitude made tweaks as players found bugs and other issues with the titles. This not only helped the games sell well but also earn respectable reviews on Metacritic.

To learn more about this new era of development — and how it’s helping turn Amplitude into a success — GamesBeat spoke with the studio’s CEO Mathieu Girard and creative director/chief operating officer Romain de Waubert.

(And yes, we also learned how How a ‘beer-together’ factored into Amplitude’s Endless strategy games development.)

Here is part two of the interview.

GB: What do you find is the strongest region for your games as far as sales?

De Waubert: If you take North America as a whole, it’s something like 45 percent. Canada plus the U.S.

GB: Here in the United States, we tend to think that Eastern Europe is the big, thriving market for strategy games. 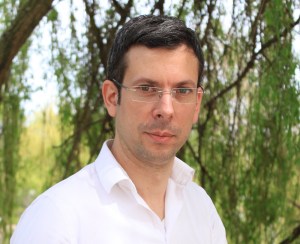 De Waubert: It is, definitely. It’s a big region for us. But the thing is, there are two ways of looking at it. You can look at units and you can look at revenue. The U.S and Canada are the biggest one for both. In terms of units, eastern Europe is very interesting as well, but the problem that we have is—We knew we were small and we had to focus. Therefore we decided to work in English. English is the first language we used in development. Our writer is an American. Everything is written in English first. Our communication with the community is in English. If you want to penetrate some territories, first you need to speak in their language. That’s where we’re still too small. You can see that we’re very strong in all the territories where English is the first language, or the Nordic countries where most people speak English well.

GB: Your business model is pretty much PC development, then Early Access, then release. How important is Early Access to you?

De Waubert: Huge. Again, it’s something Mathieu and I knew we wanted to do early on. We wanted to create, before we even heard this name for it, through live development. We wanted to work live, in front of the players. They wouldn’t just be an audience. They could be actors in the game’s development. We could create games together. But for that, they need to be able to play the game before it’s finished. Also, this ties to some past development experiences we’ve had, where it was only when the game shipped that knew it had some flaws. We could have fixed those if we knew about them early on. It’s so frustrating to find out about something like that after a game has shipped. That’s why we’re so happy to be able to share the game early in development. We still focus on making the game as complete as we can when we share it with the community. But it’s restricted somewhat in scope.

GB: With Early Access, what do you feel is more important? Is it the feedback you get to make your games better or the revenue you get to help make it better? 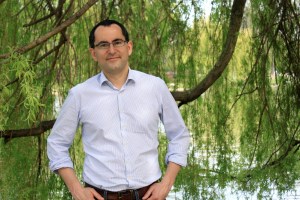 De Waubert: We’re actually fighting a bit with some other developers to try to make them understand that they shouldn’t expect revenue from Early Access. It’s great to have revenue, but the worst thing for a player is to buy a game in Early Access and never see it finished. When that happens once, twice, three times, they’ll never go back to Early Access and that hurts everyone. When we started, first we raised money on our own and then we went to Early Access. Before we went to Early Access, we knew we had enough money to finish the game. Early Access, we didn’t even think about the revenue we would make from that. What we wanted was the feedback – how we could improve the game, how we could make it better, what we missed, how we could make it more interesting, what features could make the game smoother and more enjoyable. Does it work across all machines? And so on. Those are the kinds of things we try to get from our Early Access.

GB: When you’re talking about that feedback, what was the most interesting piece of feedback you got for any of your games, if you recall?

Girard: There’s feedback and then there’s the fact that the community, through the Games Together program, can participate in the creation and addition of content for the game. One example is the Cultist faction we added to Endless Legend, which was designed by the community. One of our fans designed the gameplay and the lore for the faction, and then some artists designed the units, the buildings, the ships, the logos. Based on that, we finalized it and implemented the real gameplay. We made real 3D assets for the units and buildings. We finalized the concept art. But it was very close to what the fans had created on the Games Together forum. It was really impressive, and it was part of the eight factions delivered with the released game last fall.

De Waubert: This is the way we work. Games Together, when we tell them—In a week when we don’t know what to do, we’ll ask them what we should do. We allow them to vote on things we’ll do in that week or during that time. For us it’s difficult not knowing exactly what we’re going to work on at a specific moment, but we know that it’s so interesting for the community to decide for themselves what we’ll work on, what the priorities will be, what it will be like. They feel so much closer to the game’s development. It’s worth leaving a piece of the game to them so they can make it their own.

Girard: We make very complex games, very deep and rich, and it’s amazing to see the help that the fans can bring by giving their opinions on, say, the tuning of a faction. They make amazing reports with lots of detail. We can use that to check against the code and improve the game. It has a huge value for us.

De Waubert: Mathieu and I, we both worked on strategy games before, but we never worked on 4X games. That scared us a bit. We were big fans of 4X, but we weren’t 4X developers. That’s why we needed Early Access. We needed to attract some of the best 4X players in the world so they could help us and share with us what they need, what they like, and how to tune the game by playing and improving it. Without them we would never have reached this level of quality, and for us it’s really all about quality. 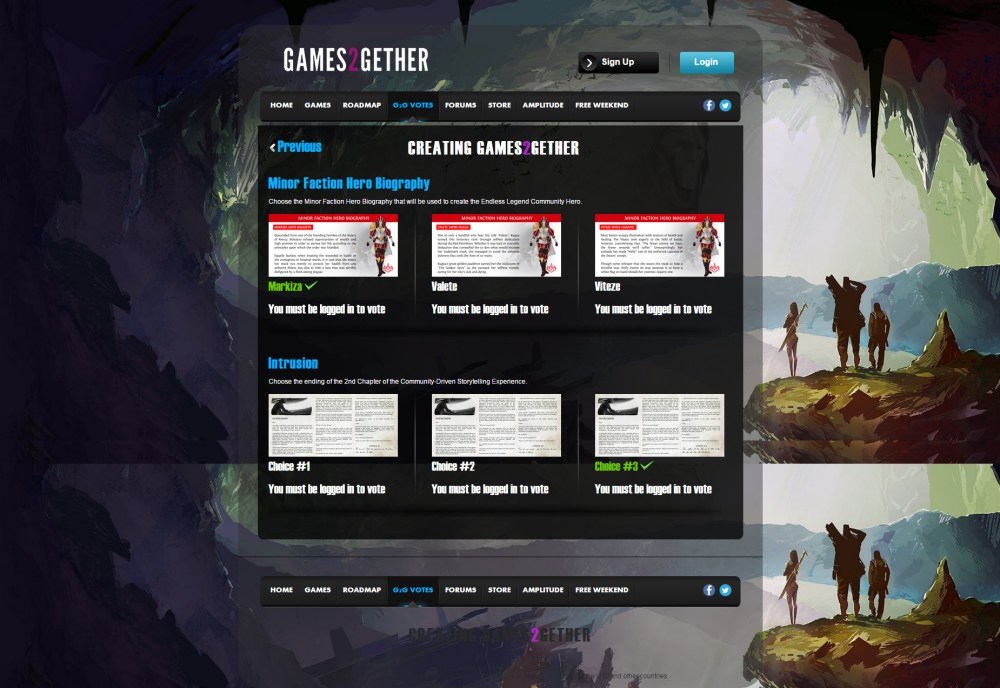 GB: On the Games Together page, I see that you have a minor faction hero biography for a character named Markiza in Endless Legend. Your fans, they voted on that?

Girard: That was our staff.