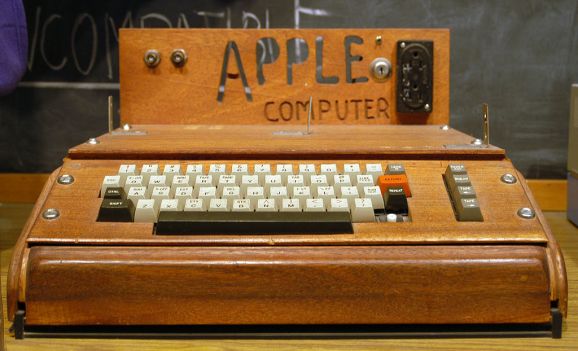 After her husband passed away, a woman cleaned out her garage and threw out two boxes of his old electronics. One of the items she dropped off at recycling center Clean Bay Area in Silicon Valley turned out to be an Apple Computer 1, known retroactively as the Apple I or Apple-1.

Weeks after the boxes were dropped off, the recycling firm finally went through them and made the discovery. “We really couldn’t believe our eyes. We thought it was fake,” Gichun said.

Yet the computer was indeed real and the recycling firm sold the Apple I for $200,000 to a private collector. If you think that’s steep, keep in mind that an Apple I computer was sold for $365,000 this past December.

These first-generation desktop computers are worth so much because only about 200 were assembled by Steve Jobs, Steve Wozniak, and Ron Wayne in 1976. They were originally sold for $600 each.

That said, this story could still have a happy ending: The company’s policy is to give 50 percent of all sales back to the original owner. Gichun doesn’t know her name but he remembers what she looks like. “To prove who she is,” Gichun said, “I just need to look at her.”

As a result, all the woman has to do is show up at Clean Bay Area again and she’ll be handed a six-figure check.