Google released its monthly update to the Platform Versions page for Android today, and once again the latest version has increased its adoption share. Android Lollipop has not only passed the 10 percent mark, it was the only Android version to gain adoption share.

As with any updates courtesy of the Platform Versions tool, we have to point out that the data is gathered from the Google Play Store app, which requires Android 2.2 and above. This means devices running older versions are not included, nor are devices that don’t have Google Play installed (many Android phones and tablets in China, Amazon’s Fire line, and so on). 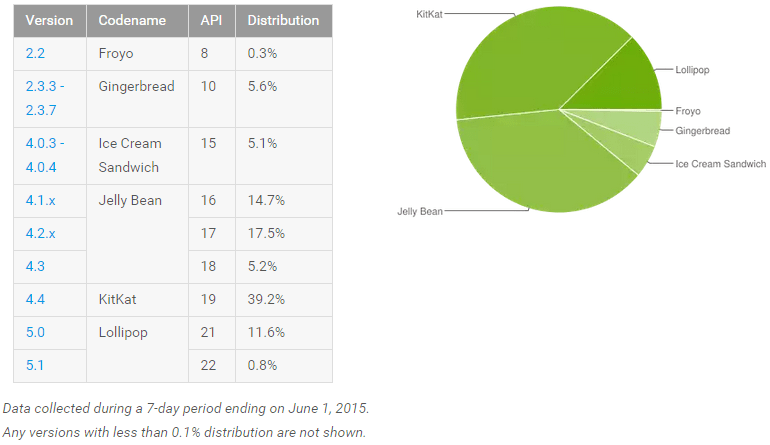 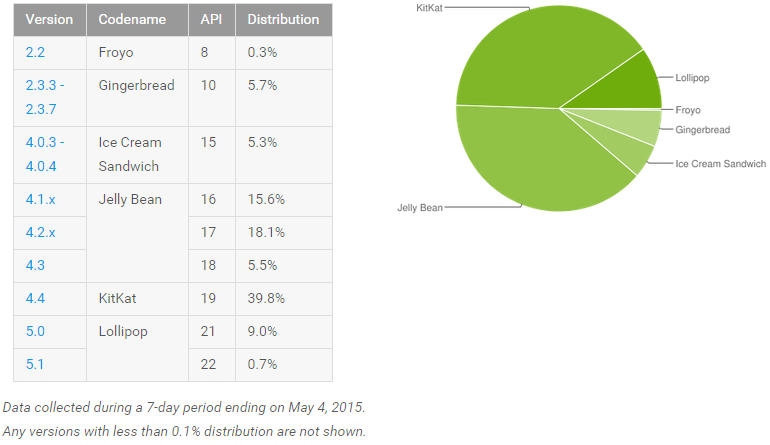 The Android adoption order has remained unchanged. We still have KitKat in first place, Jelly Bean in second, Lollipop in third, Gingerbread in fourth, ICS in fifth, and Froyo in sixth. It will be a long time before Lollipop takes first place, or even second for that matter.

As we’ve said before, Lollipop’s slow start is not surprising, given the lukewarm popularity of the Nexus line and how long it takes for Android device manufacturers to push out updates. Still, its number should continue to rise as the latest flagship devices from Samsung, LG, and HTC arrive.

Meanwhile, Google will keep pushing ahead with Android M development. The latest and greatest version may not have a name yet, but it will be here in just a few months.