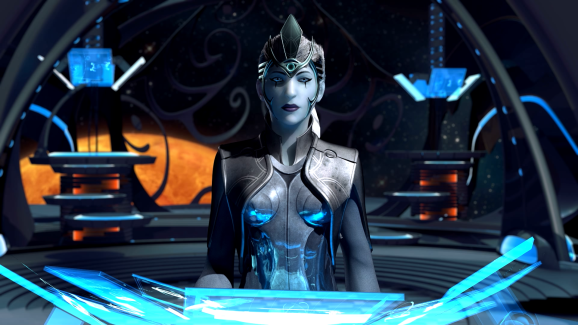 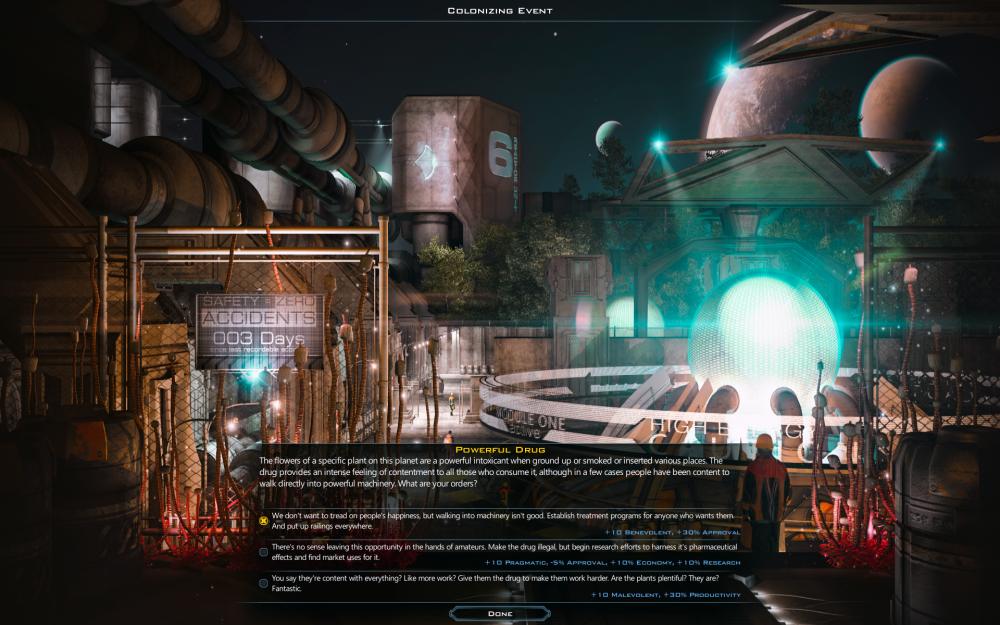 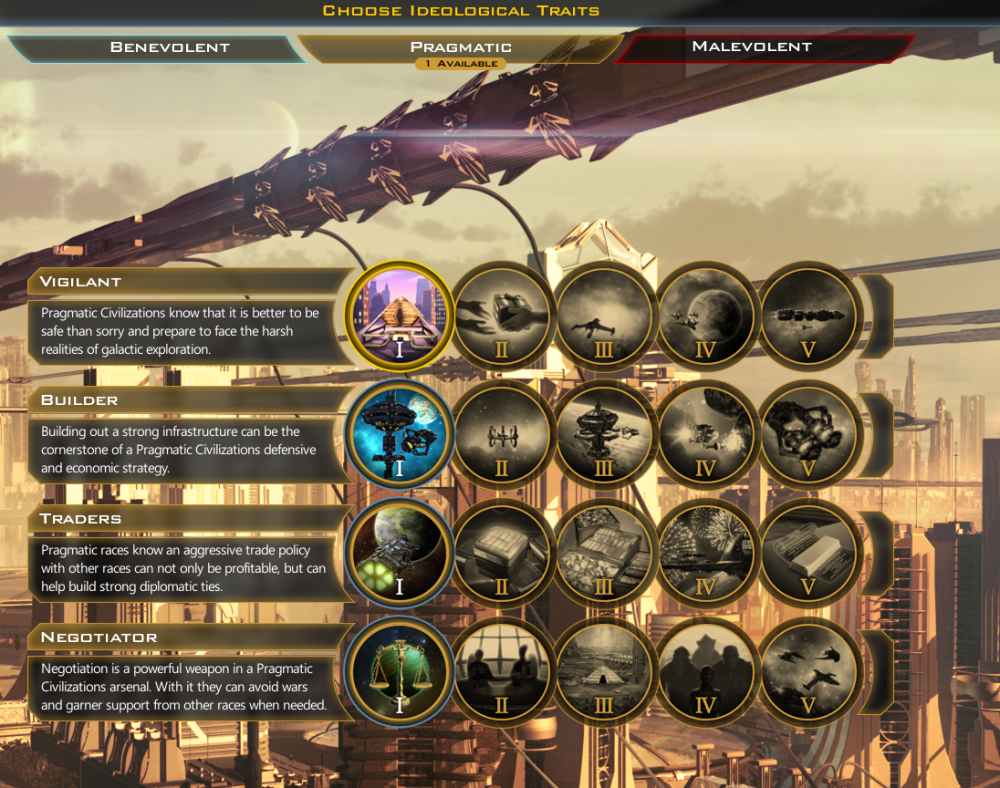 That tongue-in-cheek humor is a signature of Galactic Civilizations III, and appears occasionally in almost everything (but especially in potentially dry descriptions of new technology research options). 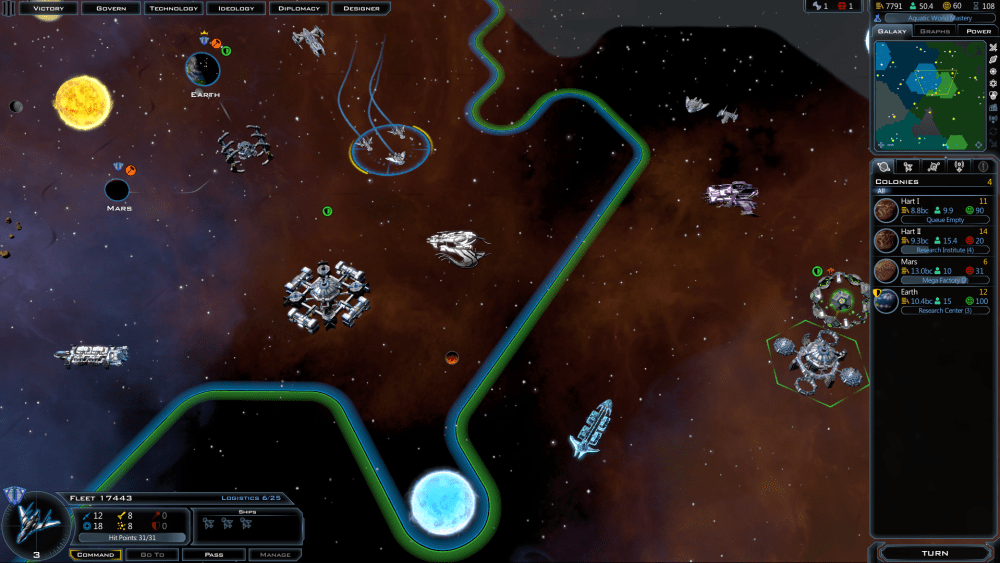 Above: A semi-zoomed map of a system you control. Recognize it?

A space strategy game that truly focuses on space

While you will construct buildings on your colonies, planets are primarily resource generators in Galactic Civilizations III. It unabashedly focuses on space, which means it feels much different than last fall’s Civilization: Beyond Earth. Whereas Civ:BE provides primarily a land-based game with aliens and an orbital layer (with seas coming in the next expansion), GalCiv pours all of its attention into space.

Your battles take place among the stars, most of your energy focuses on exploring and colonizing there, and while Stardock made the extremely basic colony maps (now in hexes!) pretty enough, they don’t compare to the love they lavish on the cosmic scenery.

I especially admire the smooth transitions of the maps as you zoom in for a closer, more-organic look at individual planets and then out for a more grid-like view of the whole galaxy. 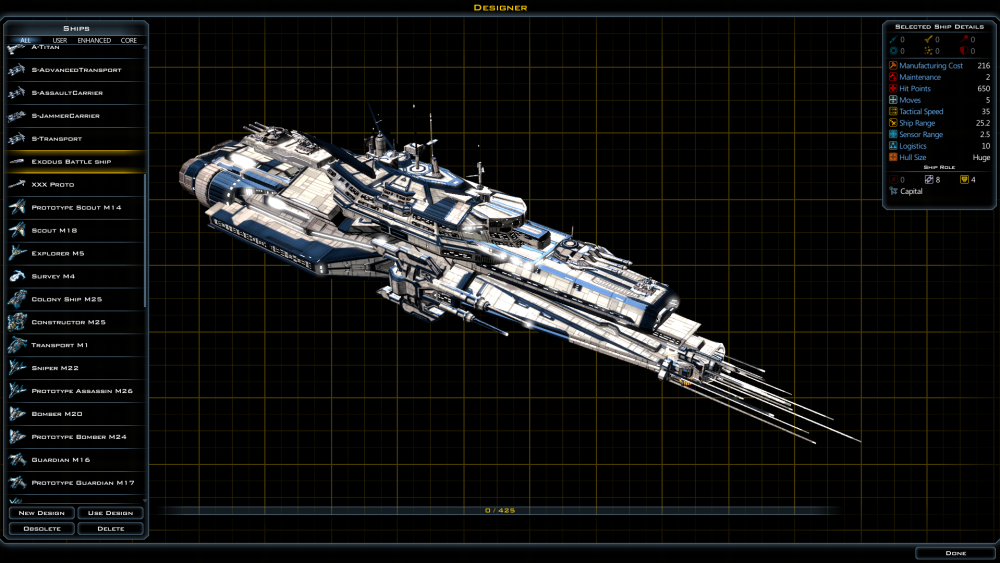 Above: This ship made it in the game after a design-your-own contest by Stardock.

The depth in sandbox mode

I don’t even know where to begin describing the incredible depth of options and gameplay in sandbox mode. Take the ship designer: You can create a huge variety of spacecraft, from whatever strange stuff pops into your head to classic ships from popular movies and series with “Star” in the title. Make up your parts, your propulsion, your systems. Ships that look like banana peels or honey bees or have tentacles? No problem.

The same depth exists nearly everywhere: the research technology trees you’ll navigate, the options you can put on your starbases, the custom races you design, the galaxies you create — if you ever wanted to specify the exact number of black holes you’ll see in space, you’re playing the right game. (GalCiv III adds space-based hazards for the first time, though you can route around them easily.)

Galactic Civilizations III is thinner than its forbears in a few places: governance options have shrunk, for example, and it has no elections, political parties, or spying. I didn’t miss them; you might.

The controls for sandbox mode are flexible and well designed, meaning that making all those choices doesn’t feel like a chore — and if it does, you can selectively skip the parts you don’t care about. 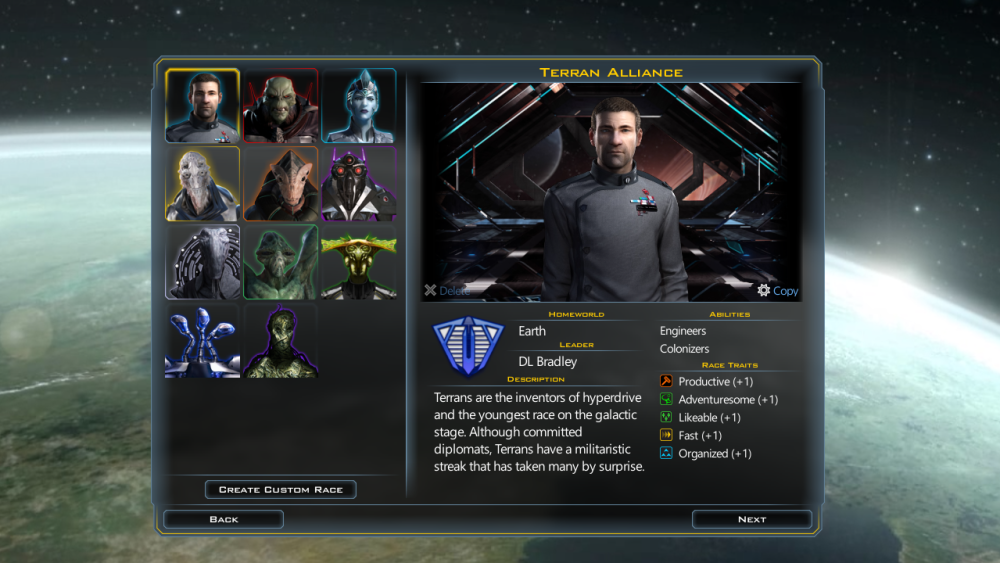 Above: Pick a race, any race. No? Make up your own, then.

The pacing sometimes gets uneven

While the gameplay rewards GalCiv offers provide variety and fun, the pacing sometimes stutters. It will give you a million things to do — and then leave you with nothing to do but watch it play out. Micromanagement frequently doesn’t earn you enough bonuses to be worthwhile.

Far too many times, both in campaign and in the sandbox mode, I was left to mash the “Turn” button until things finished building, or my survey ships got to the next cool thing. Above: You could, of course, spend all your extra time doing this: the shipbuilder mode.

GalCivIII offers the chance to combat other gamers for the first time in the series, but its multiplayer has stumbled, badly. Plagued by bugs and crashes at launch, it’s still killing out of games (or hanging on … something) far too often. It’s also still much harder to find matches than you’d expect, especially since Stardock expanded the lobbies to be worldwide.

When you do find a stable game, the platform executes the fresh challenge of human intellect well. Unfortunately, I could only experience that a few times in the past few weeks of beta and launch.

I’m not downgrading the overall score for the game as much as I might; frankly, I don’t think multiplayer is a core part of the 4X experience. If you do, you’ll want to subtract 10 points or so from the final score. Above: A space battle in progress. No, mine never looked this good. Ever.

How can space battles be boring?

After the nice intro cinematic to GalCivIII, I was looking forward to seeing my own space battles play out. I tend to lean towards beam weapons, so I couldn’t wait for the visuals as my fleet literally carved up my opponents.

Alas, the graphics and camera in the battles showed rudimentary polish. The ship models were fine, but my beam attacks were tiny, crudely attached lines, and the engine doesn’t model the damage well. It seems Stardock expects you to quick-resolve your fights, and after watching a couple of underwhelming contests — you can’t control your ships during battles, the outcome merely plays out onscreen — I sighed and started hitting that button.

In many ways, watching the teeny-tiny ships explode on the map evokes more excitement than watching them in cinematic mode, and that saddens me. 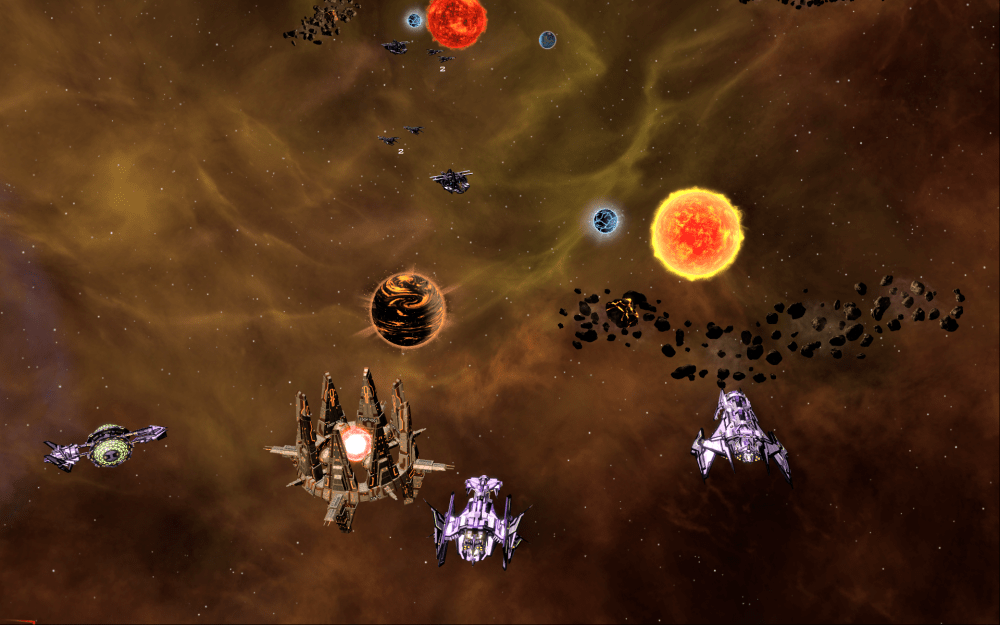 Above: Another pretty view from your galaxy.

Galactic Civilizations III is a great 4X space strategy game, one that will keep you pushing for one more turn late into the night. If you’re looking for a terrific multiplayer experience, GalCiv III won’t scratch that itch, and some parts of its core pacing stumble. But the combination of depth, ease of gameplay, and a sometimes-funny, snarky aesthetic, make GalCiv III a delight to play.

Galactic Civilizations III is available now from Stardock Entertainment for PCs. GamesBeat obtained a download code from the publisher for this review.