Choose your hero: designer Kent-Erik Hagman wants that to be one of the hardest parts of the new Heroes of the Storm MOBA.

Heroes of the Storm will succeed or fail on the backs of its heroes.

I spoke with game designer Kent-Erik Hagman, who works specifically on hero design, about the process of choosing which characters from the Blizzard Entertainment franchise would be included in Heroes, and how those transformations happened. The company’s new multiplayer online battle arena (MOBA) exits open beta and launches tomorrow.

The talk covered a lot of ground, from which heroes he’d make changes to if he could (spoiler: all of them), to how the next heroes are being chosen, to what the team considers in their designs. 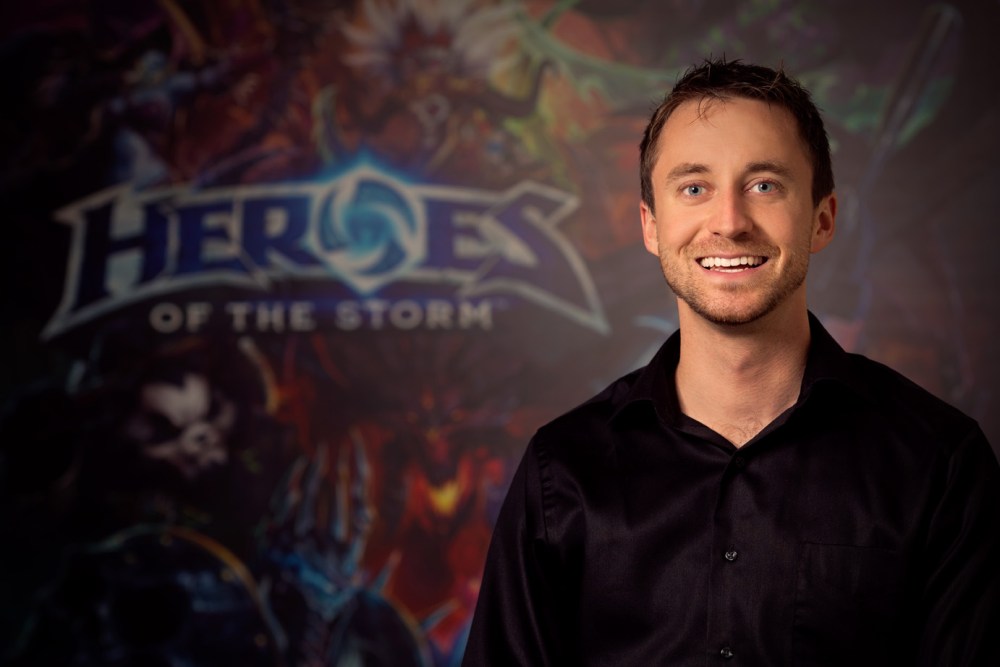 In order to truly appreciate how this interview went, you have to know how the (naturally?) super-caffeinated Hagman talks in real life. Here’s an unedited sample:

“This is the stupidest job in the world. I can’t believe I get paid to do this. This is what I do in my free time. It’s dumb. It’s pretty ridiculous. I have so much fun doing it. I’ve grown up playing Blizzard games my entire life. Now to have the chance to bring these characters I played … I get to take the toys I played with as a kid and bring them into a video game space. Like, how cool is that? I love my job.”

That short and sincere speech, delivered (as far as I could tell) without taking a single breath, was part of an aside during a question about gameplay mechanics. We’ll try not to edit him too heavily.

GamesBeat: So, how did you choose the initial hero lineup?

Kent-Erik Hagman: We had a magic crystal ball about two years ago, and we’d shake it, and it would say, you should do this hero next. [Laughs.] I wish that was true. My second joke answer will be that we have a council of Illuminati; they have their hooded robes, and they say, “Blizzard has spoken, you will do this hero next.”

GamesBeat: I was hoping you’d say your data analysts tallied up all the tweets. …

Hagman: “The people have spoken.”

Actually, early on, these [hero selections] were mostly driven by our art team. They were typically ahead of us as the design staff. So the art team would make the models they thought were really cool, and they would bring new shapes and silhouettes and fresh characters, and also characters we were really excited about.

That’s why we had a lot of our big heavy hitters in our opening slew, like Arthas, Diablo, Kerrigan, Nova, and Tyrael. Those kinds of characters, they’re on boxes; they’re in cinematics; these are characters we’ve got to get in the game, right? That’s kind of where it started with originally.

GamesBeat: Were all of the early choices big brand names? 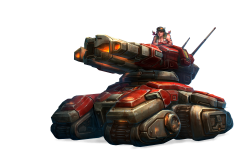 Above: Sergeant Bama “the Hammer” Kowalski.

Hagman: Some of them were grandfathered in, like Sgt. Hammer. First she was [StarCraft character Horace] Warfield, and before that, he was actually General Duke from the Brood Wars days, because Duke was the siege tank hero unit in StarCraft 1.

But that was back in the days when our game had a name I don’t think I’m legally allowed to say — am I? [He consults with Blizzard representative Che’von Slaughter in the room.] I can reference Blizzard DOTA? I won’t get lawsued? OK — back when it was Blizzard DOTA, it was like Sgt. Hammer; this is cool, a hero that can siege up. 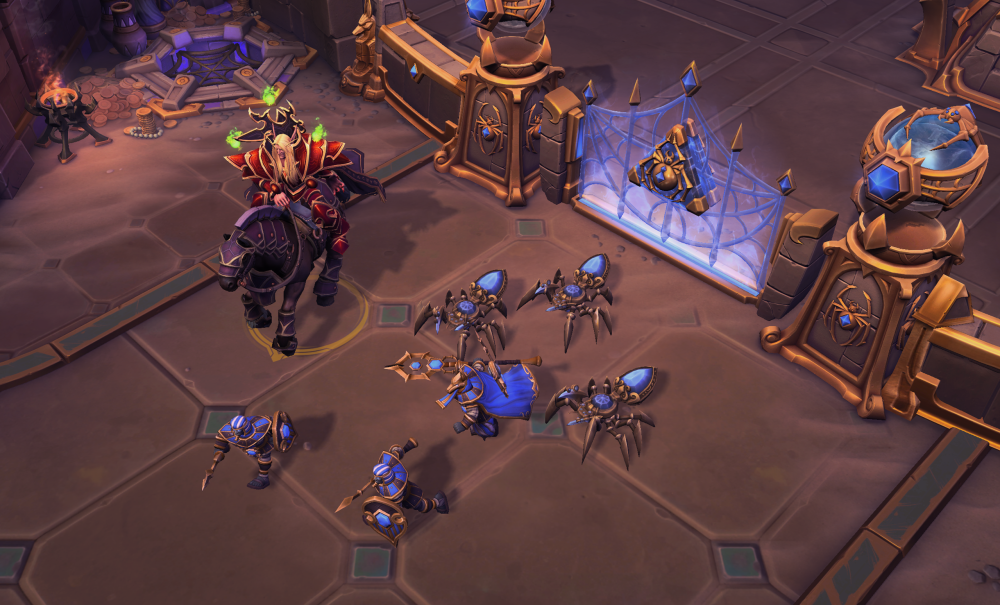 Above: One recent addition: Kael’thas Sunstrider, a World of Warcraft blood elf villain.

GamesBeat: You’re crushing the dreams of millions of fans who hoped this was carefully thought-out.

Hagman: Yes, Blizzard is smart, and they looked forward, and they did all these things really smartly … no. [Laughs.]

We’re trying to do that now. I say now, but we’re talking months and months away in the future. We’re trying to figure out what the right way is to pick which heroes come up next. It definitely is a combination of, there’s certain goals we should try to hit, like we want to get more franchise parity. We were definitely hitting a lot of Warcraft heroes early on.

GamesBeat: Why choose so many Warcraft heroes?

Hagman: When we were starting on this game, we started even before [Diablo 3] launched. The idea of doing D3 hero classes was not even a thing. 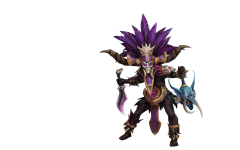 Above: Naziba, the Diablo 3 witch doctor.

We did the Witch Doctor because he was a cool, unique character from D3, and he could bring some interesting stuff to the game. The others kind of felt like, OK, the demon hunter is very similar to a Sylvanas or an Alleria Windrunner, so that’s not super unique. We’ve got these tropes through our other franchises.

GamesBeat: But the D3 player classes ended up in HotS.

Hagman: They all ended up making it in. Midway through development, D3 launches, [the expansion] Reaper of Souls launches, Hearthstone launches, and [StarCraft II:] Heart of the Swarm launches, and all of a sudden, these characters become much more popular, these non-Warcraft characters. 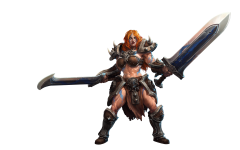 Above: Sonya, the Diablo 3 barbarian.

We’re basically a few months behind, always lagging, because of the time it takes to develop heroes. Those guys become popular and then we realize, oh, shoot, we should have added a lot more than that.

Now we say, OK, we should make sure we spread things out; let’s try to be smart about it. And so now we are trying to be the guys in the robes looking down the future with our crystal balls. “We’ll have this many assassins, this many warriors. What should we fill out? What does the game need at this point in time?”