The next time you log into gaming virtual world Roblox, you may find your experience a little less … blocky.

Roblox, the Lego-like virtual world with blocky landscapes, is adding an option today for its 5 million monthly active players to roam a world with smooth 3D terrain. The new terrain is a remarkable change for a company that started out with a distinct children’s snap-together-style of art. Roblox is transforming itself to a more realistic, more adult form of art, allowing it to potentially grow up with its users and enable them to eventually build triple A-quality user-generated games.

The new look is a major upgrade for an indie game world that started out in 2006 with a Minecraft-style look, before Minecraft came out and became wildly popular. Roblox’s Adam Miller, vice president of engineering, said in an interview with GamesBeat that he hopes the change inspires even more activity among its enthusiasts, who build their own money-making games inside Roblox. Founder Dave Baszucki’s dream is to enable the developers to create triple-A-quality games over time.

“We are taking a giant leap forward in the fidelity of the world,” Rick Silvestrini, the chief marketing officer of Roblox, said in an interview. “It’s a technical and artistic leap forward.” 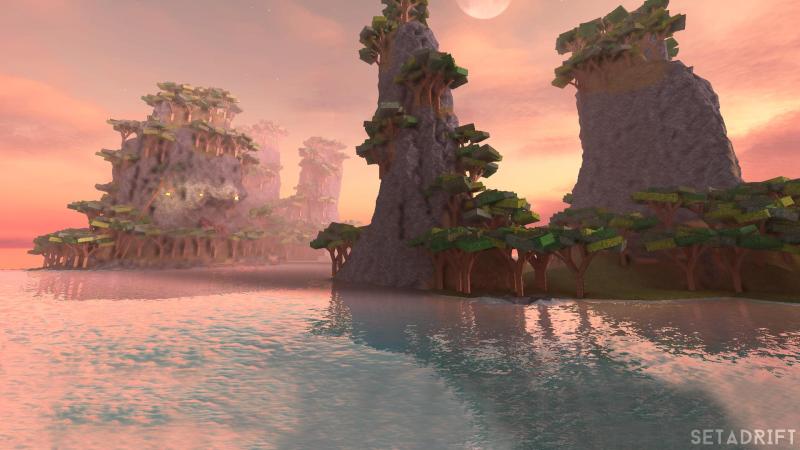 He said that creators have already been pushing toward more realistic, more sophisticated games on their own. Rivals include Minecraft, but the new look of Roblox more closely resembles the world of Microsoft’s Project Spark user-generated content world.

The Smooth Terrain project has been in development for about six months, and it makes landscapes like rivers, mountains, forests, and buildings come to life. Moreover, the world is malleable. Roblox has created tools that allow players to transform the 3D environment to suit their own fancies. The old world is based on 3D voxel graphics technology, while the new world has high-resolution textures, Miller said.

Roblox tested the idea at its developer conference with about 100 of its top creators.

“There’s been a long-standing request to go in this direction,” Miller said.

For now, the characters will remain blocky. But Baszucki said the team is exploring how to create different types of characters. The big change is the terrain, which is entirely interactive. Existing blocky terrain can be converted automatically into realistic terrain.

Roblox’s players are natural creators, and they’ve become accustomed to making their own games, which generate revenues as more people inside the world play the games.

“You can literally paint the world with brand-new technology that we’ve never had before,” Silvestrini said. “You can throw in desert and sand with a couple of clicks.”

One of the biggest challenges for the user-generated gaming is the difficulty in creating beautiful-looking games. Major game developers have huge teams of artists creating worlds with complex 3D software tools. But Roblox’s user-generated content developers have resorted to a 2D approach or the ‘blocky’ look favored by Minecraft. The tools work on iOS, Android, or the PC.

“For Smooth Terrain, we wanted to enable the beginner to create an amazing world in 30 minutes with no tutorial,” said Miller.

He said the team started with the idea that if you give someone a paintbrush, then they will know what to do on their own. He said, “Then it was just figuring out how to make that brush paint fill landscapes.”

In addition to a paint tool, the new system includes many familiar features from 2D graphics editing. Roblox has provided a new copy-and-paste tool to clone natural objects, erasers that can remove mountain ranges, and the ability to swap in a new texture with the click of a mouse.

New terrain materials automatically include realistic 3D textures and properties, including high-resolution grass, rocks, sand, bricks, and even reflective water that all blend together seamlessly. But if players don’t like the new look, they will be able to continue playing in a blocky world.

Above: Tools for Roblox smooth terrain