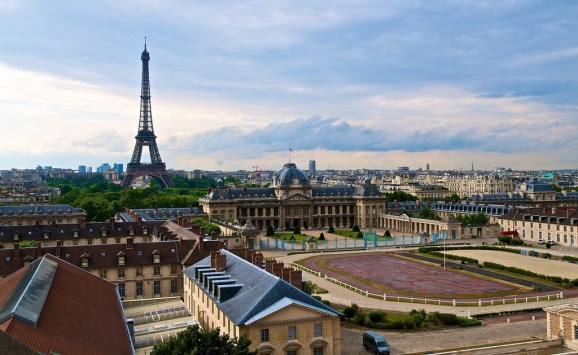 Facebook today announced that it’s expanding the geographical presence of its artificial intelligence research division, with a new office opening in Paris.

Facebook Artificial Intelligence Research or FAIR, has offices in New York City and Menlo Park, Calif., and now it has a physical home outside of the U.S., Facebook’s home country.

It helps that the social networking giant was able to lure Yann LeCun, a figurehead in an increasingly popular type of artificial intelligence called deep learning, to head up FAIR. Meanwhile, two other companies doing deep learning at scale, Baidu and Google, have succeeded in hiring other gurus in the field: Andrew Ng and Geoff Hinton, respectively.

Companies can apply deep learning to several types of data, including speech, text, videos, and images. The approach involves training artificial neural networks on large swaths of data and then throwing a new piece of data at them to get a fresh inference in response. Companies like Pinterest and Snapchat are the latest to invest time and money into the area.

Talent is everything in artificial intelligence these days, which is why it makes sense for Facebook to open up shop in more places around the world and make smart researchers think about joining the company.

And Facebook has in fact been spending a lot of money on research and development — $1.06 billion in the first quarter of this year alone. That’s almost 30 percent of all the revenue that Facebook generated in the quarter ($3.54 billion).

The choice of place is not random. The world of deep learning has ties to Paris. LeCun is from the area, as is Yoshua Bengio, another luminary in the field. Léon Bottou, Gabriel Synnaeve, and Nicolas Usunier, who joined FAIR in March, did academic work there.

“Like the existing FAIR teams in Menlo Park and New York, the Paris team will work on ambitious long-term research projects in image recognition, natural language processing, speech recognition, and the kinds of physical and logical infrastructure required to run these AI systems,” LeCun wrote in a blog post on the news. “It’s our hope that this research will ultimately help us make services like News Feed, photos, and search even better and enable an entirely new set of ways to connect and share.”