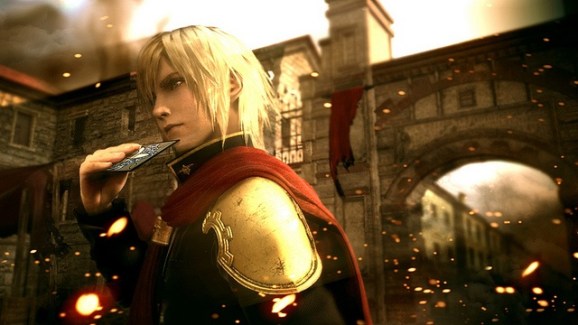 A new Final Fantasy is coming to the PlayStation 4 and Xbox One ... but not to Vita.

Role-playing game Final Fantasy Type-0 HD will come to the PC via Valve’s Steam distribution platform. Square Enix announced the next in the line of console games being brought to PC at the 2015 MSI Computex Gaming Night in Taipei. Its released date and other details will be revealed in the near future, says Siliconera (a site that covers the Japanese gaming scene). The upgraded port of a PlayStation Portable game came to PlayStation 4 and Xbox One in March, and is now moving to PC as Square Enix and other publishers continue to find success with ports on the platform.

Steam has been kind to Japanese role-playing games in particular lately. Sega recently tested this with a digital release of PlayStation 3 strategy game Valkyria Chronicles which did especially well for a six year old game. Similarly, Japanese studio Nihon Falcom announced earlier this year that its port of niche action RPG Ys Origin had toped 200,000 digital copies sold on Steam.

The next game in the franchise, Final Fantasy XV, has been confirmed for release on Xbox One and PlayStation 4, but plans for a PC version have yet to be announced.