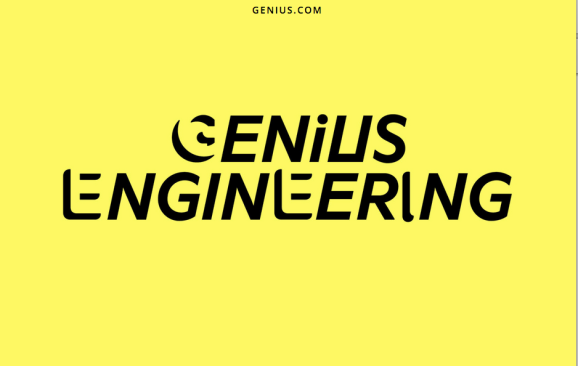 Genius is getting that much closer to its mission of annotating the Web. Today the company is releasing an API that lets app developers access its huge database of annotations and texts.

The impetus for the API came from users. Genius discovered that especially intrepid users had reverse-engineered the Genius app to get the API and started using it to create things like an Android version of the Genius app.

“Once we saw that, we saw there was demand for this,” said cofounder and CEO Tom Lehman.

In 2009, Genius started out as a platform for annotating rap lyrics that rose to fame first under the wing of seed fund Y Combinator. Its recognition was further fueled by a $15 million round of investment from popular venture capitalist Marc Andreessen.

Since then, the startup has experienced some tumult. The company said goodbye to outspoken and controversial cofounder Mahbod Moghadam, took an additional $40 million in funding, and hired and lost longtime New Yorker music editor Sasha Frere-Jones. Along the way it changed the name of the company from Rap Genius to just Genius.

The company has rolled out a total of 14 subjects for annotation, including new music genres like Country, R&B, and Pop, as well as non-music topics like literature, law, tech, and history. Last month the startup also pushed out a slew of new tools for web annotation like a prefix that lets you annotate any webpage, a Chrome extension, and an update to its iOS app.

The new API is the next stage of its plan to make its annotation tools ubiquitous around the Web. The API will let developers view, create, and manage annotations on any piece of text found around the web as well as upvote and downvote annotations from an app.

“You can perform searches against all the meta data that we have,” said Genius full stack engineer John Crepezzi. That includes release dates, information on songs, and artists. “You can search our whole library through the API.”

In addition to the developer API, Genius has also created a new portal for assisting developers in using its new product. The startup is also integrating its Genius platform with Instapaper, an app that lets you save articles and read them later. Now with Instapaper, users will be able to annotate articles as they read them.

At first you’ll only be able to see your own annotations, but eventually you’ll be able to see other people’s as well. Over time Genius hopes that it can integrate Instapaper more fully with the Genius annotation library so that users can access the whole platform from other applications and sites.

Genius has been moving forward steadily since its massive funding raise last year, though investors seem to have no illusions that Genius will show a return on investment in the short term. But there is still a question of how a venture like Genius will ever make money. There are no ads on the site, though Genius seems to get traffic — over 30 million unique pageviews every month.

However, the new API could boost engagement for Genius, helping to build up its reserve of annotations. If it can get the tool to take off among enough users, it might be able to rely on donations down the road, the way Wikipedia does. Otherwise, there’s always ads.