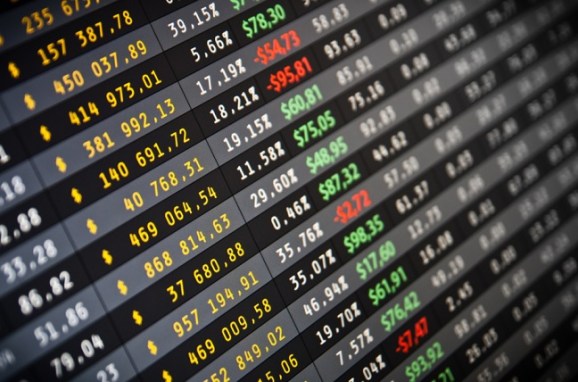 After a decade-long drought, there has been a rush of tech IPOs in the U.S. and Europe, and Index Ventures has been able to observe this at close hand through our investments in companies like Arista Networks, Criteo, Etsy, Hortonworks, Just Eat, King and Zendesk.

A few weeks ago, we invited a number of these startups-turned-public-companies and their advisors to our London offices to share their experience and best practices with the next generation of companies. Members of our finance, operations, and communications communities heard top tips from CFOs and general counsels as well as practitioners from the London Stock Exchange, leading investment banks, law firms and PR advisors.

We’ve decided to share some of the key learnings in this article with everyone who’s considering or already actively planning for an IPO.

Gearing up for IPO

Going public is like a marriage — The wedding is a really important event, but the marriage is far more important. Similarly, what matters most about an IPO is not the transaction, but living life as a public company afterwards.

Don’t get distracted from running your business — The IPO is an event, and the most effective IPOs are the ones where the management teams focus on it as a project but don’t take their eyes off running their businesses.

Start thinking of yourself as a public company well ahead of the IPO — You almost can’t think too far ahead with IPOs. Too many are rushed to market because suddenly the market is ready and there is an opportunity to be seized, etc. Instead, you should take your time and start to think of yourself as a public company well in advance of the transaction. Not everyone in the company needs to do that, but certainly the members of your management team, your accountants, and one or two of your trusted advisors should. Start preparing for IPO early and ensure you have very clean financials and have formed an audit committee as early as possible.

Get to know the bankers and selected public market investors before you start the process — Speak to bankers early on. Having good, friendly relations with a few of the bankers is important; it is an advantage to do that a couple of years ahead. It allows the buy side to see your performance over time, which instills trust. At the same time, maintain optionality and don’t assume you’re going to be with one particular syndicate early on.

However, don’t “dance” with the market if you’re not sure you are going to follow through. You have got to know you are on the path to IPO before you start. A few issuers have danced with the market and then they haven’t gone forward. Investors get bored with that and feel like their time has been wasted; then the next time you do come around, they won’t take you seriously.

Picking the right advisors is key — One of the most critical factors of the entire transaction is picking the right advisors – first the lawyers, and second the bankers. Be very clear about what you need from your advisors. For example, if you need lawyers with tech experience and a strong understanding of your industry, then that narrows the field of possibilities considerably. Ensure there’s chemistry between you and your advisors. You have got to get on with the advisors you pick – you don’t want to be working late nights with people you don’t like.

When you are public, you will have a love/hate relationship with KPIs — The more you give to analysts, the more likely they are to get their consensus right, and that’s a good thing. They feel comfortable, and everyone feels comfortable. The negative with KPIs is the more you give, the more chance you have to fall short on one of them. There’s always this fine line you have to tread between giving them good insight into your business so they can build their models, but not giving them so much that you set yourself up for failure.

Try to get agreement between your shareholders about how they’ll behave in an IPO — Particularly if you’re raising late stage pre-IPO financing rounds, try to get some pre-agreement, whether it’s contractual or a handshake, about how your different shareholders will participate in an IPO. This will avoid a circular discussion where volume is price dependent and price is volume dependent.

The performance of the shares on the first day’s trading is one of the bellwethers that people look at… — But what’s more important is what the stock does when you announce your first set of numbers and where your stock price is then, relative to where you IPO’d. People can forgive a little bit of indigestion on the first day if the price then builds from there and the company delivers on what it said it was going to deliver. There is, however, very little tolerance if you miss your first set of numbers. It’s hard to recover when that happens.

Life as a Public Company

Three of the most important people you need when you’re running a public company are — An Investor Relations (IR) head, internally, who can communicate with analysts in the coded, nuanced language they use. Second, you need a very good external Corporate PR advisor, who will help you convert your investor message into a press message, because press sentiment can massively influence investors. Third, you need at least one trusted advisor (probably one of the brokers), whom you can bring into your inner circle and talk to about anything.

Limit the time you spend on external-facing matters — When you’re running a public company, you could spend much of your time meeting analysts and shareholders, so it’s best to set yourself some rules early on. Carve out certain times of the year for speaking to external people – at important moments such as quarterly and half-yearly statements – and decide that you will not see anyone outside of those few weeks.

Pick non-execs who can help you at a strategic level — You don’t want box-tickers, you want people who are experienced, who know your industry well. You want people who’ve seen it before and can help you through the pitfalls, when they come. Above all, non-executive directors should be there to complement the rest of the board. Look at the skills and knowledge you already have, and ask yourself where the gaps lie.

Ben Holmes is a partner at Index Ventures. His primary areas of focus are games and e-commerce. He has spearheaded the creation of the firm’s games portfolio including investments in King, Playfish (acquired by EA) and Mind Candy. Some of his other investments include iZettle, Just Eat, Notonthehighstreet, Rebtel, Secret Escapes, Shapeways and Trustpilot.