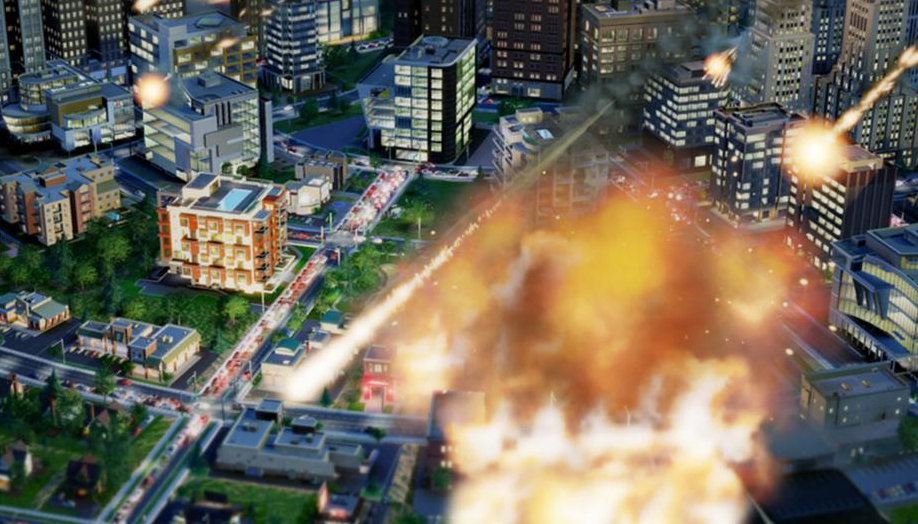 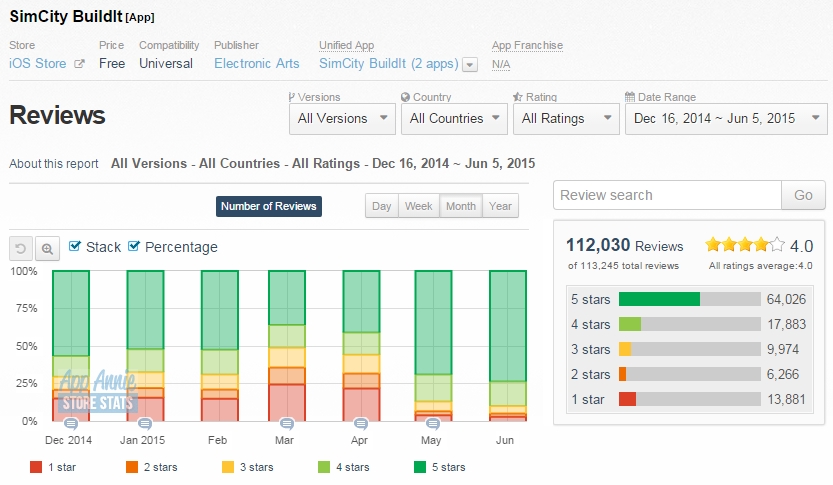 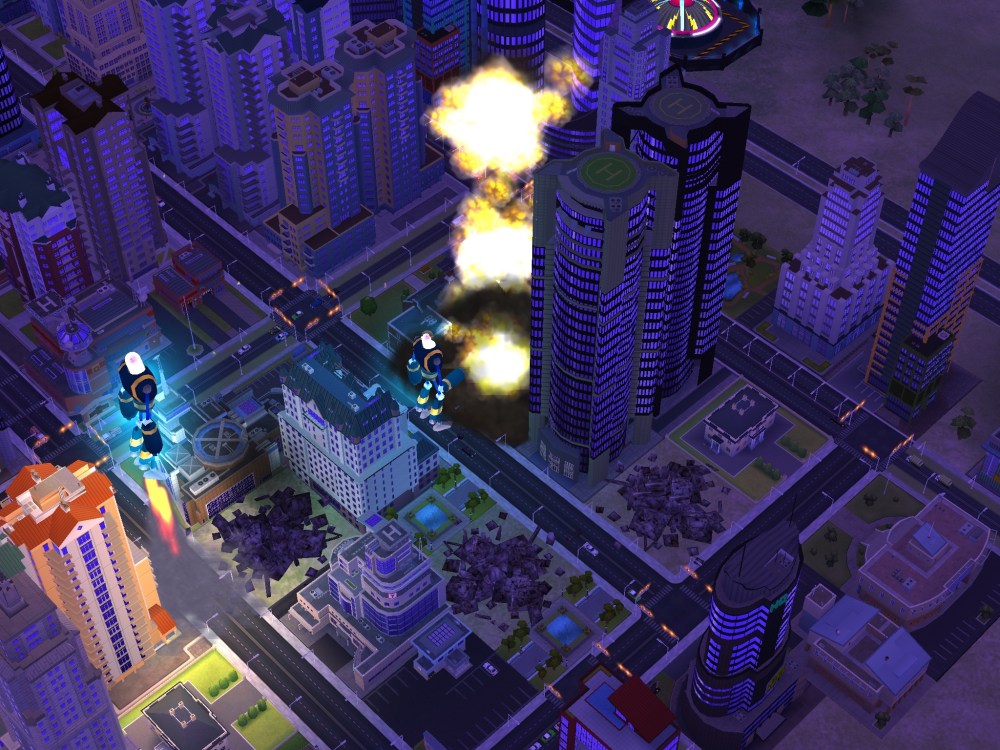 “One of the great things about working on a franchise like SimCity is that we have about 25 years’ worth of history and accumulated knowledge about what SimCity players love,” Willig said. “That’s our starting point. After that, we just ask our players through the community and in more structured research what they like, what they think is cool, compelling. From there, as game-makers we assess what types of new features and content will expand the experience in a meaningful way, what would be the most exciting thing to make that fits with our long term vision for the game, and just take it from there.”

He said the studio, and EA Mobile, are taking the challenge of being the company’s current SimCity flagship with respect. The game is “a material component” of EA’s mobile business, he said.

“SimCity is a cherished, wholly owned EA brand that is getting a new life on mobile. … When millions of people are playing your game every day, there’s always pressure,” he said. “But we like pressure, it means we’re doing something that matters to players. This expression of SimCity on mobile happens to be the most played SimCity game ever on any platform. That’s a big responsibility, and something we take seriously.”

Right now game development is focused on new innovation in BuildIt, he said. EA Mobile is satisfied with the development of aspects like disasters in the game, and doesn’t have any immediate plans for new titles in the series, choosing instead to focus on this one.

“Tracktwenty is focused on taking that game to the next level,” he said. “SimCity BuildIt has only been in the market for just over 6 months, so we have a lot of important work to do.” 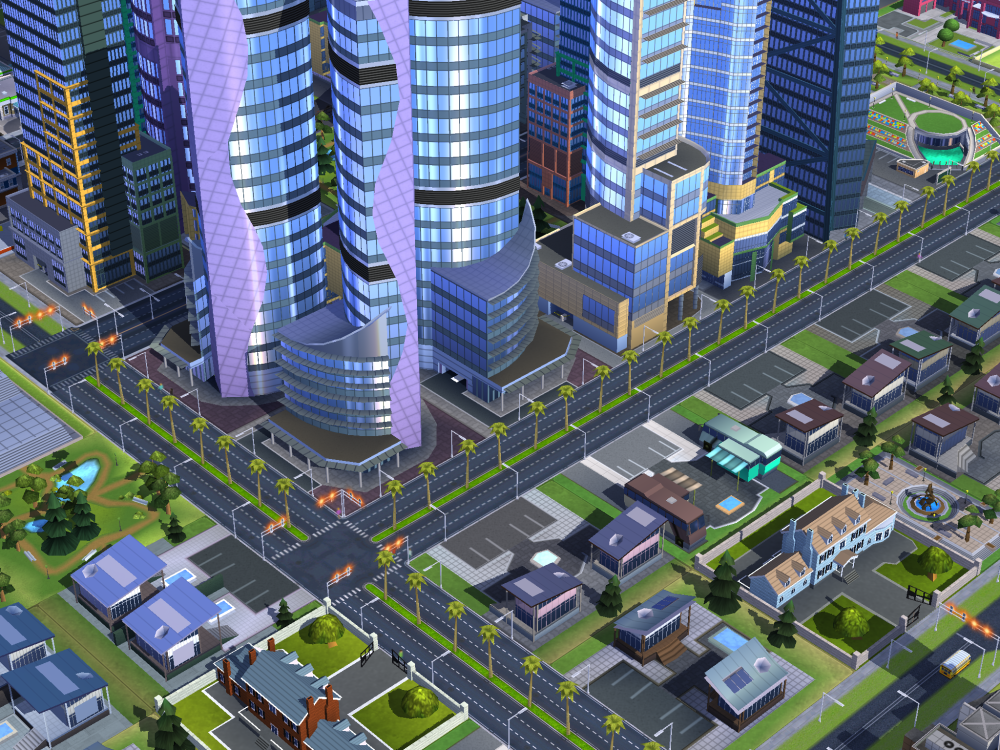 Above: One new feature: roads with palm trees.

“We think designing for mobile devices opens up way more creativity than it closes off. Yes, there are certain processor, memory and interface constraints, but those have existed on consoles for years so we’re pretty comfortable with that stuff,” he said. “The biggest challenge is designing for how our players are engaging with the game, versus how we might want them to engage, and supporting a broad array of play styles while optimizing the experience in just about real-time.

“In this type of game-as-a-service model, there are always compromises — do less, more quickly, versus robust updates that take a lot of time — and it boils down to trusting our players, trusting the data and trusting our gut instincts to make sure they are the right compromises.”

The success of SimCity BuildIt is helping to shape development on other games, he said, adding that one major lesson was that a mobile game could succeed that didn’t make microtransactions a primary target.

“We have learned a lot from the development and launch of SimCity BuildIt. There’s also a very open, collaborative culture within EA Mobile, so those learnings are widely shared,” he said. “I can’t speak for other teams, but I think the principles that underpin SimCity BuildIt are also important to other folks making mobile games at this company: always put your player first, hire great people and create an environment where they can thrive, view monetization as an outcome and not a goal, trust the data but go with your gut instincts, and absolutely don’t compromise when it comes to player experience.”