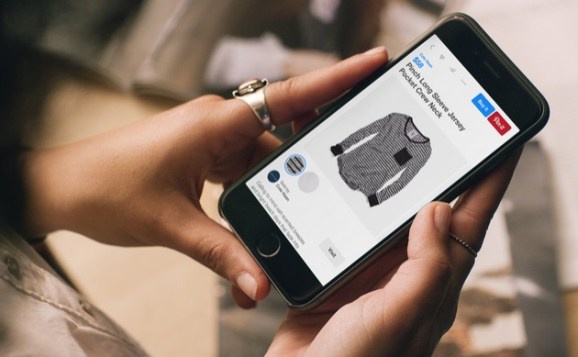 Pinterest took one step closer to bridging the gap between “want” and “have” last week with the release of Buyable Pins, a feature that allows consumers to purchase goods directly within the app. Similarly, Instagram announced three new “action-oriented” buttons – Shop Now, Install Now, and Sign Up – allowing consumers to engage more directly with brands and giving advertisers greater control over audience targeting.

These sales-oriented pins and buttons have serious implications on the future of ecommerce. Between Instagram’s 200 million users and Pinterest’s 70 million, retailers are seeing dollar signs at the prospect of social selling.

But as someone who works closely with smaller ecommerce players, the question that comes to my mind is how these pins and buttons will impact them. What types of sellers and content will “win” on these platforms, and how can the little guys snag a piece of the ecommerce pie?

Let’s start by taking a closer look at the differences between Pinterest and Instagram and how that will affect small retailers’ adoption of buy buttons.

When evaluating both platforms from an ecommerce perspective, Pinterest has a strong lead. The platform is consistently ranked second as a driver of website traffic (notably, Facebook – which owns Instagram – is first by a landslide; data on Instagram’s traffic-driving power is lacking). Additionally, many smaller sellers offer “Pin It” buttons on their product pages, allowing consumers to share their finds with a broader audience.

Buyable Pins is a natural next step for small e-tailers, and interestingly Pinterest has taken pains to directly reach this audience. Beyond partnering with big brands like Macy’s and Nordstrom, it is integrating with ecommerce platforms like Shopify to make the implementation of Buyable Pins seamless for small retailers.

Partnerships with other ecommerce platforms will likely follow, and those that are not on Shopify can request to be added to Pinterest’s waitlist on its blog.

Small retailers’ use of Instagram, on the other hand, tends to be more about growing brand loyalty than driving sales. That’s not to say that sales aren’t a factor (they always are), but the emphasis is on audience growth and social interaction.

Users go on Instagram to see photos of friends or brands/influencers they admire. It’s a very different experience from Pinterest where users go specifically to discover something new, often unrelated to what friends are posting, and sometimes with the intent of future purchase.

What’s more, there’s no Instagram equivalent to a “Pin It” button when shopping on the web – but that’s not the point of the platform. As James Quarles, Global Head of Business and Brand Development, said: “Instagram is not an index or collection of the web where syndicated links matter, it’s about photos people take. You’re not retweeting, regramming, or passing a link on.”

Small businesses have to make a concerted effort to post on Instagram, and this will continue to be the case when the service’s Shop Now button rolls out. Because of this, Instagram buy button adoption among small businesses may be more difficult than in Pinterest’s case where all a business has to do is flip on a switch within their ecommerce platform.

However, for those businesses that are already using Instagram to connect with an audience regularly, buy buttons give them an opportunity to extend their reach and make it easier to convert followers into customers.

The cost to businesses

Anything new that adds value to a business often comes at a cost, and for many small retailers, cost can present an obstacle.

Starting with Pinterest, one of the biggest draws to using Buyable Pins is the lack of a seller’s fee, but that doesn’t mean that retailers are getting a free lunch.

Instead of taking a cut from the retailer’s transaction, Pinterest will make money by selling Promoted Pins – ads that show up in a user’s home feed and in search. Retailers can promote their Buyable Pins to gain more views and, hopefully, more sales. But this means that, at the end of the day, the business with the biggest ad budget will have certain advantages.

The good news is that small businesses on Pinterest can still find an audience for their Buyable Pins organically (Pinterest is a site for discovery after all). But they will need to be savvy about how their products are portrayed in order to do so.

Pinterest is all about visuals – the business with the crispest, most scroll-stopping images will get the most shares and the greatest chance of a purchase. It also doesn’t hurt to think about audience: 85 percent of Pinterest users are female, though the male audience is growing.

As for Instagram, it will be integrating its new ad-buying tools with those of Facebook, offering more sophisticated targeting options based on age, location, gender, and other factors.

Small businesses with a firm grasp on audience targeting will see the greatest results from the Shop Now button, and those familiar with Facebook advertising will be able to make the transition fairly easily.

Pinterest and Instagram’s new buy buttons allow small businesses to use their social channels as an extension of their storefront, like a marketplace. Businesses are responsible for order fulfillment, shipping, and customer service, though it remains to be seen how social channels will deal with retailers who don’t uphold high standards.

It will also be interesting to see whether Pinterest and Instagram will add after-sale tracking and delivery notification to their platforms further down the line. This will allow customers to track all aspects of the sale from the channel in which the purchase was initially made.

Despite these speculations – and despite the similarity to online marketplaces – social commerce has yet to pose a threat to the Amazons and Etsys of the world. While buy buttons are new and exciting, the reality is that it will take time for smaller sellers to adopt them and longer still for revenue from social channels to compete with that from marketplaces.

One thing is certain, though: Buy buttons will give small online retailers an opportunity to expand their brands to people who otherwise would never have found them. They will be able to cultivate new followers and – ultimately – incremental sales.

Harry Whitehouse is chief technology officer and cofounder of Endicia, a company offering shipping technologies and services to small and large e-commerce businesses across the United States. A former Stanford associate professor with more than 35 years of industry and management experience, Whitehouse has led Endicia since its inception in 1982.